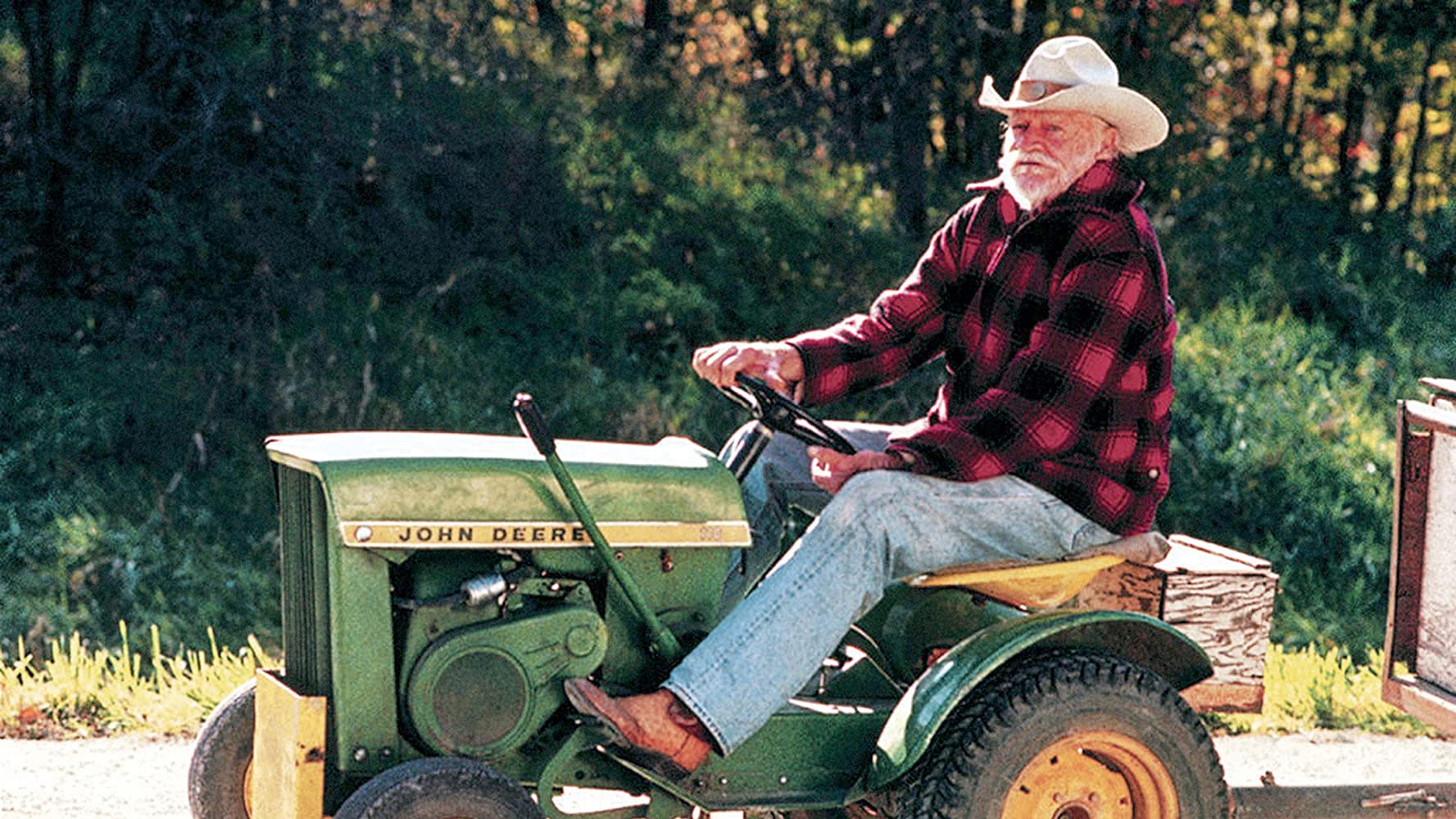 Behold, how good and how pleasant it is for brethren to dwell together in unity! 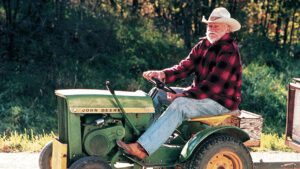 Alvin has to resort to an unusual method of travel to reach his brother. (c) Buena Vista FilmsIt must be the season for directors to break out of their genre and try something different: Wes Craven deviated from the horror film track to direct the inspiring Music of the Heart, and now David Lynch puts aside his bag of bizarre cinematic tricks to direct this gentle film about an old farmer who decides to visit his ailing brother. Only the means of travel are bizarre in the fact-based story. Alvin Straight is at the age when his driver’s license has been suspended. The proud man wants to make the 260 mile trip on his own, so public transportation or rides from others are out. Thus he decides to use Old Red,  his ‘66 John Deere riding mower that will cruise along at 5 miles per hour. At least he will when it is in working order–he suffers the humiliation of setting out and then having to ride back through town on a flatbed truck when it breaks down just a few miles into his journey. His daughter Rosie watches in astonishment as her father marches to the back yard with his shotgun and shoots the machine. And we meet the first in a long line of kindly characters who give aid and comfort to the proud man–the local John Deere dealer who, unable to talk Alvin out of the trip, gives him a good deal on another small tractor-mower.

During his journey of more than six weeks Alvin meets a runaway teenage girl, a convoy of bicyclists, a nearly hysterical woman who has just hit a deer, a fellow WW 2 veteran, and a kindly farm couple intrigued by his determination despite the breakdown of his mower. From each of these we learn more of the man’s background, and gradually also we learn of his broken relationship with his brother and his determination to seek reconciliation. The film’s leisurely, almost languid, pace matches the slow speed of Alvin’s vehicle, setting itself off from another I had just seen, the machine-gun-like action film End of Days. Because it is action fans who crowd the mall cineplexes, The Straight Story is showing up mainly at art house theaters, despite its excellent cast that includes Richard Farnsworth as Alvin, Sissy Spacek as his somewhat slow-witted daughter Rosie, Harry Dean Stanton as brother Lyle, and a wonderful ensemble cast who portray the kind-hearted people whom Alvin meets on the road. The film deserves a larger audience, serving as a tribute to and a testimony that the heartland of America is still alive and well. This is something that few Hollywood films do, most of them either putting down the Midwest as something to escape from, or they regard it as a vast empty space to fly over, real life only taking place on the East or West coasts (remember the famous NEW YORKER cover made into a poster?).

e true story of what happens to Alvin Straight when he travels 260 miles on a John Deere riding mower to see his estranged brother.
Editor Rating ★★★★★5 out of 5
More Details