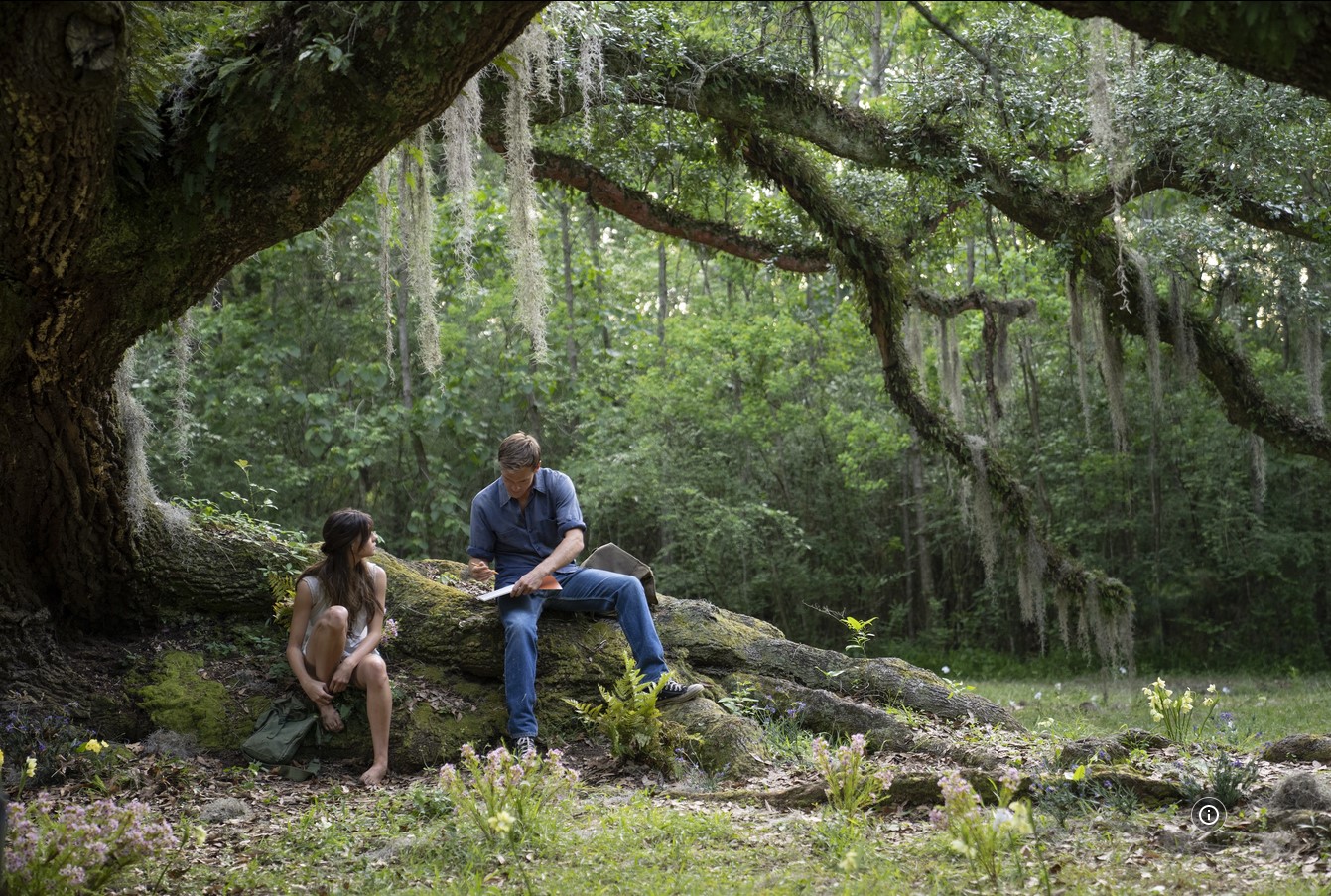 For the needy shall not always be forgotten,
nor the hope of the poor perish forever.

I think what drew me to Delia Owens 2018 novel about a “marsh girl” was that its protagonist, Catherine “Kya” Clark (Jojo Regina as a girl and Daisy Edgar-Jones as an adult), is an outsider, this being one of my favorite genres.* She is befriended by a couple who are even more of outsiders, especially in the Carolinas of the period, the Black store owners. Now that director Olivia Newman and screenwriter Lucy Alibar have brought the novel to the screen I can see better the story’s flaws—but more on that later.

For those who have not read the novel, this highly romanticized Southern gothic tale is part murder mystery, part courtroom drama, and part coming of age. The film jumps back and forth between the 50s when Kya Clark ( and her brothers live in a ramshackle shack with their feuding parents to 1969 when she has lived by herself and become known and derided as “the Marsh Girl.” Over the years the girl is abandoned by her family, first her mother escaping from her husbands abusive treatment, and then for the same reasons her older brothers and sisters, and last of all, by the father himself, no doubt skulking off to drink himself to death. During this period the girl tries out school in the nearby town of Barkley Cove, but she has no shoes and her clothes and hair are unkempt, so the scorn of her classmates is so hurtful that she runs out of the classroom in tears on her very first day.

Of whites only the town lawyer Tom Milton (David Strathairn) is kind to her, but she seldom comes into town, so his influence is minimal—and he never seems to consider the legal details of an adolescent living alone out in the marsh. If it were not for the help of store owners Jumpin (Sterling Macer Jr.) and Mabel (Michael Hyatt), it would not have been possible for her to survive all by herself. I wish that we had been shown more of their lives, but they are more plot devices than rounded out characters—powerful as it is, this could have made the film more impactful!

In flashbacks we see that there is one other child kind to Kya, young Tate Walker (Luke David Blumm) who loves to fish out in the marsh, and thus often encounters her. At first she is too shy to meet face to face, so out in the woods they leave feathers for each other on a stump, their relationship growing closer through the years, culminating in romance. When Tate reaches college age and thus has to say goodbye, he promises they will reunite on the next 4th of July. That day comes, but there is no Tate, nor any note explaining why.

Tate had taught Kya how to read, starting her on the way to becoming a writer. She is a talented artist also, her sketches and paintings of marsh life life showing great promise, or so he thought as he encouraged her interest. He even had left with her a list of publishers to approach for a book, and sometime after his abandonment of her, she uses it to contact a New England publisher. It is a proud me moment when she opens the box and surveys the lovely book she has produced. It is sold in town, though this does not change many minds about her.

Time passes, and enter the town hot shot Chase Andrews. He lives up to his name when he spies Kya in town one day. He has a fiancé but obviously believes this is no impediment with the object of his lust living so far from town. Kya hesitatingly draws closer to him, despite his failure to introduce her to his family or friends. Eventually, as he overplays his hand with her, she breaks away from him.

Chase winds up dead at the bottom of an abandoned lookout tower in the marsh. Was it an accident or murder? The swing door in the top floor is open, so it could be either. Most people think it is, with “The Marsh Girls” as the prime suspect. His grieving parents are concerned that the talisman he wore about his neck, unknown to them given by Kya, is missing. The search of Kya’s house turns up nothing. She has a good alibi, having journeyed to another town to meet with her publisher, but suspicious minds will not give up on her. It is possible that she could have taken the middle of the night bus back to town, kept a rendezvous with Chase, and then slipped back on the early morning bus. Even though no one had seen her, the prosecutor makes his case that she is guilty. Lawyer Tom Milton struggles to present a solid defense, but he is up against years of entrenched prejudice.

The ending is satisfying but a bit jarring due to one small detail that is revealed at the very end. Was legal justice meted out, or cosmic justice. Director Olivia Newman and the screenwriter do the best with the novel, though they fail to provide a satisfactory motive for Tate not to at least let Kya know by a note that he will not return on the 4th. His later excuse seems just like a plot device so as to add to Kya’s misery. Also, as an author who received ten rejections before finding a publisher who would print my first book, I think the film makes it look too easy for someone out in the boondocks to get a book published. And would that the Black couple have been dealt with in a little more detail—so much more could have been made of their lives and their loving support of Kya!

Despite the above qualms, this is an appealing story beautifully photographed. Director of photography Polly Morgan captures memorably the beauty of the marshland and its wild creatures. This is a film, even with its flaws, so much more satisfying than the many bombastic super hero movies glutting our cineplexes!

* In the category “Society’s Outsiders” on my list of Social Justice Films I have almost 50 films listed.

A girl growing up alone in a Southern marsh, forgotten by a lover who goes away & accused of killing another, succeeds as an author.
Editor Rating ★★★★★4 out of 5
More Details