Clive Staples Lewis is back!

HarperOne has just released two new C.S. Lewis books that fans of the prolific Christian author should regard as magical wardrobes—literary doorways that open into the world of Lewis’s creative mind and heart.

That strong recommendation may seem surprising. One obvious criticism of How to Pray and How to be a Christian is that Lewis died 55 years ago! How can these be considered new books worthy of consideration? Here’s our answer: In the best literary tradition, HarperOne’s master editor Michael Maudlin curated the content for these new books from the vast body of Lewis’s work. Think of these books as similar to retrospective exhibitions of great artists. If we are fans of such an artist, then we’ve seen the famous works already. What draws us to take a fresh look is the curator’s eye for bringing together both the famous—and the obscure works. In that same way, these two new books can be considered eye-opening Lewis retrospectives. Using a metaphor familiar to Lewis fans, these books are magical wardrobes combining well known and largely unknown wisdom from Lewis. 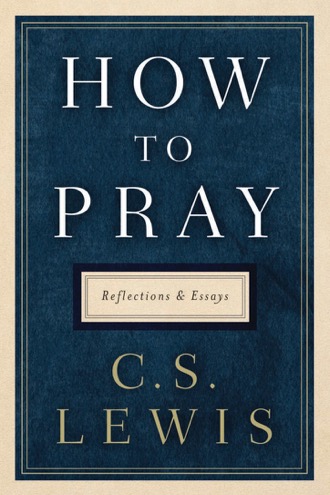 Click the front cover to visit the book’s Amazon page.

At first glance, Lewis fans may respond by saying: I’ve already got a dozen Lewis books on my shelf, including all seven volumes of The Chronicles of Narnia. What’s so valuable in these two new books?

Well, take a moment and check your bookshelves: Do you have Christian Reflections; Collected Letters of C.S. Lewis; God in the Dock—Essays on Theology and Ethics; Letters to an American Lady; Letters to Malcolm—Chiefly on Prayer; Poems; Present Concerns—Journalistic Essays; Reflections on the Psalms; The Weight of Glory and Other Addresses; or The World’s Last Night and Other Essays? All of these are key sources for these two new volumes. These 10 fascinating books almost certainly are missing from most home or church libraries. For example, none of these sources are included in the popular eight-volume boxed set: The C.S. Lewis Signature Classics.

These little-known books are the stars of Maudlin’s curated collections. Through these two new collections, we are likely to wind up pursuing new adventures in reading with the beloved Oxford-Cambridge scholar and creator of Narnia. 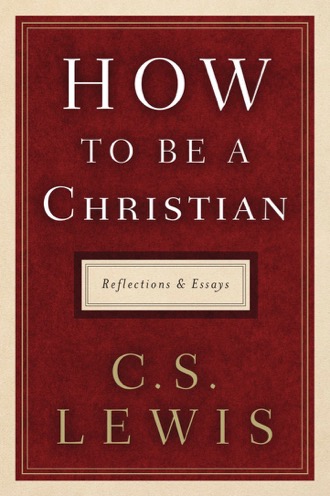 Click the front cover to visit the book’s Amazon page.

These days, the term “bestseller” has lost any specific meaning. The term can refer to books that are selling well in a small niche on Amazon; it may mean that 10,000 copies have sold in a particular genre; it often means that more than 100,000 copies have been sold overall; and the word can also be shorthand for inclusion on prestigious bestsellers lists, such as the ones in The New York Times. In other words, the term has been cheapened by overuse.

Compared with all those common references, C.S. Lewis is in a higher universe of bestsellers. His Chronicles of Narnia series has sold more than 100 million copies! That’s way up in the stratosphere of worldwide favorites such as Harry Potter, Perry Mason, Nancy Drew, Peter Rabbit, The Hobbit and Alice’s Adventures in Wonderland.

“Over the past 12 months, 1.8 million copies of C.S. Lewis’s books have sold,” said Judith Curr, the new President and Publisher of the HarperOne, Amistad and Rayo imprints under HarperCollins. Curr talked with ReadTheSpirit in an interview recently. “Of that total, about 1 million were Narnia and Narnia-related books. The rest were Lewis’s other titles. Among those, the most popular is still Mere Christianity, which sells more than 200,000 copies a year.”

Curr was brought in this year from Simon & Schuster to expand the work of all three imprints. HarperOne is best known as the publisher of such bestselling contemporary Christian writers as Marcus Borg, N.T. Wright, Dom Crossan, Rob Bell and Barbara Brown Taylor. In addition to expanding the list of titles at HarperOne, Curr also has been asked to grow the lists at Amistad, a longstanding African-American imprint, and Rayo, a Spanish-language imprint.

In simple terms, C.S. Lewis is a foundation stone at HarperOne. His backlist shores up the publishing house’s bottom line, year after year. As Curr plans to develop her cluster of imprints, she is praying that HarperCollins can bank on more decades of C.S. Lewis’s popularity. 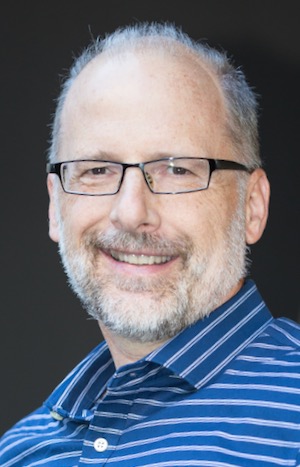 Among the HarperOne professionals, Maudlin spends the most time as Lewis’s supervising editor. “I’m often asked to explain why Lewis remains so popular half a century after his death,” Maudlin said in a recent interview. “There are at least three reasons.”

LEWIS IS NOT BURDENED WITH EVANGELICAL JARGON—”A lot of the so-called ‘Christian’ bestsellers today are written in an evangelical jargon that has become almost a separate language,” Maudlin said. “If you come from that evangelical world, then you may feel right at home. That specialized language used in American evangelical churches seems quite natural in that world. But, if you’re not familiar with that world—if you’re part of the general public who doesn’t attend those churches already—then this style of evangelical writing can seem like a tribal barrier. I think that’s the first reason Lewis’s books continue to be so successful. He didn’t write in our contemporary American evangelical style. He wrote in a different time and from a different place. He addressed readers in language that still comes across as fresh and direct and engaging. What’s even more impressive is that Lewis also managed to write with such depth that people who have been Christians for many years also find that his books are profound and can deepen their faith.”

LEWIS INVITES READERS ON AN ADVENTURE—”The second reason may surprise some of Lewis’s fans because they know that he was famous as a Christian apologist,” a world-famous specialist in defending Christianity from critics. Lewis was popular for laying out his arguments point by point in logical fashion. “The real truth about Lewis’s appeal is easy to miss, because he was so good at apologetics. The truth is that he really was not selling Christianity on the basis of these logical arguments. What he really was good at was inviting us on an adventure. Over and over again, he was telling readers: ‘God has intervened in the world! Don’t you want to explore what’s happening?’ That’s why his Narnia books are his most popular. Lewis’s strongest appeal isn’t in convincing readers to try Christianity on the basis of sheer logic. No, what he’s saying is: ‘Come along! Join Aslan! Enjoy our heroic adventure!’ ”

LEWIS IS A MASTER TEACHER—“Then, I would say the third reason is his brilliance as a teacher,” Maudlin said. “Lewis was both a deep academician and a populist—and managed to use both of his strengths in the way he wrote and taught. His own reading list was huge! He read ancient classics. He enjoyed science fiction. He enjoyed popular books. He imbibed deeply from many genres. He wrote in many genres. What runs through all of that work is his sure hand as an uncommonly gifted teacher.”

Evidence of all three forces is the feeling readers find welling up in themselves as they read Lewis’s books, Maudlin said. “When you finish reading one of his books, the main response isn’t usually one of feeling that you’re right or vindicated. Even though Lewis often writes in a logical way, his books are not an intellectual exercise aimed merely at having you think in a certain way. Something larger, or deeper, happens when you read his books. You feel ennobled. His books draw on your heart and character. His books evoke something that’s rare today: ennoblement. You feel like a better person for having read his books.”

Michael Maudlin isn’t alone in his reflections on Lewis. The fact is that teachers, preachers, journalists and a host of other community leaders draw on Lewis every day in one way or another. Lewis’s fans continue to invite others along on the great adventure.

If you doubt this, try an experiment. Go to the Google News search page and type in C.S. Lewis. That search engine is designed to pull only the most recent postings from news organizations. On any given day, you will find Google reporting dozens of fresh headlines. 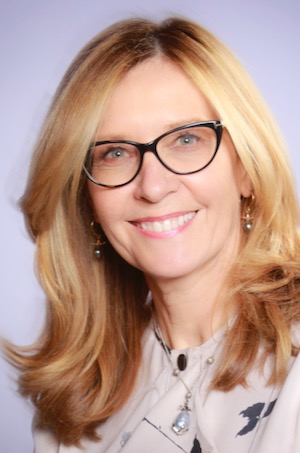 “I see this all the time,” said Judith Curr. “People want a moral compass. Other writers, including journalists, are continually asking themselves: Where can I go for some wisdom on this particular subject? Who can I go to for some spiritual-religious-hybrid guidance? Who can I point to who won’t be dismissed by my readers because the source is too tainted by the divisions in contemporary society? Well, C.S. Lewis often is the answer.

“One recent example I can point to is a David Brooks column in The New York Times that opens with a long reference to Lewis,” Curr said.

She was referring to a July 16 column by Brooks, headlined, The Murder-Suicide of the West—Trump forcefully caps off years of deterioration in European-American ties. How could Brooks possibly connect Lewis with such a subject? Well, as he started his Opinion piece, Brooks wrote:

When C.S. Lewis was a boy, his mother died. “With my mother’s death,” he wrote, “all settled happiness, all that was tranquil and reliable, disappeared from my life. There was to be much fun, many pleasures, many stabs of Joy; but no more of the old security. It was sea and islands now; the great continent had sunk like Atlantis.” It may seem melodramatic, but that passage comes to mind when I think of the death of America’s relationship with Europe.

That’s why new C.S. Lewis collections like these two new volumes are so valuable. More than half a century after his passing, Lewis remains as current as our daily headlines.

“The problem is that most people have not read the breadth of Lewis’s work,” Maudlin said. “A critic could mistake these new books as a crass commercial venture, but I assure you that is not why I spent all this time working on them. In creating these books, we’re trying to offer new possibilities—things that most readers have never seen—new doorways.

“I’m one of the few people who reads, and re-reads, the whole C.S. Lewis canon, including his letters and his lesser-known works. By creating these new collections, I’m showing readers how these Lewis touch-points run throughout his entire body of work, whether in his major books, his letters or his public talks. What we’re doing in these new books is inviting readers to come along on a classic Lewis adventure. We’re saying: ‘Come on! Let’s do some treasure hunting.”