ENDANGERED HOLY SITES IN UKRAINE—This is the current Al-Salam mosque and cultural center in Odessa in southern Ukraine. Muslims in Odessa are especially anxious about Russian attacks in this region, because many families recall the 20th century devastation during Soviet religious oppression across the USSR. For many centuries, Odessa has had a prominent Muslim community. However, Soviet officials ordered the demolition of the landmark Odessa mosque and even destroyed a nearby Muslim cemetery. After the breakup of the USSR, this current mosque and cultural center was completed in 2001. So far, it has not been damaged by recent Russian shelling across Ukraine. (Note: This photo by “Pyhpyh” can be shared via Wikimedia Commons. More photos are below.)

By VICTOR BEGG
Author of Our Muslim Neighbors

As families gather during Lent, Passover and Ramadan, our three Abrahamic faiths remind us of our responsibility for each other and for our world.

What brought these religious observances together? And what is the significance of it?

The answer to the first question lies in the lunar cycles that play an important role in our ancient traditions. At the time of Jesus and the biblical prophets, people followed a lunar calendar, not a solar calendar. Dates changed each year due to the monthly phases of the moon. Because lunar calendars result in a 354-day year, Judaism and Christianity developed ways to adjust their calendars to keep holidays and festivals in the same seasons each year. However, Ramadan always is the ninth month of the Islamic lunar calendar and Islamic tradition does not “correct” the lunar cycles—so the fasting month moves “earlier” by about 11 days each year.

That’s why, after coinciding with Passover and Easter this year and again in 2023, this convergence won’t happen again for about 30 years!

Then, what is the significance as these three observances coincide?

First, pausing to think about these movements of our calendars is a reminder of how much our faiths share. All three holiday observances are calculated, in part, by cycles of the moon.

And there’s so much more. We live in religiously diverse communities in which all three of our faiths are calling us, this month, to ask ourselves: How can the spirit of our holy seasons manifest in peaceful neighborhoods and beyond to a global spring of peace? We face strife and divisions in America and around the world. How can we transfer the moral lessons of moderation, repentance and self-denial into actions that lessen conflict?

Fasting is a pillar of faith that naturally brings humility and peace in human behaviors. All three faiths have traditional periods of fasting. While most American Christians do not practice fasting during Lent, these days—Eastern Orthodox Christians still observe a 40-day Fast of Great Lent, when observant Orthodox Christians deny themselves many foods.

There is timeless wisdom in this practice of fasting that leaves less energy to foster violence and aggression—a much-needed grace in this increasingly violent era. Refraining from food for a period also reminds those who are blessed with refrigerators full of food of those who lack basic sustenance.

Many Christians will see in the suffering of Jesus a reminder to be more concerned for the suffering of people in today’s world. Jesus fed the hungry. Muslims observe an entire month of fasting to seek God consciousness, together with another pillar of our faith that ordains giving zakat or alms—an act that naturally helps us to identify with the hungry and the poor. At Passover, Jews recite “Let all who are hungry come and eat” to welcome strangers to their Seder and provide food for anybody in need.

This month is a reminder to all of us that we bear a responsibility for the millions around the world facing malnutrition and starvation.

The knowledge that our faiths have such common religious values should be an impetus to work together to address this global need.

Today, more clergy are committed to inter-religious cooperation, because we have a better understanding of changing demographics. Many of today’s American families include more than one religion. A Pew Research study highlights: “One-in-five U.S. adults were raised in interfaith homes.” The same research shows there’s little discord in multi-faith families and millennials are more likely to have been raised in households with mixed religious identities. This trend will only continue with the changing landscape of America.

The recognition that we share this holy time makes America stand out among the nations of the world—more than an economic and military power. It is the idea of our Founding Fathers: “One Nation Under God.” 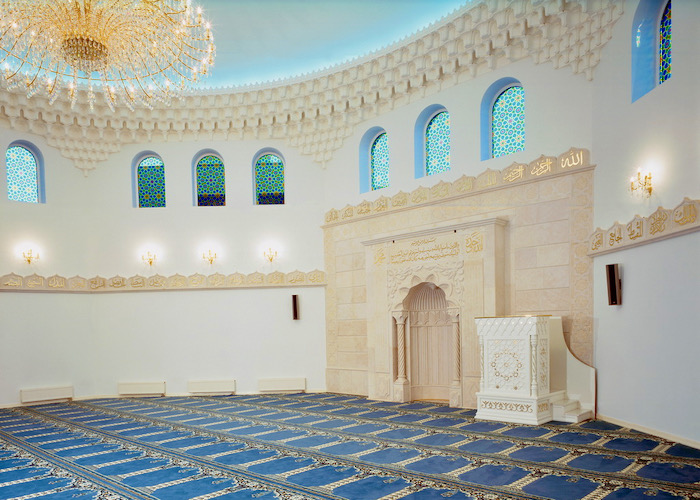 Interior of the Al-Salam mosque and cultural center in Odessa. (Wikimedia Commons) 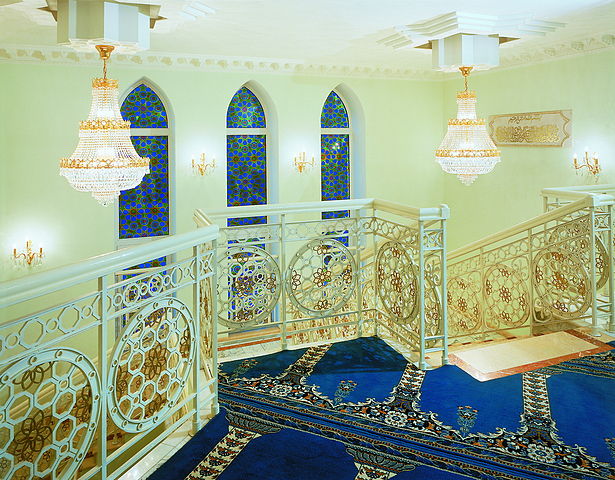 And for more on Victor Begg …

Get a copy of his book ‘Our Muslim Neighbors.’ The book is available on Amazon in hardcover, paperback, Kindle and audio—as well as from other online and independent bookstores.

The American Dream is alive and well in this memoir of a Muslim immigrant from India who arrived planning to start a business, working so hard toward his personal goals that he even pumped gas and sold vacuum cleaners door to door. Victor Begg successfully built a thriving, regional chain of furniture stores. Along the way, he discovered that America’s greatest promise lies in building healthy communities with our neighbors.

“In one book, I have come to understand much more about Islam, its followers and its teachings,” Rabbi Bruce Benson writes in the book’s Foreword. “I’ve come to realize that the challenges Muslim immigrants have faced are similar to what Jews and many other immigrant groups have experienced as they tried to settle in America. By the end of this book, I hurt with Victor and I laugh with him, because—as Americans—we share so much. We are him. His journey is our journey. This is our story.”