Do you believe in angels? Do you believe that there are people who come into our lives at just the right moment when we need something special?

When I got the invitation to create this Top 10 list of my favorite happy tunes—I certainly wasn’t feeling happy. In fact, I had hit the headache lottery! The road is torn up for construction in front of my house. I’ve got water damage in two of my bathrooms. Workmen are coming to the house. Have you ever had such crises pile up in your life?

Well, sometimes when that happens to me—an angel appears. You know, a friend who steps in at just the right moment. And, in this case, that old friend was journalist David Crumm—who happens to know that I have a little super power I can turn to in the bluest of blue times. I’m a musician. I sing. In fact, I’m a professional known for lifting the spirits of men and women by striking up a happy tune.

David’s call to create this Top 10 list came to me on friendly angel’s wings. At least, that’s how I think about such coincidences—what Suzy Farbman likes to call God Signs.

In fact, David had done this before. Back in 2004, there also was a construction crew tearing up the road in front of our house, leading to all sorts of frustrations in our neighborhood. And, back then, we also had problems with the house, meaning that workmen were tromping around the place.

Of course, none of that stopped me in 2004 and it didn’t stop me this spring, either. After all, I’ve faced far greater odds. I’m a survivor of ovarian cancer. When David first reported on my work to raise awareness about ovarian cancer back in 2004, I had just released a wonderful CD with the Cliff Monear Trio. The proceeds from the sale of that CD would go to help anyone dealing with cancer.

And now, with the road torn up and the workmen in my house again? David, once again, invites me to share a story? I mean: You’ve got to believe in angels, right?

What’s more—I still believe in the power of song to lift our spirits whatever we are facing—from cancer to construction, water damage to the daily woes that can assail any of us.

Now, I do have one cautionary note to add: David limited me to 10 songs. Truth be told, there are many other songs that I wanted to include, but couldn’t. And, you may have some favorite songs that you wish I would have named. If so, please—chime in! Add a comment below or send an email to [email protected]

WHO IS ELAINE GREENBERG? 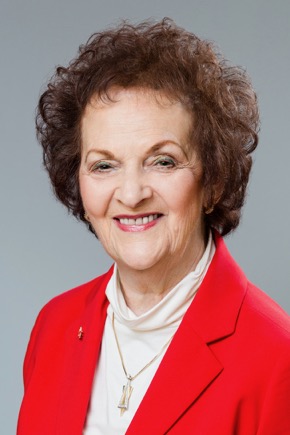 I was born on Nov. 29, 1935 in Minneapolis. It was the day after Thanksgiving and my mother thought her pain was due to too much turkey. No, it was me. Maybe that was an omen of what my life would be like—a bit of a mischief maker, always getting into some kind of trouble because I always want to know what makes the world and everyone in it “tick.”

I spent my first 19 years in Minneapolis, much of it singing whenever and wherever I could. Somewhere during those formative years I developed a strong spiritual connection to Judaism, and realized there was a higher being watching over me. That faith has been confirmed over and over, since then.

My husband and I moved to the Detroit area for an engineering job at Holley Carburetor where he would learn to work with this new monstrous machine called a computer. Eventually he would be hired at Ford Motor Co. working in the robotics center. I was a stay-at-home mom to our four children born in six years (a set of twins included) but knew there was more in my future than being a housewife.

I enrolled in music courses at Oakland Community College with the hope of eventually winding up in a university program. However, fate and that higher being had other plans for me. My neighbors approached me about teaching their children piano and with the help of a piano teacher I knew, I began teaching piano as well as voice in my home for about 35 years.

I loved working with children and music. About the same time Cantor Harold Orbach (of blessed memory), the Cantor at Temple Israel where we were members, approached me about taking over the Children’s Choir that sang every single Saturday Service for Shabbat. Once again fate stepped in, and I conducted those wonderful children for 31 years and I loved that, too.

Our children matured into fine young people, got married and presented us with grandchildren and great grandchildren. We had the usual trials, successes and all that goes with raising a family. However, on January 10, 2000, we hit a big bump in our road. I was diagnosed with ovarian cancer. It was a traumatic turn of events and each family member could tell you their version of how they reacted.

Me? Well I wasn’t angry, but I was determined to live—through music, laughter and my belief in God. It has worked for 18 years and I am now 82 years young. Has the diagnosis of this horrid disease taken its toll? Yup. However, it has also given me the knowledge of what a strong woman I am. I have been involved in recording a CD and a yearly jazz concert with all proceeds going to help cancer survivors. We used the funds from the CD and the Jazz Concert to deliver the most wonderful bags, filled to the brim with items, to cancer patients receiving chemo or radiation—thereby meeting the brave and courageous people receiving their treatments.

I am also the Great Lakes Regional Coordinator for a national program called “Survivors Teaching Students: Saving Women’s Lives.” I have women in five states who I train and work with to speak to future health professionals. The women tell the students their stories as they make them aware of symptoms and risk factors of the disease. As of 2017 the program is in 281 health care facilities and is still expanding. We have reached 11,000 students and have 900 volunteers in the program.

Last year I was one of the “8 over 80” honorees of a local event that honors 8 people over 80 who have made a difference in the Jewish and secular community. I was so very touched with this wonderful award.

And, yes, I am still singing.