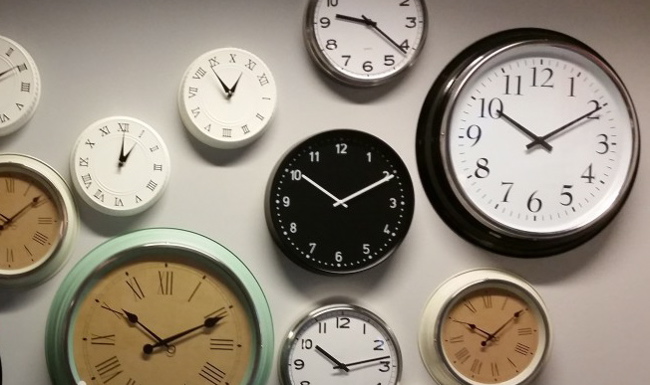 SUNDAY, MARCH 11: At 2 a.m. today, it’s time for spring—or, at least, to “spring” clocks forward by one hour, as Daylight Savings Time begins. First proposed by New Zealand’s George Vernon Hudson in 1895, the concept of Daylight Savings Time was originally proposed to utilize after-work hours for leisure activities with extra daylight. Though DST has fallen in and out of favor for decades, it is still widely used today throughout Europe and most of the United States.

DST: Did it begin with a Founding Father? Americans like to name Benjamin Franklin as the first proponent of Daylight Savings Time, because of a satirical essay he published while serving as an American envoy to Paris in 1784. Among other things, he urged the ringing of church bells and the firing of canons to get Parisians out of bed earlier each morning. However, historians now say that’s not the same as proposing Daylight Savings Time, which refers to a public shift in timekeeping. The 18th-century world had no concept of nationally standardized timekeeping, as we do today. Thus, many contemporary scholars don’t credit Ben with this particular innovation.

DAYLIGHT SAVINGS TODAY—AND ACROSS THE WORLD

Not all states in America practice Daylight Savings Time, and currently, several states are in the midst of deciding whether or not to keep Daylight Savings Time. Around the globe, Europe still relies heavily on DST, while Asia, Australia and Africa largely use standard time.