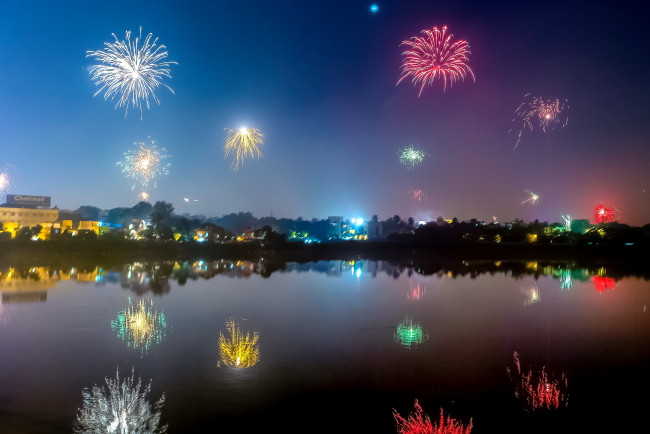 Today begins Diwali, the ancient Hindu festival of lights. In recognition of the triumph of light over darkness, Diwali bears great significance for Hindus, Jains and Sikhs alike; as awareness of Indian culture spreads, major celebrations now are hosted around the world.

This year, more than 1 billion people will be celebrating Diwali: from celebrations in Chicago to Edinburgh to Stockhom to Dubai, the colors and culture of India span the globe. (But, please note: Dates and spellings of Diwali may vary by country and region. This festival is also called Deepavali, or Dipavali.) 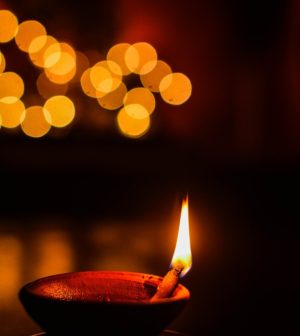 A Hindu diya lamp for Diwali. Photo courtesy of Pixabay

Preparations for Diwali begin weeks in advance, so a flurry of pre-Diwali activity can be seen in most cities of India. In a shopping extravaganza, gold jewelry, fine clothing, sweet treats and household goods fly off racks in marketplaces across India. At home, surfaces are scrubbed clean, women and children decorate entrances with Rangoli and men string strands of lights. Official celebrations begin two days before Diwali, and end two days after Diwali—spanning a total of five days. During this five-day period, the old year closes and a new year is rung in.

In the two days prior to Diwali, celebrants wrap up their shopping, bake sweets and bathe with fragrant oils. On Diwali, excitement builds as evening approaches. While donning new clothing, diyas (earthen lamps, filled with oil) are lit, prayers are offered to deities and many households welcome Lakshmi, the goddess of wealth and prosperity who is believed to roam the earth on Diwali night. To receive the blessings of Lakshmi tonight means a good year ahead. The night’s extravaganza is a sky ablaze with fireworks. And, families gather for a feast of sweets and desserts.