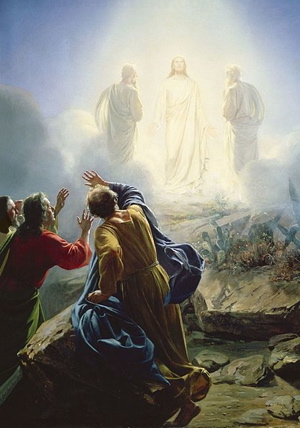 A painted rendering of the Transfiguration by Carl Bloch. Photo courtesy of Wikimedia Commons

MONDAY, AUGUST 6: An event shrouded in mystery and revered by St. Thomas Aquinas as “the greatest miracle” is recalled by both Eastern and Western Christians today, on the Feast of the Transfiguration of Our Lord. (Note: Catholic and most Orthodox churches mark this feast on August 6, though many American Protestant congregations, among them United Methodist and some Lutheran churches, celebrated Jesus’s transfiguration much earlier this year as part of their Epiphany season.)