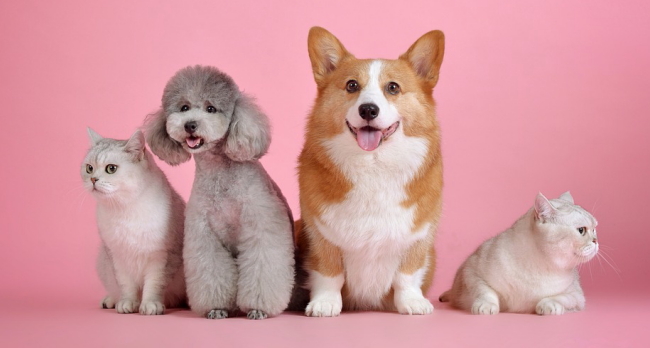 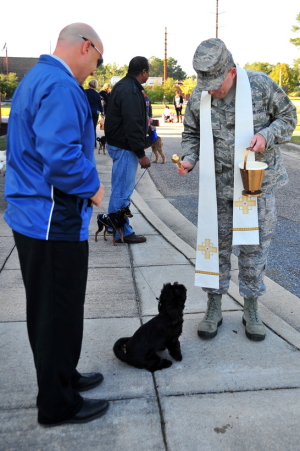 The Vatican recently confirmed that Pope Francis will travel to Assisi—the place of his namesake—for the Feast of St. Francis of Assisi. This will be the Pope’s first time in the birthplace of St. Francis. Photo courtesy of Wikimedia Commons

FRIDAY, OCTOBER 4: A holiday that largely has become an opportunity for pet lovers to celebrate spiritual connections with animals has, this year, been eclipsed by the news out of the Vatican by the current “real” Francis—Pope Francis.

Francis already made front-page headlines around the world for his bombshell interview. (In addition to that story, the OurValues project explored Francis’ overture in a five-part series. Looking for movies on Francis? Check out four reviews from a leading national film critic, at Visual Parables ). Clearly, this is a Pope on the move! This week, journalists from around the globe will be covering Francis once again. He has chosen the annual feast of St. Francis as the high point of his first gathering with the eight Catholic cardinals from around the world who will consult with him in reforming the Vatican.

Many correspondents already have been filing stories about this gathering—because of Pope Francis’s news-savvy choice of the meeting place: Assisi. The pontiff, who has lived most of his life in South America, has never visited Assisi. On October 4, his one-day pilgrimage to Assisi will include the eight cardinals from around the world who are charged with helping to advise him as he reforms the Vatican and its relationship with the global church. He will meet with these cardinals for three days inside the Vatican from October 1 to 3, then they will travel together to Assisi.

The Vatican has just released the Pope’s official schedule in Assisi, moving throughout the day between private time, time with his eight advisers—and time with ordinary people, as well. He will begin at 8 a.m. in Assisi with a visit to the Serafico Institute, a religious charitable institution that cares for sick and disabled children. He will spend a half an hour with the children. Then, he will move on to visit “the Shrine of San Damian where St. Francis had his conversion after hearing the voice of Jesus,” the Vatican itinerary says. By 9:20, he will reach the Archbishop of Assisi’s residence and will visit “the famous room where St. Francis stripped off his clothes and gave them back to his father and from then on lived a life of poverty dedicated to Christ. In this room, the Pope will meet poor people” who are assisted through Catholic programs.

Mid-day, the group will visit St. Francis’ tomb and will celebrate a huge Mass in St. Francis Square. Early afternoon, the Pope will lunch with the poor people who are being assisted in Catholic programs. The afternoon is devoted to meetings with various groups: clergy, religious sisters, members of regional pastoral councils, professionals working with the poor and vulnerable. He will conclude with a speech in the square focused on young people—and will spend time meeting and talking with young people. Then, he and his eight counselors will head back to the Vatican.

Pope Francis knows that St. Francis is honored by Christians and non-Christians, especially including Muslims who see Francis as an early interfaith peacemaker. Historically, no other medieval saint is better documented than St. Francis: personal writings, Order rules, disciples’ accounts and multiple biographies add to the many volumes penned about his life and ideas.

Born Giovanni di Pietro di Bernadone in 1181/82 CE, the patron saint of Italy enjoyed a childhood of wealth and luxury before cutting ties with his material-minded father and strictly following the ways of Christ. Disciples slowly gathered to his side, and Francis went on to found the men’s Order of Friars Minor and the women’s Order of St. Clare—no easy task, at a time when an Order required authorization from a skeptical pope. Though never officially ordained, Francis led the Order, which grew at a rate unparalleled to other religious orders of the time. To maintain organization, Francis created a Rule of the Order: “to observe the Holy Gospel of our Lord Jesus Christ, living in obedience without anything of our own and in chastity.” Well known for his passion for animals, the environment and all of creation, even modern believers can gain inspiration: during World Environment Day 1982, Catholics were put to the challenge of caring for creation with the same love as St. Francis, acting not as predators, but as stewards.

Did you know? St. Francis of Assisi received the stigmata in 1224 CE, making him the first recorded person to receive these wounds regarded as a sacred sign in Christian tradition.

Already this week, Pope Francis has talked publicly about the Spirit of Assisi, referring to the historic 1986 World Day of Prayer for Peace at which Pope John Paul II hosted 160 religious leaders from around the world to pray and fast for peace in Assisi. A Vatican Radio report summarized the pontiff’s talk this way:

The Pope pointed out that in the past few months it has become evident that the world needs the “spirit” that sparked that historic 1986 meeting. He said “we must never resign ourselves to the pain of entire peoples who are hostages of war, poverty, exploitation. We must not stand by helpless and indifferent before the tragedy of children, families and elderly people who are affected by violence. We can not allow terrorism to imprison the heart of a few violent people and to sow so much death and pain. Let us all say out loud, without interruption, that there can be no religious justification for violence; in whatever way it manifests itself. As Pope Benedict XVI pointed out two years ago, on the 25th anniversary of the Assisi meeting, all forms of religiously motivated violence must be stamped out, and together we must make sure the world does not fall prey to that violence that is contained in every project of civilization which is based on a ‘no’ to God.”

The Pope also said: “As leaders of the different religions we can do much. Peace is everyone’s responsibility. Praying for peace, working for peace! A religious leader is always a man of peace, because the commandment of peace is inscribed in the depths of the religious traditions we represent. But what can we do?”