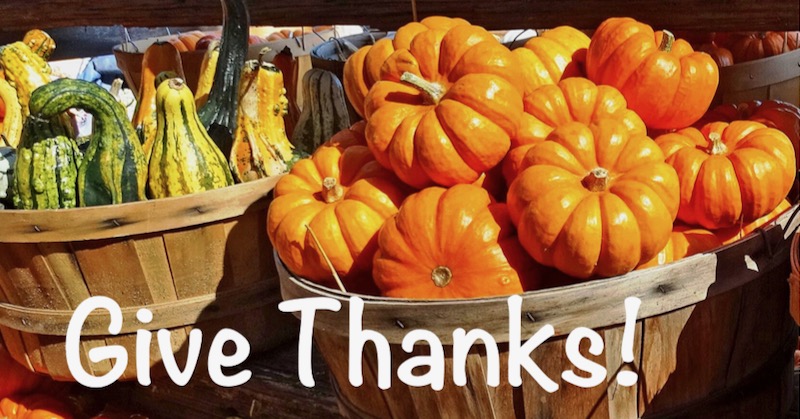 I do therefore invite my fellow citizens in every part of the United States … to set apart and observe the last Thursday of November next, as a day of Thanksgiving and Praise to our beneficent Father who dwelleth in the Heavens.
Abraham Lincoln, October 1863, Proclamation for Thanksgiving

THURSDAY, NOVEMBER 22: Count your blessings and savor the smells and tastes of the season, for the holiday of (American) Thanksgiving. Many foods common on the Thanksgiving table are native to North America and to the season, such as corn, sweet potatoes, pumpkin, squashes and cranberries.

Mealtime prayers and worship services are still common on this holiday of gratitude. 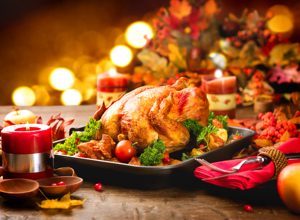 Though earlier thanks-giving events took place through the centuries, it was in 1621 that the feast shared by Pilgrims and Wampanoag Native Americans, in Plymouth, that would become today’s American Thanksgiving. Lincoln may be the founder of our annual holiday tradition, but that very early cross-cultural dinner in Plymouth still inspires millions of Americans.

That Thanksgiving celebration melded two very different cultures: the Wampanoag and the Europeans. For the Wampanoag, giving thanks for the Creator’s gifts was an established custom. A plentiful harvest was just one of several reasons for a Wampanoag ceremony of thanks. For European Pilgrims, English harvest festivals were about rejoicing, and after the bountiful harvest of 1621 and amicable relations between the Wampanoag and the Europeans, no one could deny the desire for a plentiful shared feast. The “first” Thanksgiving took place over three days, and was attended by approximately 50 Pilgrims and 90 Native Americans.