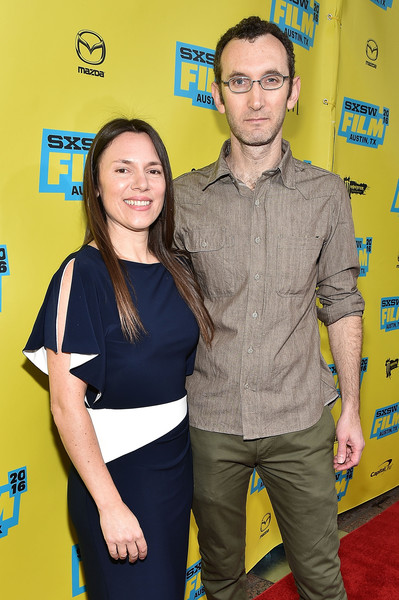 These are the things that you shall do: Speak the truth to one another, render in your gates judgments that are true and make for peace,


You desire truth in the inward being; therefore teach me wisdom in my secret heart.


For there is no truth in their mouths; their hearts are destruction; their throats are open graves; they flatter with their tongues.

The new documentary by Amanda McBaine and Jesse Moss is an interesting look at our democratic process in miniature, as seen at a Boys State meeting, one of 49 held each year in every state but Hawaii since the mid Thirties, sponsored by the American Legion. They have become quite a tradition, influencing such attendees as Bill Clinton, Dick Cheney, Cory Booker, and Samuel Alito. This one was held in Austin Texas, where some 1100 17-year-old boys gathered to choose parties and platforms and campaign for various state offices, the climax being the last two days when the boys able to garner enough support campaigned for Boys’ State Governor. The film won the U.S. Grand Jury Prize at Sundance, and after viewing it, I can understand why. Like American Factory, this is a compelling cinema verite documentary, with the filmmakers allowing the stories to emerge. That they were able to identify three standouts at the beginning is an amazing stroke of luck, enhanced by the filmmakers’ instincts.

As the boys travel on buses and mingle in Austin we see that they reflect what  is going on in Washington, D.C. and around the nation. The week will prove to be an exhausting week for all concerned due to the total immersion of everyone in the simulation. This filmed session took place in the summer of 2018, and everyone was wondering what might happen because the year before the process had gone off the rails with the boys voting to secede from the nation. There were some similar silly antics at this event also, but these were quickly brushed aside by the talented boys who took the process and their candidacies seriously.

The adults in charge of the event randomly divide the boys into two parties, the Federalists and the Nationalists, with their first task being to set up party platforms. Both parties turn out to be anti-abortion and pro-gun, though some boys do support “reasonable background checks.” Four boys emerge as the film’s central characters. Three of them the filmmakers had identified previous to filming through an arduous process of talking to hundreds of boys and adults, mostly by telephone,  narrowing their focus according to the boys’responses and the filmmakers’ instincts. Representing the diversity of America at large, they are:

-Steven Garza, a child of Mexican immigrants living in Houston, an admirer of Bernie Sanders and thus open to backlash for his liberal stances on gun control and other hot button issues.

-Robert Macdougall, enthusiastically patriotic and Texan, talks about the Second Amendment and hopes to attend West Point, but has some doubts on other issues that he shares only in private. Indeed, he reveals that he is like all too many adult politicians when he reveals,  “My views on abortion wouldn’t line up with the boys out there, so I chose to change my stance.”

-Ben Feinstein from San Antonio  is a double-amputee whose charisma and strong opinions win him an early following. His strong determination to overcome his physical problems would make him a standout in any company of peers.

– Rene Otero, an African American born in Chicago, observes, “I’ve never seen so many white people ever.” He rises to sudden prominence when he makes a stirring speech. He wins the chairmanship of the Nationalists Party, only to become the target of racist criticism and the threat of being impeached when he opposes the frivolous motion to secede from the Union.

When Steven emerges as a front runner for the governorship, things get ugly, reflecting the political world of the boys’ immigrant parents. He had been a leader in Houston’s demonstration for gun control, the March for Our Lives, captured on video, and so the tape of this is sued against him. There are all sorts of intrigue and maneuvers so that a couple of the boys candidly voice their distaste for what their party is doing, but support it anyway. Sound familiar?

One boy comments, “We were just as polarized in the 1800s. They were debating slavery, then there was a Civil War.” The election sequence near the end of the film holds us in suspense. We wonder whether the winner will be the idealistic campaigner or the pragmatic one. Rene’s observation at the conclusion sums up matters well , “I don’t think being a fantastic politician is a compliment.” The filmmakers earlier had included George Washington’s warning and prediction that political parties would allow “unprincipled men” to “usurp for themselves the reins of government.” We see that “unprincipled” can apply to boys as well as men.

There is danger that the film might serve to reinforce one’s cynicism about politics and politicians. Just as in war the first casualty is truth, so is it all too often in politics. In the discussion (or private reflection) of the film you might consider the three Biblical quotations in the order given above. The prophet speaks to the politician, seeking to shape his conscience (I use the masculine because the film deals only with boys, but the same applies to females). The writer of the penitential Psalm 51 describes what ought to be the politician’s inner state, and Psalm 5 describes the unfortunate actual situation—at least of present day politics. (Does anyone remember the days of the late 50s and early 60s when politics was regarded as a high calling? Yes, you are right, if you are thinking that too many years of government lying and fighting against journalists’ attempting to uncover the truth, have made it almost impossible to believe this anymore.)

But just as it shows the darker side of human nature and politics, so it reveals the struggles with conscience that politics involves. Rene says of the simulated convention, “At first I thought this was a conservative indoctrination camp, but it’s about opinions and recognizing and reconciling them.” They might not be reconciled the way he, or us viewers, might like them, reminding us again that democracy is a messy process. But, as Churchill remarked, it is still better than its alternative.

This is documentary of the 2018 Boys State Convention in Texas that mirrors well the strengths & the weaknesses of adult politics & of democracy.
Editor Rating ★★★★★4.5 out of 5
More Details