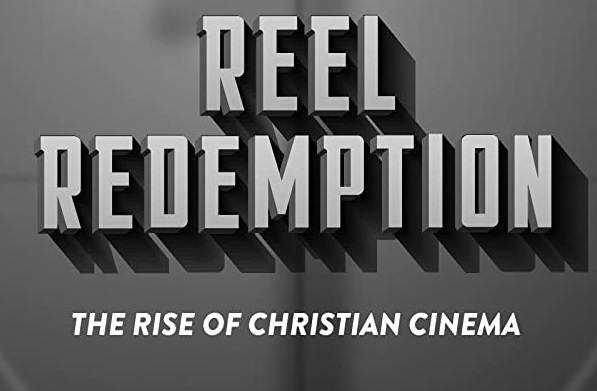 Where have you not had sex?
You’ve camped out like hunters stalking deer.
You’ve solicited many lover-gods,
Like a streetwalking whore
chasing after other gods.
And so the rain has stopped.
No more rain from the skies!

But it doesn’t even faze you. Brazen as whores,
you carry on as if you’ve done nothing wrong.


Look around at the hills.

But it doesn’t even faze you. Brazen as whores,
you carry on as if you’ve done nothing wrong. 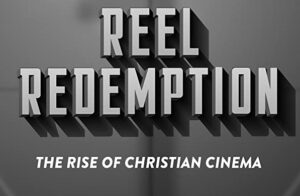 Writer/director Tyler Smith’s well balanced survey of the sometimes troubled relationship between Christians and Hollywood should be of interest to every VP reader. Using a great number of film clips, he takes us on a journey from the infant days of films when they were (supposedly) silent to the morally loose days of the Twenties and on through various eras of Hollywood and through the rise of faith-based films that achieved commercial success. The balance is well seen in both his criticism of the misuse of film as religious propaganda and the recognition that the makers of faith-based films grew in quality and success as their makers matured as filmmakers.

The opening scene (from the Coen Brother’s Hail Caesar) is a brilliant touch, revealing Hollywood’s reverence toward the subject of religion and its desire to make a buck from it. Four clergyman representing what were considered the “mainline” faiths of the Fifties—a Protestant preacher, a Catholic and an Orthodox priest, and a rabbi—are sitting at a large table where a studio mogul pitches his idea of a religious film to them, one that will not offend anyone in the audience. What a laughable contrast this makes with the later segment in which Smith examines in detail the controversy that Martin Scorsese’s The Last Tempation of Christ aroused upon its release!

The documentary shows that at first religious leaders had a positive attitude toward the movies due to such blockbusters as King of Kings, but that this changed during the Twenties when there arose so many Hollywood scandals, including sex and murder, spilling off the screen into the lives of such actors as the popular Fatty Arbuckle. Thus, the studios set up the Hays office to police filmmakers, lest the Federal government do so. This led to the list of “Don’ts” concerning the portrayal of sex, graphic violence, and the characterization of criminal, strictures that lasted until the promiscuous Sixties. In Europe filmmakers showed how films could explore in profound ways theological themes, as clips from The Passion of Joan of Arc and The Seventh Seal demonstrate.

Many conservative Christians thought Hollywood was at war with Christianity, Martin Scorsese’s The Last Temptation of Christ especially roiling the waters, even though others thought it to be a thoughtful and challenging depiction of the humanity of Christ. I was happy to see that the clip Smith uses from the film is the one in which Christ wakes up from his long dream about climbing down from the cross at the bequest of the angel (Satan)and realizes that he has been faithful to his Father’s will after all. As I have asked many times, where else have you seen a Crucifixion in which Christ smiles as he is dying? Of course, there were filmmakers scornful of the church, seeing only its hypocrisy which they freely depicted in their movie versions of the church.

And then there was Mel Gibson whose success with The Passion of the Christ drew the attention of Christians and non-Christians alike with its astounding success. Pastors who had said they would never attend an R-rated films bought out whole theaters and gave the tickets away to their members and their friends. This also encouraged mainstream Hollywood that there could be profit in religious films, and which also encouraged Christian filmmakers in their efforts. He discusses the Left Behind and other End-time films, as well as the more domestic-themed films of Tyler Perry in Atlanta and the Kendrick Brothers at Sherwood Baptist Church in Texas.From both centers have emerged films that have done quite well at the box office. In a section of his survey called “Propaganda” Smith is as scathing in his criticism of some of these faith-based films as any secular film critic—or myself in VP—pointing out that many are of poor quality production-wise or basically thinly disguised sermons preaching to the choir. However, he sees promise, describing faith-based films as a genre of filmmaking, much like the slasher genre which started out being scorned until critics began to see certain characteristics after more talented filmmakers started making them. He is waiting for a Christian filmmaker of genius similar to a Scorcese who will at last make a film that takes the genre beyond that of propaganda into the realm of art.

He is optimistic too that Hollywood studios have been persuaded to explore in sophisticated, and positive, ways Christianity in major films like Spotlight, Calvary, Silence and Bad Times at the El Royale. (I was delighted that he included the last-named film, one that a lot of Christian critics would have rejected because of its many R-rated elements!) To quote Smith:

“This is exciting, because it has given filmmakers like Martin Scorsese, Terrence Malick, and Paul Schrader license to address their own spiritual preoccupations, producing some of the most thought-provoking films of the last decade. It’s unclear as to whether or not those films would’ve been made 10 or 20 years ago. This is actually a fascinating time to be a Christian who loves film. Theological questions are being addressed openly, and some really intriguing films have been made as a result.”

Smith’s film is not an exhaustive survey. The legion of Monty Python lovers will bemoan the omission of Life of Brian. Also notable missing is one of my favorite films of 1999, Kevin Smith’s Dogma, though he makes up for this by covering (favorably) what I regarded as the most provocative film about grace that I had seen, Quentin Tarentino’s Pulp Fiction. And I was surprised that there was not at least a mention of the Billy Graham-related World Wide Pictures, formed in the early Fifties as the film ministry of the Billy Graham Evangelistic Association. Many of its films were shown in theaters where at the end pastors invited audience members to come forward to make “a decision for Christ.” The purest, and thus best, of its releases in terms of cinematic art was its 1975 release The Hiding Place, the story of Corrie Ten Boom and her family who hid Jews during WW 2. Except for the appearance at the end of the film of the real Corrie, it let the story do th preaching, and still holds up well today because of its fine cast and production values.

The above are minor qualms. Tyler Smith film is a critic and co-host of the podcast Battleship Pretension and adjunct film instructor at College of the Canyons and Chaffey College, so in his film he combines the depth of a scholar with the enthusiasm of a film fan. This is a film of which I enjoyed every minute and which I look forward to screening again.

It is another “must see” film,

Reel Redemption is available via the streaming platform Faithlife TV. According to their website the first 14 days are free, and afterward there is a charge of $4.99. As I browsed their list of films, I saw a great many shorts sold by Vision Video; several of the Turner Bible feature films, what I think is Martin Doblmeir’s Bonhoeffer, and a great many Bible study films, so this looks like  good site for an individual subscription. They also offer a plan for churches that want to hold public screenings of their films.

The history of the positive & negative relationships between Hollywood & Christians & the rise of specifically Christian filmmakers.
Editor Rating ★★★★★5 out of 5