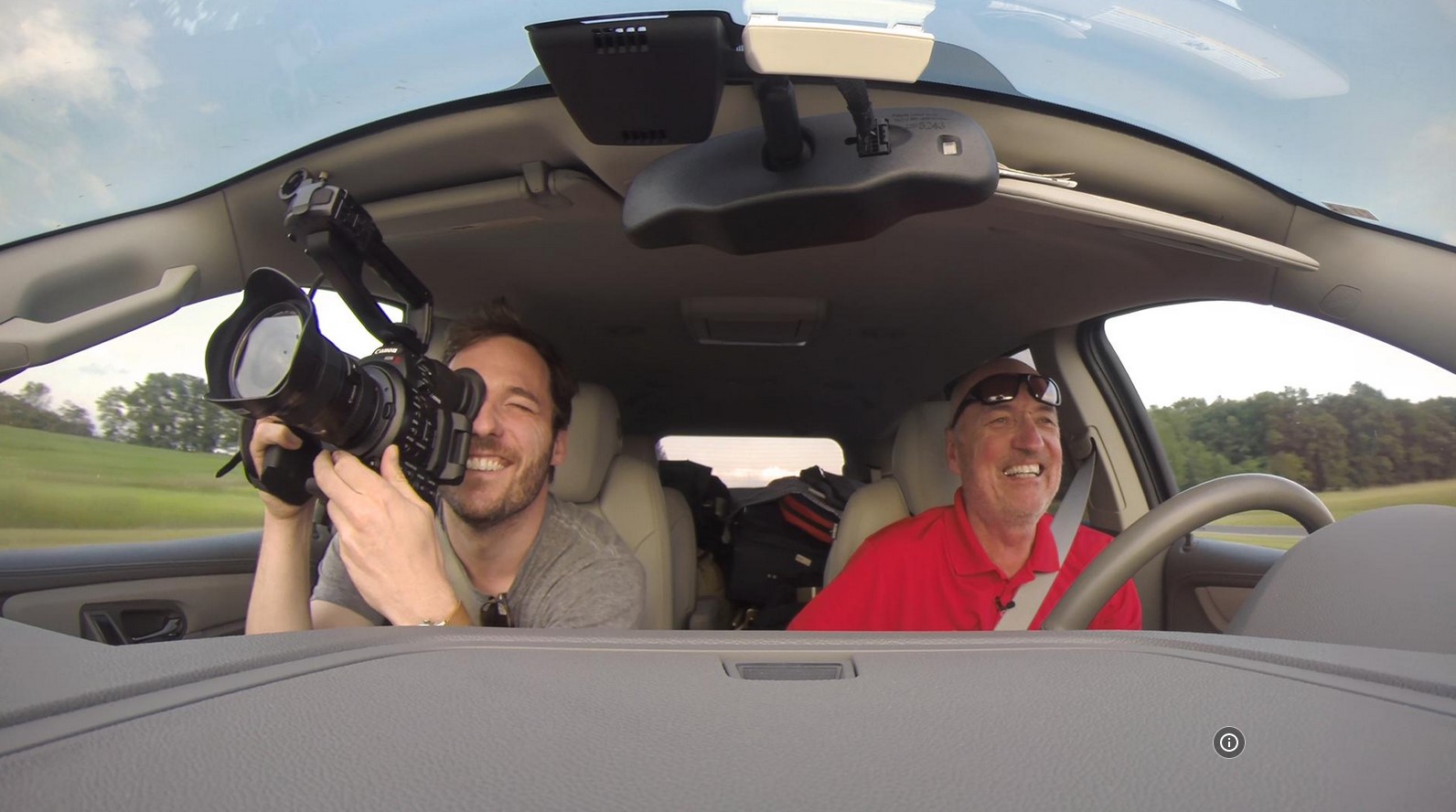 for everything there is a season and a time for every matter under heaven:

This documentary by a father and son team is a different kind of road trip film in that it deals with sorrow and healing that ends in a surprising way—not only to us viewers, but to the two book keepers as well. The story begins with what usually would be regarded as one of triumph and satisfaction—after a long struggle, a magazine writer has had her non-fiction book (she also has written three unpublished novels) accepted by a major publisher.

In March 2014, Penguin/Random House published Carol Wall’s book Mister Owita’s Guide to Gardening: How I Learned the Unexpected Joy of a Green Thumb and an Open Heart. It grew out of her friendship with a Black man in a Southern neighborhood. Although it is acclaimed by a number of critics, Carol is unable to hit the road to promote it because she succumbs to the cancer she has been battling throughout the final stages of writing and editing the Mss. The promotion people think the book has staying power, so in 2015 they ask husband Dick Wall if he would be willing to go out on such a journey.

Fortunately for us Dick’s son is a filmmaker, this being the third that he has directed and written. With his unobtrusive camera he enables us to tag along and witness the marvelous transformation that his father undergoes as he and the crew wind their ways over the highways to over 120 bookstores all over the nation.

The film is divided into four parts, and in the first we see and hear from Carol herself as the two struggle against the doomsday clock to finish the tedious editing process of her book. (As author of 14 published books I identified with them both during this intense process!) Carol had been a long-time contributor to ­the magazine Southern Living, but this would be her first book, her earlier novels not being picked up. She did live long enough to see a copy of the book, but could not enjoy its success or participate in its promotion.

Dick was a lawyer, though not an accomplished speaker, but he grows in skill along the way. He tells his audiences that he had expected to be the guy sitting at the back of the room, concerned with getting his wife to the next city and bookstore, not the principal speaker. During these book signings, he gives talks about the experiences of living with the grief of losing a loved one, remarking, “All relationships end in sadness.” But he also remembers Carol saying, “Every day will bring something good.” This is certainly borne out in the film, though at times he has to search for it, such as the day he has set up at a table just outside the door of a bookstore in the upper Midwest, and almost no one stops by the table to buy a book. On the other hand, at many a store the crowd eagerly purchases copies—indeed at a Texas bookstore they run out of copies and Dick has to call the publisher for more.

With each stop we learn from Dick a little more about his marriage, such as his recounting that in high school where she was captain of the cheer-leading team and he was a basketball player she was “way out of my league.” He describes himself as a “radical long-haired hippie Catholic,” whereas she was from a Methodist family. Then came his game-winning basket at the last second that gave the team its district championship, and the two became a couple. There is archival footage of that moment, including a young Carol on the court, and then family photos and home movies of their family life.

In between signings the son Phil, sometimes joining in, captures his father philosophizing about life, God, and sorrow. We can feel the underlying pain when Phil says, “You do not get over the loss of a spouse…You cannot be cured from lots of things, but you can be healed.” This ability to see the difference between “getting over” grief (or “moving on” as many say) and being healed is one of the strong points of the film, and makes it a good tool for anyone leading group sessions on grief and sorrow!

Dick shares another of Carol’s observations that reminds me of  Natalie Sleeth’s wonderful “Hymn of Promise:” “The ground in winter even though it is yellow and brown, holds a thousand lovely secrets.” This movie concludes with a surprise development that I will leave in secrecy for you to discover. I will say here that it both bears out what both Carol and Dick have said.

There is indeed no cure for the grief stemming from the loss of a spouse, as Dick affirms, but there is healing. His words especially struck a chord in my heart, my own wife having died less than a year ago, so I cannot commend too highly this insightful documentary. The film starts out slowly, so be patient and stay with it.

I also wanted to know what the book was about—in fact, I thought the book would be the subject of the film, but it isn’t. It’s about a loving relationship that cruelly ends in death, but which is terminated only in the physical sense—and it is also about surviving that physical termination.

We learn just a little about the contents of the book, so the first thing I did when the films credits ended last night was to contact my library and place a hold on the book. If you have not heard of or read it, I suspect you will too after seeing the film. It is a moving tribute to a beautiful writer, and the best way to get closer to this writer is to read her book. But I also, as mentioned earlier, commend this film to those dealing with loss and sorrow because of its insights into the process.

The film has a limited opening on June 17. You can see the schedule and also contact information about securing it in your area, as well as a link to purchasing the book by clicking here.

While promoting his wife Carol's book Dick Wall finds healing while grieving over her death as his son films the nation-wide road trip.
Editor Rating ★★★★★4.5 out of 5
More Details