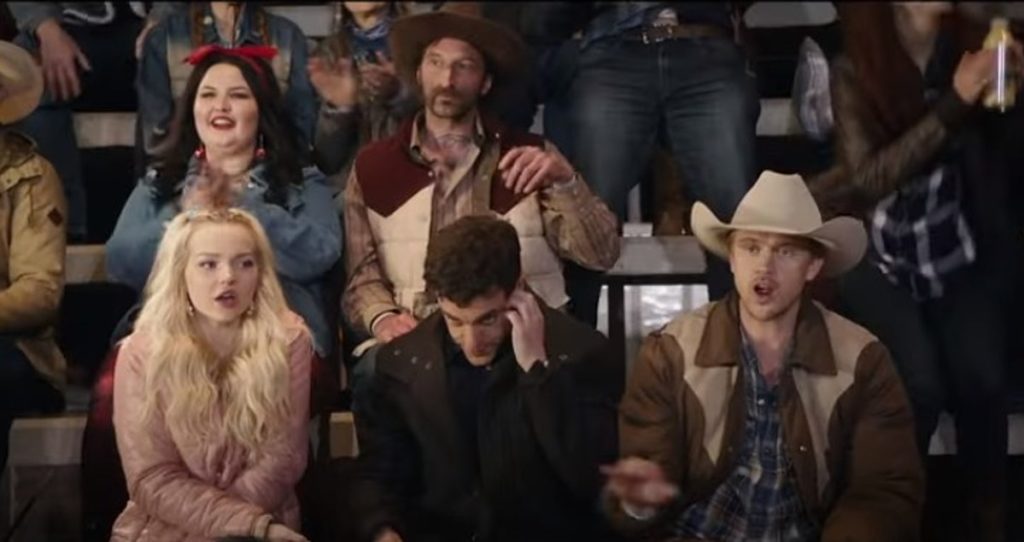 Beloved, never avenge yourselves, but leave room for the wrath of God, for it is written, “Vengeance is mine; I will repay, says the Lord.”

B.J. Novak’s film turned out very differently from what I had expected. Instead of one of those intense get even movies that turn up so often on Tubi, this is a dark comedy/mystery that deals with relationships and the process of growing beyond our preconceived notions that lead us to look down on others..

At the very beginning in a dialogue with singer/songwriter John Mayer at a rooftop party we see that B.J.’s character Ben Manalowit thinks he has everything figured out. They talk about serial dating and the problem of having too many names of beautiful women in their phones to keep track of, with Ben revealing that he is committed to avoiding any permanent commitment to any of them. He has assigned nicknames to the women, one being “Random House Party,” but he cannot remember if this refers to the publisher or  a random house. As the almost five minute conversation continues, the one phrase that stands out is “a hundred percent,” usually following “I agree…”

At that same party Ben, not satisfied with his writing career with the New Yorker, meets Eloise (Issa Rae), a producer at a podcast network modeled on NPR, and pitches an idea to her. She tells him that his ideas are too theoretical.

Shortly thereafter Ben hooks up with another girl, and is asleep in bed with her when his telephone rings. Told that his girlfriend is dead from an overdose of OxyContin, Ben is jolted into alert wakefulness, the concept of girlfriend being anathema to him. The sobbing voice identifies itself as belonging to the dead girl’s brother Ty (Boyd Holbrook), who insists that Ben must come to west Texas for her funeral.  Ben tries to explain that he barely knew her—they must have dated only a couple of times–but Ty is not listening.

Ben is apparently a person pleaser, because rather than hanging up, we next see him at the funeral with the sorrowful family. The girl in the large photo displayed by the casket is Abilene Shaw (Lio Tipton), shown with her guitar. To his horror, Ben is called up front to add his words to those of the family. He cannot remember anything about her, so he riffs on the photo, saying, “She loved music. I know that,” to which the congregation applauds.

This funeral scene introduces us to the Texas stereotypes that Ben entertains in abundance. The preacher at the funeral sports a clergy collar, but atop his head sits a cowboy hat, which he does not remove, Were we treated to a full shot of him, I am sure he would be wearing cowboy boots, maybe with crosses stitched over the toes. And Ty has not one, but two high-powered rifles hanging in the rear window of his pickup truck.

The Shaw family thinks Abilene was close to Ben because she had talked about him, perhaps impressed by his writing credentials. The family members include aspiring filmmaker Paris (Isabella Amara), Jasmine (Dove Cameron), who wants to be famous by becoming a celebrity, Granny Carole (Louanne Stephens), plain-talking mom Sharon (J. Smith-Cameron), and little brother El Stupido (Eli Bickle)––called that because, he “doesn’t understand Spanish.” The nine-year old beds down with a Glock rather than a teddy bear, and because he fears ghosts, has become used to sleeping in Abilene’s bedroom where Ben now bunks.

Ty tells Ben that his sister’s death was not just an accidental drug overdose. She wouldn’t touch an Advil, he claims. She was murdered, he insists, maybe by a cartel, and when Ben replies about calling the authorities, Ty tells him that Texans don’t dial 911, they wreak vengeance themselves.

Ben considers his new friend’s claim is like a conspiracy theory, but his journalistic instincts kick into gear. He pitches the story “Dead White Girl” to Eloise, and she agrees it could make a good podcast story, regardless of whether she was murdered or not. Ben starts taping all of his conversations when the family agree to his plan and transfers them to Eloise for editing.  He assures them, “I will find this person, or this generalized societal force, and I will… define it.”

It may be when Ty agrees with Ben’s podcast plan as a means to publicist his sister’s murder–“Once people on Reddit find out, they’ll kill ‘em for us”—that Ben starts realizing that this is no ignorant yokel.

Ben enters into a series of home-cooked meals, line dancing, rodeos, Texas Tech football (after a disastrous mistake when he roots by mistake for rival UT at Austin). He actually enjoys his first fried Twinkie and the platter at Whataburger, and savors the taste of Fritos with chili poured into the bag. Most of all, he discovers as he watches clips from her social media that Abilene was a lovely human being who will never reach her full potential. He also becomes enamored with her family, so that his conscience bothers him a bit by his exploiting them.

His interview with drug dealer Sancholo (Zach Villa) turns out differently than he had expected. He also meets with Quentin Sellers (Ashton Kutcher) who produced Abilene’s demo record. He is a rural poet/philosopher who theorizes that people are bright stars with no outlet, so they turn to opioids. He states that people do crazy things on social media to gain fame, and that their clips, archived on line are all that is left of them. They fade away but their recorded moments remain.

Ben looks up the police but it so happens that Abilene’s body was found not at the party she attended, but elsewhere in an area where four different law enforcement jurisdictions overlap. Thus none of them assumed jurisdiction, each passing the buck so that no real investigation of the girl’s death was ever conducted. All the while Ben is trying to access Abilene’s cell phone, but he cannot figure out the code, until…

The last section of the film seems rushed, and its denouement disappointed me. Thus far the film had refused to follow the usual path of a vengeance film. Instead it has been focused upon Ben’s journey of discovery—of himself and his smug sense of superiority, and of how the latter had provided a very shallow view of his Texan hosts. I thought he would emerge a better person, but by the movie’s finale it seems to be that he has retrogressed in a very misguided way.

Still, I enjoyed the film. It might prod us to look at our sorely divided country, each side misconstruing the other. Maybe there are human beings on both sides. But as to any insight on the subject of the title itself, the film fares no better than those whack em B movies found on YouTube and Tubi—far better to watch the classic that probes the cost of vengeance, Clint Eastwood’s Unforgiven. Maybe this is laying too much on such a light comedy. B. J. the writer does produce some witty dialogue and places his fish out of water heelro into some funny situations in which he receives his deserved comeuppance.

As a citizen of flyover country I enjoyed laughing at Ben’s foibles, and I suspect you will too. God knows we all can use some good laughs at this time—laughs at both ourselves and those with whom we strongly disagree.

A smug New Yorker travels to west Texas to attend the funeral of a girl he barely knew & finds all his stereotypes challenged by her family.
Editor Rating ★★★★★4 out of 5
More Details