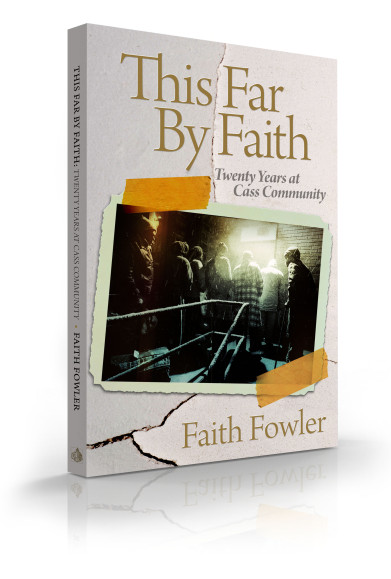 ‘We’ve never seen a book launch like this!’ That’s the headline news from the launch of This Far by Faith, an inspiring book of true stories by Faith Fowler, the Detroit pastor you may have read about in The Wall Street Journal and other national newspapers. In her book, Faith shares dozens of inspiring true stories of men and women who found new hope and were able to join in building a healthier community through Cass.

Mitch Albom says: “The world waits for people like Faith Fowler. … This memoir, like the author herself, is funny, poignant, moving, beautifully staged and oozing with a commitment to a simple yet profound idea: that other people are worth the trouble.”

This is the first book published by Faith Fowler’s latest entrepreneurial venture: Cass Community Publishing House is the first interfaith publishing house established in the city of Detroit in more than two centuries—since Father Gabriel Richard, a Catholic priest and co-founder of the University of Michigan, hauled the first printing press into Detroit and invited his Presbyterian friend the Rev. John Monteith to publish with him. Like Richard and Monteith before her, Faith Fowler’s work is one reason that Detroit is recognized as a center of hope for those who believe peace is possible in our ever-more-diverse world.

Mitch Albom urges: “Everyone, religious or not, should read these pages.”

Want to know more? Come on. Become a part of this life-changing project. Buy the book!