In the autumn of 2014, our Front Edge Publishing professionals rushed Dr. David Gushee’s landmark call for inclusion of LGBT Christians into print. This daring book tells the dramatic and inspiring story of how America’s leading evangelical Christian ethicist literally changed his mind on inclusion—and why he now is calling others to embrace LGBT relatives, friends, neighbors and co-workers.

The firestorm from critics that immediately swirled around the book led our team to use our unique publishing software to its greatest potential. (You can read more about that in Dmitri Barvinok’s column this week.)

Furious media wars stretch back through the centuries anytime religious movements collide. Gushee suddenly found himself engaged in what might have been a war of pamphleteers during the Protestant Reformation. He needed his book to remain as fluid as the international conversation that was roaring all around him. By January 2015—just months after the first edition—we had issued a second edition to include the text of a crucial public address Gushee delivered. By May 2015, Gushee and our team had collaborated on what is now known popularly as the “gold edition,” which is formally called: “Definitive Edition of the Landmark Call for Inclusion of LGBT Christians—with Response to Critics.”

Now, five years later, thousands upon thousands of copies have circled the globe, stirring hope in families and congregations where people are longing to see their loved ones welcomed without religious condemnation and persecution.

Why Is This Book So Important? (It’s simple.)

What’s so important about this world-changing book?

After circling the globe and talking with families both in the U.S. and abroad, Gushee says the answer is very, very simple.

“The most important thing about this book is that it helps parents love their children more,” he said in our interview this week about the release of the book’s hardback edition.

“That’s what it comes down to: Parents loving their children. It’s that simple,” he said.

Because the vast majority of Americans now accept LGBT friends and neighbors, that claim may be hard for some readers to understand. Pew Research, for example, reports that public attitudes toward one key marker of acceptance, same-sex marriage, have flip-flopped from 60 percent opposed to the practice in 2004 to 61 percent accepting it in 2019.

“The fact is that a lot of people still feel torn,” Gushee said. Millions of devout churchgoers around the world care as deeply for their faith as they do for their loved ones. After centuries of religious condemnation—often presented to them by their pastors as a life-and-death truth that the Bible requires them to embrace—countless parents still find their hearts torn between their churches and their families.

“You know what is even more painful? This struggle is played out in homes all around the world as faithful Christian parents want to keep loving their children—and they still are hearing so many evangelical voices telling them they can’t,” Gushee said. 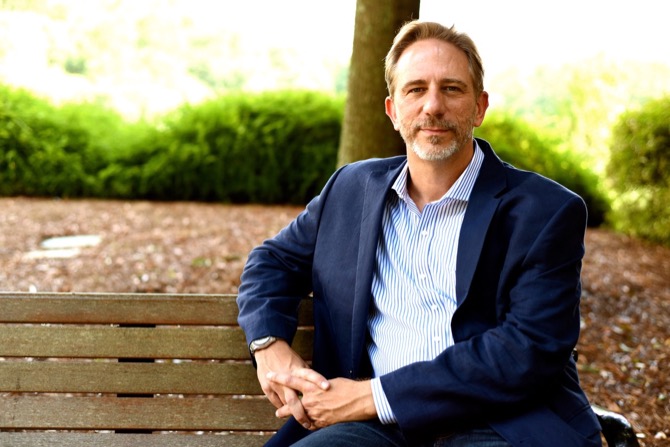 ‘The Most Important Work I Have Done’

“I have come to realize that this is some of the most important work I have done in my entire career as an ethicist,” Gushee said, reflecting on the past five years. “Nothing I have done before has made this much difference in the lives of real people and in the reuniting of families who have been painfully torn apart.

“When we published this book in 2014, I had no idea that it would have the reach that it has had. It has reached all around the English-speaking world. In parts of the world where people face imprisonment or death for publicly raising this issue, the book is passed around like Samizdat under the old Soviet Union—person to person in secret.

“Anytime I go to any city of any size anywhere in the world, there are people who want me to talk about Changing Our Mind—even if that is not why I was originally scheduled to make that trip.

“Every week I see evidence of the use of this book by LGBT persons and their families and churches entering into study processes. In some cases, in classroom use as well. Awareness of the book has matured to the point that it makes most of the recommended lists of the top few books you must read when encountering this issue.”

Why is this book so effective?

“I think it has to do with the unique way this book was written—and, then, the various other parts were collected into this final definitive edition. That’s why it was so important that I could work with your team on revising the book right away,” Gushee said. “The book began as a series of opinion columns that I wrote online for a denominational outlet, Baptist News Global. So, the book began as a real conversation with people online.

“People also tell me they like the way this book invites them to enter into a deliberative step-by-step process of thinking through this issue from the ground up. It’s a hospitable book. It invites people into the congregation from wherever they are. It actually calls people towards greater understanding and more humane and compassionate treatment of LGBT people.

“It’s as though I’m saying: Here’s a fork in the road; can you take this fork with me? And people can decide what to do. I’m inviting people toward a higher inclusion of humanity. Can we start by taking the steps toward rethinking some passages in the Bible? People begin to realize that inclusion is about more than just being kind. This is about rethinking the structure of the theology we have inherited.

“As the book moves on, it becomes a more and more of a breathtaking challenge to take a leap—moving from ‘Well, maybe we’ll try to be kind’ toward the final destination of realizing we’ve been wrong and cruel toward our own children and neighbors who are LGBT. This is one of those examples of the church getting something gravely wrong. It’s the sweep of the journey that is so compelling.”

‘I’m so glad I never flinched’

“Not everyone is ready to take that entire journey with me. We definitely are rattling the static evangelical way of viewing scripture. For some people, that rattling is so traumatic that they are just not willing to engage it.

“However, once you realize this flash of recognition that this traditional way of reading the few scriptural references about LGBT people is arguable, then the second flash of realization is that we have been really damaging so many people’s lives. What comes next is a sense of repentance. We have actually hurt people!

“Then, you have to start thinking about other earlier times the church had other harmful positions that hurt other people—the widespread Christian acceptance of slavery, for example. We realize that this is another example of the church gravely hurting people, based on a perceived demand of our faith.

“Even after the first edition of the book came out, I was warned and pressured by many of my critics. They said things like: ‘You can back down and say you were wrong. We’ve convinced others to step back. You still can reverse yourself.’

“I’m so glad I never flinched. I’m confident I went where God led me.

“One day, when my obituary is written, a mention of this book is going to lead my obituary. And I couldn’t be prouder of that.” 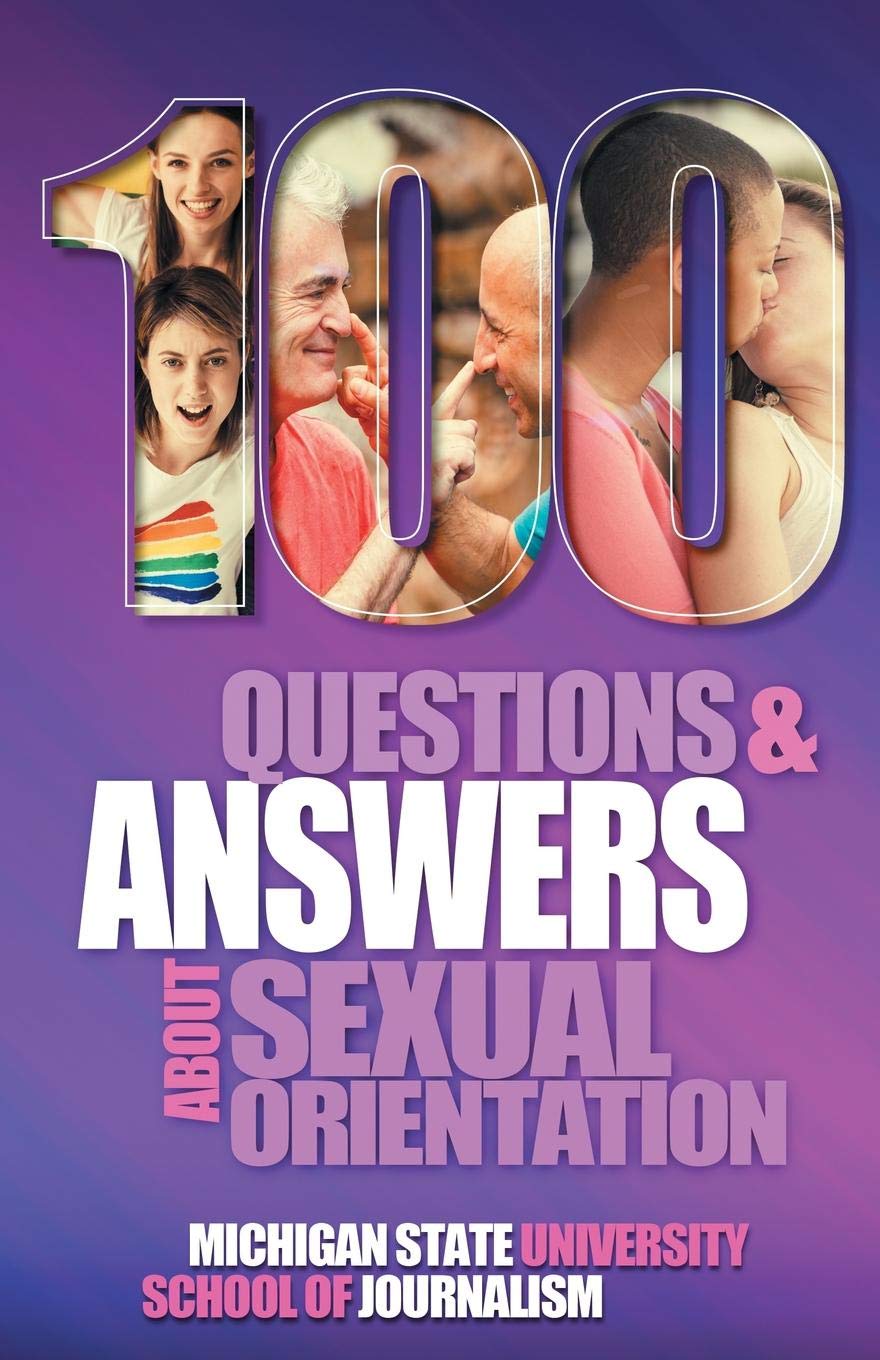 Here is just one of six books Front Edge publishes to help spread accurate, balanced information on gender and sexual orientation. Click this cover to read about all six.

In fact, Dr. Gushee and our team also recommend other books our Front Edge Publishing professionals have produced in recent years. Here’s an earlier ReadTheSpirit Cover Story about six books on LGBTQ inclusion we are offering for a wide range of readers, including for Christian families struggling with their choices.

LEARN ABOUT HOW THIS BOOK WAS PRODUCED. Read Dmitri Barvinok’s column about the speed and flexibility we are able to achieve with our unique software tools and design system.

LEARN MORE ABOUT DR. GUSHEE AND HIS WORK

WIKIPEDIA has a quick overview of Dr. Gushee’s long career and wide-ranging work, including his scholarship on men and women who risked their lives to help others during the Holocaust. This Wikipedia page also lists most of his books and offers links to other related programs and organizations.

DR. GUSHEE’S OWN WEBSITE has everything from free video talks he has given to episodes in his ongoing podcasts about many ethical challenges people face today. Among the sections of his ever-growing website are: