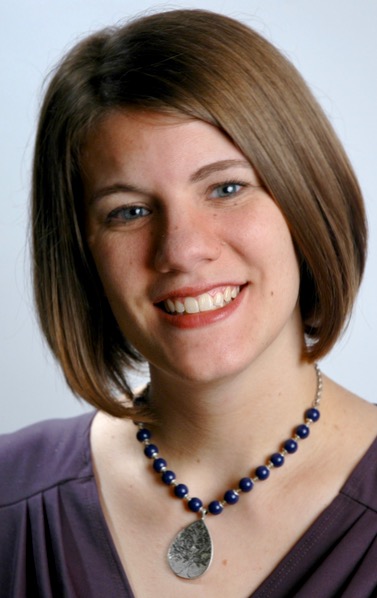 When best-selling author and evangelical rebel Rachel Held Evans died in May at age 37, millions of us mourned the loss. She suffered from an infection, then an allergic reaction to a medication. Her brain swelled, and she was gone.

But her voice was not silenced. Millions still are reading her four books and thousands of online columns and commentaries.

Now, her husband Dan has surprised her worldwide audience by publishing posthumously one last column about LGBT inclusion—or, as Dr. David Gushee puts it: how she changed her mind. We are marking the fifth anniversary of Gushee’s landmark book, which now is helping families around the world to learn to love their LGBT children, as Gushee explained in our interview with him last week.

While Rachel’s four books never were entirely devoted to this issue of inclusion, as in the case of Gushee’s book, she has been outspoken about inclusion for years. In our ReadTheSpirit interview with her in 2015, she praised Gushee for his courage and his book. She said, “What Gushee is doing is such a huge deal. I know so many gay friends who were just thrilled when he spoke out and published that book.”

Rachel Held Evans:
A Prophet Calling for Inclusion Even after Her Death

Rachel Held Evans was a modern-day prophet—in the original sense of that phrase as an inspired voice speaking truth to power. She made no secret of her firm conviction that evangelical culture wars attacking LGBT people were turning her beloved church into a toxic dump that was offending and turning away entire generations of young Christians.

She spoke out—and wrote about—many issues in the news related to this struggle. Our 2015 interview discusses one of those news stories, which unfolded that year.

However, after her death in May, her husband Dan—the college boyfriend who she adored and with whom she was raising their two children—felt that Rachel would have wanted one final column to be published. She had been working on this column for a long time. It was sitting right there on her computer, almost ready to be published. Dan gave it a final editing polish and posted it as the last column the many visitors to her website will find in her “Blog” area.

In a widely quoted opening, it begins:

If you’re a gay, lesbian, bisexual, transgender, or queer reader, I hope you already know you don’t need my affirmation to live whole and joyful lives, just as God made you. You are beloved children of God, and there is nothing I or any other Christian writer or church leader can say to alter that. I hope you know, deep in your bones, that there is no height or depth, no angel or demon, no denomination or church or pastor or parent who can separate you from the love of God in Jesus Christ. My heart grieves over the ways this truth has been obscured and denied by the Church, often in destructive and deadly ways, and I apologize for years of complicity in that.

I pray that in the years to come, churches of every denomination will join me in repenting of the ways our communities have marginalized those whom God loves, by what we have done and by what we have left undone, and I look to you for leadership moving forward. As long as there is a need for straight allies like me to speak up in your support, I’ll do it, but like many of you, I pray for a day when your humanity alone is enough, when posts like these just aren’t necessary anymore.

Care to read her entire story of changing her mind? Here is another link to read the rest of this inspiring column.

When Rachel died, The New York Times obituary was headlined: Rachel Held Evans, Voice of the Wandering Evangelical, Dies at 37.

The obituary said, in part:

Rachel Held Evans, a best-selling author who challenged conservative Christianity and gave voice to a generation of wandering evangelicals wrestling with their faith, died on Saturday at a hospital in Nashville. She was 37. …

An Episcopalian, Ms. Evans left the evangelical church in 2014 because, she said, she was done trying to end the church’s culture wars and wanted to focus instead on building a new community among the church’s “refugees”: women who wanted to become ministers, gay Christians and “those who refuse to choose between their intellectual integrity and their faith.”

Ms. Evans’s spiritual journey and unique writing voice fostered a community of believers who yearned to seek God and challenge conservative Christian groups that they felt were often exclusionary.

Her congregation was online, and her Twitter feed became her church, a gathering place for thousands to question, find safety in their doubts and learn to believe in new ways.

Her work became the hub for a diaspora. She brought together once-disparate progressive, post-evangelical groups and hosted conferences to try to include nonwhite and sexual minorities, many of whom felt ostracized by the churches of their youth.

Rachel Held Evans: ‘Changing How We See Our Neighbors’

In our own 2015 interview with Rachel, I closed the Q and A with a question I often ask authors: What do you hope readers will carry away from your book?

Here is our final exchange.

DAVID: At the end of author interviews, I usually ask a “walking away” question. As an author, envision readers walking away from having read your book. What do you hope they carry with them?

RACHEL: Every author I know has this hope—that their work helps people pay attention to the world around them in new ways. We need to pay better attention to God working in the world and in the church.

I hope that people make new connections. I hope this book changes how we see our neighbors. I hope that I can help readers pay more attention to the Spirit moving in our world.

I hope that readers will see themselves in my stories. I hope they’ll realize: Oh, somebody else has experienced these questions, and these doubts, I’ve experienced. I especially hope that when people finish reading my book, they will feel less alone.

GET THE BOOK BY DR. GUSHEE THAT RACHEL HELD EVANS CALLED A LANDMARK.

In fact, Dr. Gushee and our team also recommend other books our Front Edge Publishing professionals have produced in recent years. Here’s an earlier ReadTheSpirit Cover Story about six books on LGBTQ inclusion we are offering for a wide range of readers, including for Christian families struggling with their choices.

LEARN ABOUT HOW THIS BOOK WAS PRODUCED. Read Dmitri Barvinok’s column about the speed and flexibility we are able to achieve with our unique software tools and design system.

LEARN MORE ABOUT DR. GUSHEE AND HIS WORK

WIKIPEDIA has a quick overview of Dr. Gushee’s long career and wide-ranging work, including his scholarship on men and women who risked their lives to help others during the Holocaust. This Wikipedia page also lists most of his books and offers links to other related programs and organizations.

DR. GUSHEE’S OWN WEBSITE has everything from free video talks he has given to episodes in his ongoing podcasts about many ethical challenges people face today. Among the sections of his ever-growing website are: