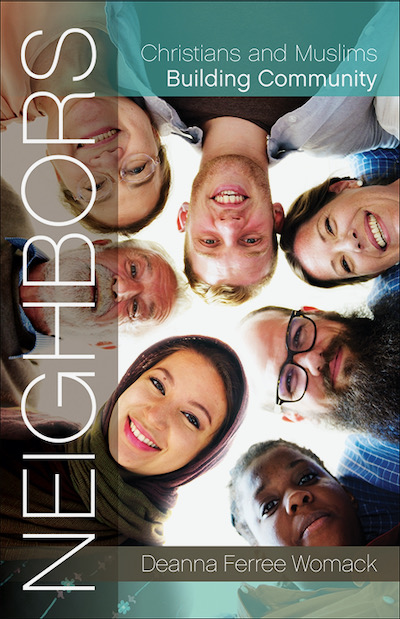 As we pass the 20th anniversary of 9/11 and face a perilous new relationship with old foes in Afghanistan, there are no more timely words for all of us in America than these by Dr. Deanna Womack, who teaches interfaith relations at the Candler School of Theology at Emory University in Atlanta:

“We Christians and Muslims in the United States find ourselves at a turning point. We can either talk to and learn from one another, or we can slide into yet more fear, distrust and division. Positive things have come from the increasing diversity of our country, things like conversation about what we share as worshipers of the God of Abraham. Yet that same diversity gives rise to fear and resentment. Too often that fear focuses on Muslims. Too often politicians and religious leaders fuel that fear in order to boost their own power. … Our fellow American citizens represent just about every religious and nonreligious group on the planet. We Christians need to get along with all of them. But at the present moment, we need to reach out particularly to our Muslim neighbors.”

These are opening words from Womack’s book, NEIGHBORS: Christians and Muslims Building Community. This book for general readers is based on Womack’s career as a scholar and educator teaching interfaith relations at Candler—and in many congregations as well. Published by the Presbyterian Church’s Westminster John Knox (WJK) Press, the book’s nine chapters come with questions sprinkled throughout the text to spark individual reflections as well as conversation with friends. She also adds a complete discussion guide at the end of the book.

Readers who have been following our weekly ReadTheSpirit issues since our debut in 2007 will see right away that Womack’s overview of grassroots peacemaking parallels what our own team has been publishing over these 14 years. Womack’s goal in her new book is the same as many of our own books, including Love Loss and Endurance by journalist Bill Tammeus, Blessed Are the Peacemakers by Daniel Buttry, Friendship and Faith by the women of WISDOM, Reuniting the Children of Abraham by Brenda Rosenberg and Our Muslim Neighbors by Victor Begg.

This week, Victor Begg’s own new column appears in newspaper websites nationwide as well as in the widely read IslamiCity website. His message is appropriately headlined: 9/11 Remembrance Should Be a Time to Recommit to American Values. Like Womack, Begg points out that building peaceful relationships with our neighbors is part of what it means to be a good American.

So, if you already have some of these earlier books, why are we so strongly recommending Womack’s book now?

Because she is adding to this national chorus of peacemakers from her own unique perspective as a university-based scholar—and because she has focused her book on the weekly needs of mainline Christian congregations. She has skillfully adapted her stories—and her many discussion questions—to encourage a fresh wave of interfaith conversation. Congregations nationwide are home to millions of small groups, Sunday School classes and circles of men and women. Womack is experienced in working with those groups and has crafted her book as a resource that can be picked up and easily used by local group leaders.

The Most Common Questions about Islam 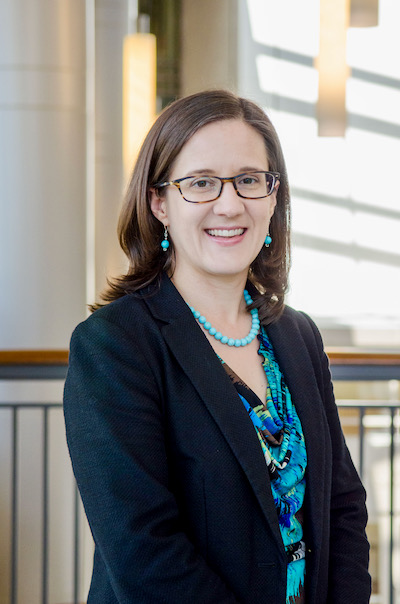 Womack talked with me about her efforts in the days just before the 9/11 anniversary in a wide-ranging interview about the timeliness of this effort.

“In planning this book, I started with the most common questions people ask me when I visit congregations,” Womack said. “It doesn’t matter whether the congregation is liberal or conservative, I am always asked: What is Islam? Is Islam violent? Doesn’t Islam oppress women?” she said.

In our interview, I asked Womack: “How much is 9/11 still shaping American attitudes toward Islam?”

“That’s a complex question to answer,” she said. “9/11 has been a reference point for Americans for 20 years, but it happened when I was back in college myself. I’m now teaching students who are so young that they have no personal memory of 9/11. What they know about it is mainly from stories they’ve been told by parents or grandparents. Then, there is everything that has happened among Christians and Muslims over the past decade. There’s the rise of Trump and new extremist groups. There are headlines from Afghanistan right now that are part of our national conversations.”

She paused, then added, “I think we all realize that this is difficult material to present to a group and then try to lead discussions about it. I’m thinking about all the people in congregations across the country who may want to explore Christian-Muslim relations in their classes and small groups over the coming year. They really need some guidance to help them understand the background and then to think about all these issues today. That’s why I wrote this book. That’s what I hope the book will help them to do.”

Womack is relentlessly hopeful. “There’s no way to go forward without being hopeful. As a Christian, I am hopeful.”

“That starts with realizing that we are in a different world now than we were in 2001, and some of what has developed is good,” she said. “Yes, we know that we have seen various narratives of blame and anger and a desire for revenge. But we also have to note that, since 9/11, there have been so many new Muslim-Christian initiatives that were launched after 9/11 and now have matured. Right after 9/11, so many people wanted to know about Islam—and about how to counter all of the angry and negative voices people were hearing—that a lot of hopeful new work started. So, we have come a long way in these 20 years in developing new relationships and organizations.

“Having said that, I point out in my book that more than half of Americans still have not experienced a meaningful meeting with a Muslim. We are living together in our increasingly diverse communities, but there still are huge barriers between us. As Americans, millions of people still don’t know their neighbors. That has to be the starting point. That’s why NEIGHBORS is the title of my book.”

Reaching out to our neighbors is far more than a matter of warm feelings, Womack says. It can be a life-and-death issue. Hate crimes have risen in America during the pandemic, especially a dramatic rise in crimes targeting Asian Americans, but also against religious minorities, including Jews and Muslims.

“We have been living in some dark times and I don’t know if things are going to get better right away,” she said. “Things may get better as we move through COVID to a point where people are comfortable going out again and freely engaging with other people.”

A central message of her book is that, for the Christians she is addressing, this embrace of our neighbors is not merely a personal preference.

“This is our calling as Christians,” Womack says. “This isn’t an option for us. Of course we know that hate crimes are contrary to the teaching of Christ. But we are called to do so much more than just stand up against hate crimes. It’s part of my witness as a Christian to meaningfully connect with all of our neighbors so that everyone feels that we are part of the same community. I don’t have a choice about this. It’s my calling as a Christian.”