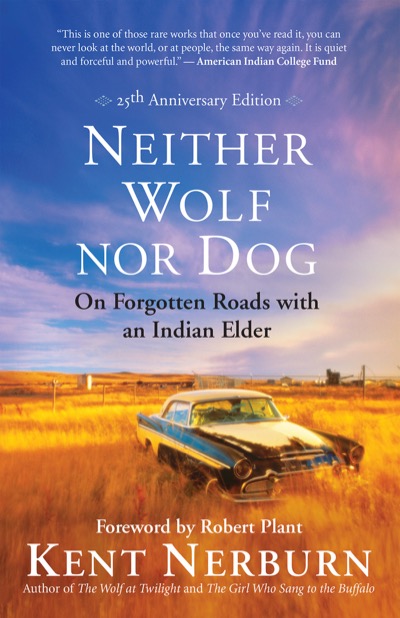 “Always teach by stories because stories lodge deep in the heart,” Kent Nerburn told me as I talked with him for this week’s author profile—celebrating the 25th anniversary of his best-selling adventure Neither Wolf Nor Dog. “The Native man who was the inspiration for that book taught me that lesson. So, I wrote the book as a story full of the real places, real people and real experiences I had come to know among Native people. But, the key to that book’s success is that my role in the story was as a traveler facilitating this rare journey of discovery for readers.”

Since ReadTheSpirit magazine was founded more than a dozen years ago, Kent has appeared many times in our weekly issues. We even visited him in person at his home in a long 2010 road trip and, during those few days, Kent took us to spend a day with an Ojibwe teacher and practitioner of traditional medicine in his forest home. One of our most popular conversations was published at the 20th anniversary of Neither Wolf Nor Dog, when Kent spoke at length about his own life story and, in particular, his vocation of writing about the many Native American people who have befriended him.

What we have not done in our many years of writing about Kent is publish an excerpt of his classic, which was chosen for the 2019 One Book South Dakota state-wide reading campaign.

Kent’s publisher, New World Library, has provided the following excerpt from the opening of Kent’s classic Neither Wolf Nor Dog. If you’ve heard about this famous book and Kent’s equally famous friend “Dan,” it may help to know that the old man in this excerpt is Dan—even though his name does not actually emerge in the story until page 25.

In the following passage, you are stepping into this famous journey just as Kent stepped into it with his first readers way back in the late 20th Century …

I got to the phone on the second ring. I could hear the scratchy connection even before the voice spoke. 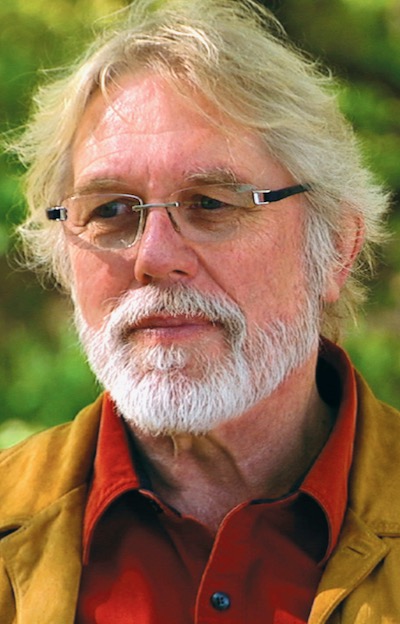 It was a woman. I recognized the clipped tones of an Indian accent.

“You don’t know me,” she continued, without even giving a name. “My grandpa wants to talk to you. He saw those ‘Red Road’ books you did.”

I felt a tightening in my chest. Several years before, I had worked with students on the Red Lake Ojibwe reservation collecting the memories of the students’ parents and grandparents. The two books that had resulted, To Walk the Red Road and We Choose to Remember, had gained some notoriety in the Indian community across North America. Most of the Indians had loved them for the history they had captured. But some found old wounds opened, or familial feuds rekindled.

Occasionally, I would receive phone calls from people who wanted to challenge something we had written or to set the record straight on something their grandfather or grandmother was supposed to have said.

“He doesn’t like to talk on the phone,” the woman said.

I had grown accustomed to Indian reticence about talking to white people, and I knew there were still a few of the very traditional elders who didn’t like to use the telephone or have their picture taken.

“He just wants to talk to you.”

My nervousness was growing. “Where is he?”

She told me the name of a reservation. It was a long way from my home.

“What does he want?”

“Could you come and see him?”

The request took me aback. It was a strange request on any terms, coming as it did from someone I didn’t even know. But the distance involved made it even stranger.

“I guess it’s important for me to know if he’s angry,” I said.

The woman betrayed no emotion. “He’s not angry. He just saw those books and he wants to talk to you.”

I rubbed my eyes and thought of the travel. When I had left the oral history project, I had made a silent promise that I would keep using such skills as I had for the good of the Indian people. I had never enjoyed a people so much and had never found such a joyful sense of humor and lack of pretension. But more than that, I had felt a sense of peace and simplicity among the Indians that transcended the stereotypes of either drunkenness or wisdom. They were simply the most grounded people I had ever met, in both the good and bad senses of that word. They were different from white people, different from black people, different from the images that I had been taught, different from anything I had ever encountered. I felt happy among them, and I felt honored to be there.

Sometimes I would stand on the land in Red Lake and think to myself, “This land has never been owned by the United States. This land has never been touched by the movement of European civilization.” It was as if I were feeling a direct link to something elemental, something beneath the flow of history, and it was powerful beyond imagining. Though I was a white man, and all too aware of the effects of well-intentioned white people on the well-being of the Indian people, I wanted, from within my world, to help them retain the goodness in theirs.

Now, a voice had come to me from a place far away, asking me to come back to that world and hear what an old man had to say.

“Just ask at the store in town. He doesn’t go anywhere much. He really wants to talk to you.” She gave me his name and hung up.

And so this book began.

It was several months before I could make the trip. I packed a few clothes in the truck and made my way across the bleak landscape of America’s northern tier. Scrub pines gave way to fields. Morning mist rose over rolling prairies. Small towns, signaled in the distance by towering grain elevators or church steeples, shot by on the side of the highway, unnoticed, unvisited, undisturbed.

The radio came in and out, offering moments of rock or classical music before disappearing into static. I switched from fm to am. Farm reports, local ads for hardware stores, specials on rakes and fertilizer and feed.

I checked the map and marked my progress. The reservations were defined only by slightly off-color squares surrounded by dotted lines. I tried to imagine an America seen from within these tiny islands in a sea of invading cities and farms. I thought of how a mild sense of discomfort overcame me whenever I crossed one of these borders into a reservation, and how I felt vaguely alien, unwanted, even threatened. How must it be for the Indians themselves, traveling across great expanses of country, feeling that same threat and alienation until they could reach the protective confines of one of the tiny off-color squares that were so few and separated on the vast map of our country?

I arrived on the old man’s reservation shortly after dark. The clerk at the local store was a heavyset Indian girl. She eyed me suspiciously when I gave her the name. Three young boys who were standing at the video rack stopped talking and watched me quietly.

“Over there,” she said, pointing toward the west. “He lives about three miles out. It’s kind of hard to find.”

I assured her that I was good at directions.

She drew a tiny map on the back of a napkin. It was full of turns and cutbacks and natural landmarks like creekbeds and fallen trees. I thanked her, bought a pack of Prince Albert tobacco, and set out.

Her map was good, better than I had expected. I soon found myself bouncing up a rutted path with weeds growing in its middle. The headlights formed a vague halo in the darkness. The eyes of small animals would gleam for a second on the side of the road, then disappear as shadowy forms made their way into the underbrush.

The road made a quick turn, then opened into a clearing. My headlights were shining directly onto a small clapboard house. Two cars sat outside. One was up on blocks. Three wooden steps made their way up to the front door. An old, low-bellied dog lay on the top stoop. When I opened the car door she came running toward me, barking and wagging her tail.

The front door opened and a figure emerged, silhouetted against the light inside the house.

“Yeah. Come on in,” came the reply, as if he had been expecting me. The voice was old but warm. Suddenly I felt more at ease. There was that Indian sense of humor and grace —
almost a twinkle — in its tone.

The dog continued barking. “Get away, Fatback,” the old man yelled. The dog fell silent and scrabbled her way under the car that was sitting on blocks. “Damn thing. Just showed up here one day. Now she thinks she owns the place.” The old man turned and walked back inside. He was slow and deliberate, hardly lifting his feet as he walked.

I made my way up the steps and into the door.

VISIT KENT at his website for more information about his travels and his other books. SPECIAL BIAS-BUSTERS OFFER: Through October, we are offering that MSU guide along with a whole series of other MSU guides to cultural diversity as a special Bias-Busters library.

WANT A NATIVE AMERICAN PERSPECTIVE?
We also publish Warren Petoskey’s memoir Dancing My Dream. Over the years, Warren has been a strong supporter of Kent’s work and often has praised his books, including Neither Wolf Nor Dog, at Warren’s own public appearances. Warren traces his family to the leadership of Native families who lived in northwest Michigan and gave their name to one of the state’s most popular tourist destinations.