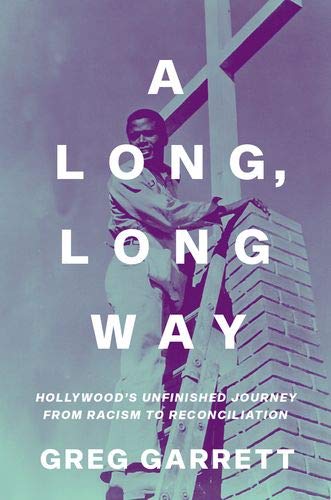 Click on the cover to visit the book’s Amazon page. The book is also available directly through Oxford University Press as well as Barnes & Noble.

Global protests in the wake of George Floyd’s death on May 25 are rattling the foundations of major institutions from local and state governments to major segments of American culture, including professional sports and media networks. Countless Hollywood leaders are responding. On June 10, The New York Times published the news that the HBO Max streaming service was pulling one of the most popular movies ever produced in Hollywood: Gone with the Wind—because of racist portrayals and a positive, nostalgic view of the South’s role in the Civil War. The streaming service plans to return it later, accompanied by “a discussion of its historical context.”

Why is Hollywood such a vital part of the Black Lives Matter effort to open up discussions of systemic racism?

In his new book A Long, Long Time, Baylor University scholar Greg Garrett says that it’s because movies are such a deeply embedded part of our own self image as Americans.

Throughout his book, he draws on James Baldwin‘s piercing analysis of this problem. “The language of the camera is the language of our dreams,” Baldwin wrote way back in 1976, decades before Hollywood power-brokers were even listening to such critiques.

The result, Garrett concludes, is that for people of color, movies also have been the language of nightmares—including overwhelming nightmares from deep in our past. Almost overnight, Americans have gone from watching mainly new and recent movies at theaters or on cable TV—to expecting that the entire century-plus history of Hollywood will be instantly streamable at home. Along with that 24-7 availability comes all the legacy of Hollywood’s ugliest eras of bigotry. “The title of the book refers to Dr. Martin Luther King’s famous line: ‘We’ve come a long, long way and we still have a long, long way to go before the problem is solved’,” Garrett said in an interview about his new book. In fact, King first delivered that line in the mid 1950s—and he kept repeating it until he was killed in 1968.

“The six films in this book offer us all an opportunity for conversation about the different places Hollywood has taken us,” Greg said in the interview.

In his book, he writes: “Over the past century racists have used the medium of film to perpetuate harmful stereotypes and offer warped narratives, or they have portrayed white reality as though it were the only reality that mattered.” In the later 20th century, he writes, that began to change as “filmmakers of conscience” began to challenge racism—and, especially in more recent years, black filmmakers have attacked the problem and broadened our vision.

Why is this book such an important invitation to congregations and community groups today? Because, right now, two-thirds of Americans have become supporters of the Black Lives Matter movement—and 38 percent “strongly support” it, says a June 12 Pew Research report.

What Are the 6 Films in Greg Garrett’s Book?

Many films are mentioned in his 230 pages, but the book really is designed as a discussion guide for a six-week series with a class or small group—perhaps in a congregation, a school, a library or some other community setting.

Here are the six films that each receive a full, chapter-long analysis for individual reflection or group conversation:

Greg begins his series with the single most lethally racist feature-length film in U.S. history: D.W. Griffith’s Birth of a Nation. Not only is the film a catalog of the most viciously racist myths in American culture—it also became the recruiting tool for a rebirth of the dormant Ku Klux Klan. After the Civil War, President Grant sent the Army to quash the original Klan. The debut of Griffith’s movie celebrating the Klan literally brought the organization back to life.

“This is a film that almost no one teaches anymore in classes, because it’s so toxic. My argument is that the film was so important, in its time, that people need to grapple with these incredible negative, awful representations,” Greg said in our interview. “My argument is that we need to talk about how all of these terrible elements were put together so skillfully by Griffith. We need to recognize what happened here and how this worked on audiences.”

Just as Greg does with all six films in this book, he devotes an entire chapter to analyzing Birth of a Nation—fascinating material for a group leader to develop a lively discussion.

Still hesitant about showing such a viciously racist film in your small group? Over the past two years, a growing body of educational material has become available for discussion. Birth of a Movement is the best book about the impact of Birth of a Nation—and also the remarkable birth of a black protest movement, even in that early era. In reclaiming that forgotten history, Boston University scholar Dick Lehr describes the equivalent of a Black Lives Matter campaign that sprang up in reaction to Griffith’s film in 1915. The courage of those pioneering activists was remarkable! Lehr’s book is available at Amazon and a one-hour documentary version is streaming on Amazon, or is available as a PBS-co-sponsored DVD.

If you are inspired to organize a Greg Garrett film series, using Greg’s book as a guide for six discussions, you could extend your series to seven weeks and begin with Birth of a Movement to provide more historical context—and to tell the inspiring story of activists who took to the streets a century ago.

Greg subtitles this chapter: “Friendship and the Beloved Community.” If you plan a discussion series, this film will be both a popular draw—and a surprising choice for a discussion series on race. In his chapter on this classic Bogart-Bergman love story, Greg zeroes in on Bogart’s friendship with the black piano player Sam—and relates their friendship to life-and-death themes arising during World War II. 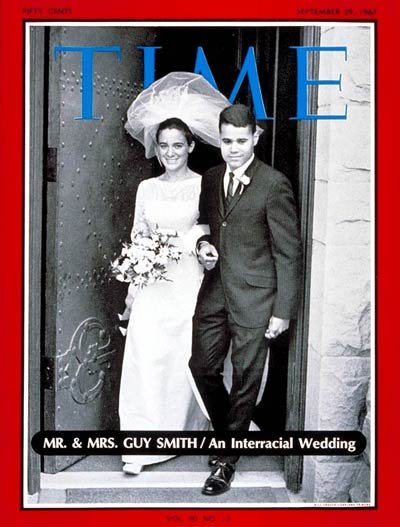 Click this 1967 TIME cover to read more about this historic issue of the magazine.

Not as surprising in such a six-film series is this Tracy-Hepburn classic. What Greg adds to our discussions is important context, starting with the year this movie, co-starring Sidney Poitier, was released. That year, 1967, was not only a tragic landmark in urban rebellion—it also was the year the U.S. Supreme Court struck down laws banning inter-racial marriage in Loving v. Virginia.

You and your friends are likely to have seen the groundswell of international media about Spike Lee’s provocative masterpiece. They may welcome a chance to see the film along with an opportunity to discuss it. Just a few of the recent headlines about this film have appeared in: National Public Radio, The Wall Street Journal, The Hollywood Reporter, The UK Guardian and Forbes. You’ll find dozens of other recent columns about Spike Lee and Do The Right Thing with a simple search of Google-News.

Greg knows this Paul Haggis Oscar-winning film is a poster-sized example of the term “controversial.” Many have condemned the film, including New York Times critic Amanda Hess who wrote that  Crash ranks among the worst best-picture winners ever. Other critics agree, charging it’s merely a white person’s feel-good idea of resolving racism. Greg subtitles his chapter “Worst Best film? Or Essential Parable?” He argues that discussing Crash, especially right after Spike Lee’s film, helps us to explore some deeply entrenched white assumptions about racism.

Greg closes with a chapter that brings us through the killing of Trayvon Martin in 2012 and the rise of media voices including Ta-Nehisi Coates and Jordan Peele, the director of the Oscar-winning horror story Get Out.

Greg is an active voice for justice and inclusion both in the U.S. and in the UK as well. During the years he prepared this book, he has co-hosted film festivals and discussion groups. You can learn a lot more about his work and his many earlier books by visiting his Amazon author page.

Recently, Greg spoke with the online magazine Faithfully about the timeliness of the issues explored in his new book.

He wrote a commentary in the Austin Statesman.