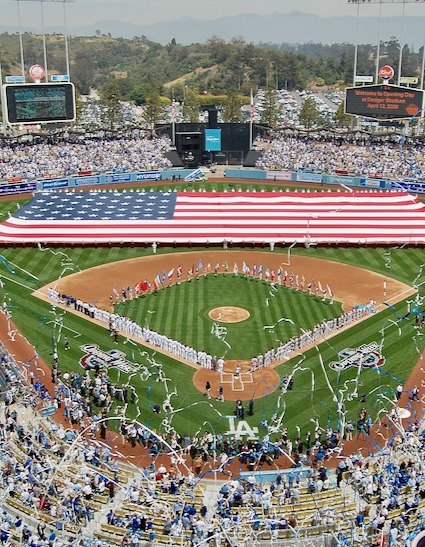 Photo of a Dodgers opening day, courtesy of Wikimedia Commons and photographer ABrownCoat.

I’ve recommended Shoeless Joe—the story of a man, a farm with a baseball field, and J.D. Salinger—to many a person who wants to know more about the hold baseball has on the imaginations of so many people. You may know the book better by the film it spawned, Field of Dreams.

None too few of these folks come back and tell me they hated the book—and the movie. The words they use to describe their feelings about both are easily summarized: “sentimental rubbish.”

I can understand. Hard-nosed fans like myself are prone to deluding ourselves into believing that baseball is more than a game; we can even be fooled into believing it’s an existential window into the human soul.

And yet—as I look for ways to make sense of life that no longer includes an institutional church, baseball helps. 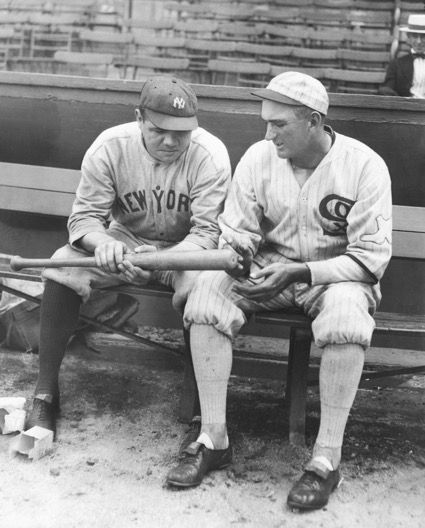 There is a liturgical rhythm to the game. For me, there are no more poetic words in the English language than “Pitchers and catchers report.” The buzz begins in late January, as Spring Training camps prepare to welcome major league teams to their homes away from home in Florida and Arizona. By March, “Play ball!” is shouted in stadiums, and fans like me are tuning in as our favorite announcers dust off their home-run calls and bluster about the promising season ahead.

The thrill of spring baseball quickly gives way to the day-to-day grind of a 162-game season. Fans embrace this in many ways. Some make it their life, immersing themselves in statistics, box scores and chat rooms that can border on obsessive. But for most, as Washington Post sports writer Tom Boswell notes, baseball isn’t so all consuming. “I’ve always felt there was something in the day during the baseball season there wasn’t the rest of the year,” he said on Ken Burns’ epic PBS series Baseball.  “It’s not that you have to listen to the game, it’s that you could listen to it if you needed it.”

By fall, the baseball-loving world is united around the game’s jewels—the play-offs and World Series. As winter settles in, fans have both the highs and lows of the past season to sustain them, as they place it in context with the game’s 150-plus-year history.

Jackie Robinson and Peewee Reese. No photograph has been found of the actual gesture by Reese, which occurred in front of the crowd that day in 1947. But the two later posed for photos that circled the world.

‘The Community of Baseball’

The community of baseball is itself a wonder. The sport can temper even hardened souls. Side by side on summer afternoons and evenings sit Republicans and Democrats; scientists and mystics; religious fundamentalists, atheists, and people of faith—united by an interest the game.

Trivial though it sounds, the bleachers at local little league fields and the reserved seats at major league ballparks create a sacred space in which peaceful, honest dialogue can occur. Most of the time, the changes this brings are relatively minor—the economist can honestly hear the plight of the worker, the Christian Fundamentalist can get to know the Muslim imam.

Sometimes, these baseball cathedrals are themselves the catalysts for cultural change. When Pee Wee Reese put his arm on Jackie Robinson’s shoulder in 1947, it cleared the ground for a more honest discussion about race relations.

And when Al Campanis stumbled on Nightline 40 years later, suggesting African-Americans weren’t managers because they weren’t smart enough, baseball again was the catalyst for a national discussion about the glass ceilings African-Americans face.

The game even has its sacred stories—grounded in both truth and myth. Babe Ruth’s called shot in the 1932 Series that may or may not have occurred. The incredible talent of Satchel Paige, whose precise numbers are lost to history. And the whispered prowess of Steve Dalkowski.

No—baseball is not a religion.

But there’s certainly a case to be made that the game has created a heaven right here on Earth. And for lots of people, that’s more than enough most of the time. 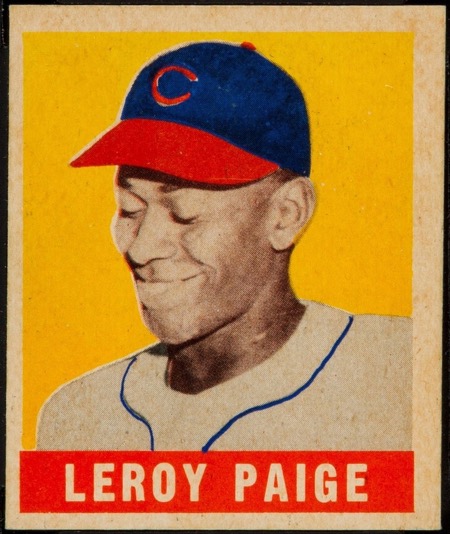 Satchel Paige’s 1948 baseball card, when he became the oldest “rookie” in the game by agreeing to play for Cleveland.