By RABBI BOB ALPER
Author of ‘Thanks. I Needed That.’ 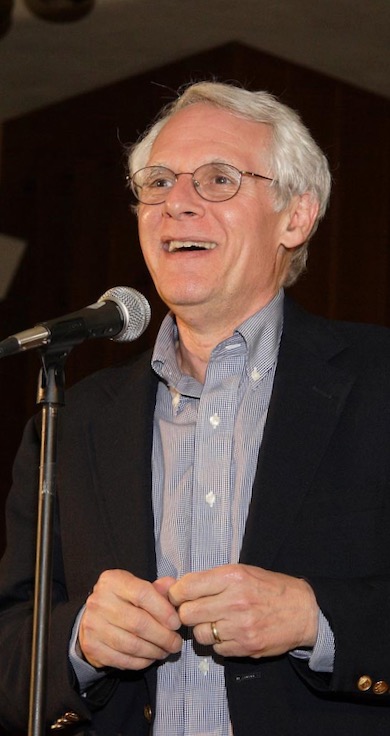 I never met or even heard of D. G. Martin.  But I like him and respect him as well.

On August 19, he wrote a powerful defense of a friend, North Carolina Elections Board Chair Bob Cordle.  D.G. began by quoting a joke I told a week earlier, to a burst of laughter from 1,200 listeners, at the famed Chautauqua Institution.

D.G. writes, “On the same day, Rabbi Alper was accepting a warm and appreciative reaction from the audience at Chautauqua, Elections Board Chair Bob Cordle was getting a very different reaction after telling essentially the same story, set in Ireland and Wales rather than eastern Europe, to a conference of elections officials.”

OK, so here’s the joke, in its entirety, as transcribed and included in D.C.’s column.

Years ago in a small shtetl, a Jewish community and very poor, the communal cow died.

They collected 300 rubles, all the money they could gather, and sent a representative to Moscow to buy a new cow. He came back with 300 rubles and no cow. The cheapest cow was 600 rubles.

What are we going to do? The committee met. They thought, they thought. Finally, they came up with an idea that maybe cows are less expensive in smaller cities.

They sent him off to Minsk. He came back leading a cow.

This cow gave milk like no one ever remembered, amazing amounts of milk, to the point where they said, we need to breed her.

They went to the wisest man in the village, the rabbi, and told him what was happening.

He stroked his gray beard, and he thought and he thought. And finally he said, “Let me ask you a question. This cow: she’s from Minsk, isn’t she?”

“Why yes Rabbi, she is! How did you know that?”

While I received guffaws, Cordle was forced out of his Elections Board chairmanship when he told his version.

“Cordle,” D.G. angrily observed, “has led an exemplary lifetime of unselfish public service. As his longtime friend and admirer, I have followed his laudable record of goodness and strength. To have his story characterized in the news as “a lengthy joke about cows, sex and women,” “sex joke,” “off-color joke,” “dirty” and even “misogynistic,” was unfair as was having him summarily forced out on the basis of these inaccurate characterizations of the story he told.”

My take on all this?  I’m deeply saddened that Bob Cordle ran into a buzzsaw of righteous indignation while I received only the sweet sound of guffaws from the intellectually sophisticated people in my audience, and not a single complaint.  In fact, I told that joke again last week at a “Solidarity of the Faiths” in Brick, NJ, co-sponsored by nine churches and three synagogues, with the town mayor and quite a few clergy in attendance.  No complaints there either.

Plus, it’s funny!  I devote a section at the end of my shows to jokes, and that one draws some of the biggest laughs.

Sounds like Bob Cordle was faced with an audience, or part of an audience, who, as we say, were comedically constipated.

I have a line in my stand-up routine that I hope will cheer Bob.  “What I love to do just before Yom Kippur, our Day of Atonement, is to go around to family and friends and tell them, ‘If, during the past year, there is anything I have said or done that has hurt you or offended you, I want you to know – you’re too sensitive.’”

And the bottom line is that in this very painful era of national and international turmoil and fear, combined with all of our personal problems, sadness and challenges, what Bob Cordle did was to bless his listeners by providing a badly needed laugh.

VISIT BOB’S WEBSITE where you can check out his upcoming appearances as well as his various books and his DVD.

VISIT BOB’S AMAZON AUTHOR PAGE where you can order a copy of his books ‘Thanks. I needed that.’ and ‘Life Doesn’t Get Any Better Than This.’