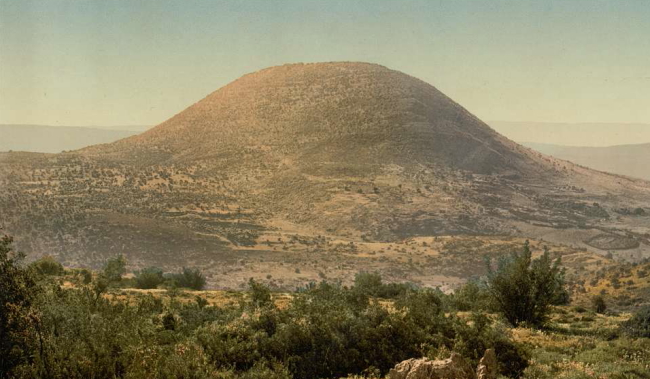 Mount Tabor, in Israel; the biblical site of the Transfiguration. Photo courtesy of Picryl

SATURDAY, AUGUST 6: An event revered by St. Thomas Aquinas as “the greatest miracle” is recalled by both Eastern and Western Christians today, on the centuries-old Feast of the Transfiguration of Our Lord. (Note: Catholic and most Orthodox churches mark this feast on August 6, though many American Protestant congregations, among them United Methodist and some Lutheran churches, celebrated Jesus’s transfiguration much earlier this year as part of their Epiphany season.) 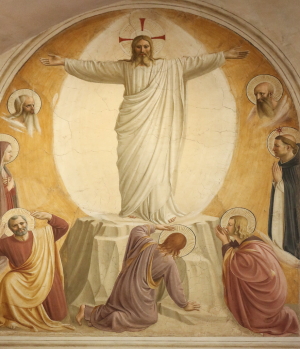 A fresco depicting the Transfiguration, by Fra Angelico. Photo by Lawrence OP, courtesy of Flickr

While heading back down the mountain, the Bible describes Jesus as telling his disciples not to speak of what they had seen until he has risen from the dead. The disciples—confused by the words “risen from the dead”—discuss the meaning of this puzzling experience.

Did you know? In 2002, Pope John Paul II selected the Transfiguration as one of the five Luminous Mysteries of the rosary.

Theologians have argued for centuries about the metaphysics of the transfiguration—whether Jesus’s garments became white and his face shone like the sun, or that, perhaps, the apostles’ senses were transfigured so that they could perceive the true glory of God. Nonetheless, Christian churches agree that the transfiguration took place on Mount Tabor. The mountain represents the meeting point of human and God; of earth and heaven.

Did you know? In Byzantine theology, the Tabor Light is the light revealed on Mount Tabor at the Transfiguration of Jesus, identified with the light seen by Paul on the road to Damascus.