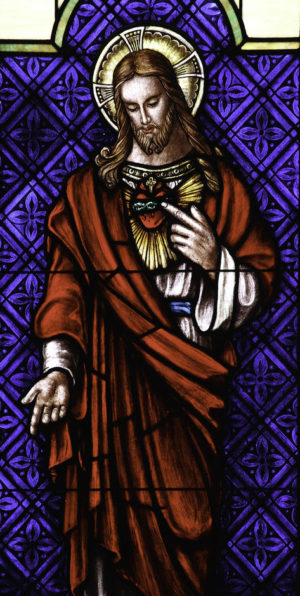 A stained glass image of Jesus and the Sacred Heart, Bushwood, Maryland. Photo by Lawrence OP, courtesy of Flickr

FRIDAY, JUNE 28: In prayerful reflection, Catholics focus today on the depth of divine love for today’s feast, the Solemnity of the Most Sacred Heart of Jesus.

Note: Many Catholics began preparation for today’s feast by starting a Novena to the Sacred Heart on Corpus Christi (this year, on June 20).