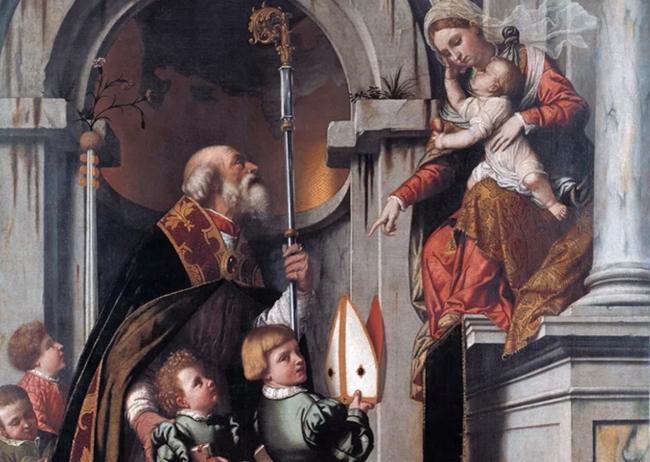 TUESDAY, DECEMBER 6: The white-bearded man in the red suit may travel by reindeer in the West, but today, Sinterklaas, or San Nicola, arrives across Europe on horseback—for St. Nicholas Day. For European children, St. Nicholas Day brings hope of sweets, small toys and surprises, as the fourth-century saint makes his rounds with Zwarte Piet (Black Peter). For Christian families, the excitement and gifts of St. Nicholas Day can better prepare children for focus on the Nativity on Christmas Day.

2022 NEWS: Earlier this year, archaeologists announced the discovery of the original burial place of St. Nicholas—underneath a church in the Antalya province, in Turkey. The church, named after St. Nicholas, was built in the 7th or 8th century on top of another church, where Nicholas is believed to have served as bishop. Read more from Heritage Daily, or from People.com.

Advent season: For more than a billion Western Christians, Advent begins before St. Nicholas day. (The first Advent Sunday fell on November 27 in 2022.) 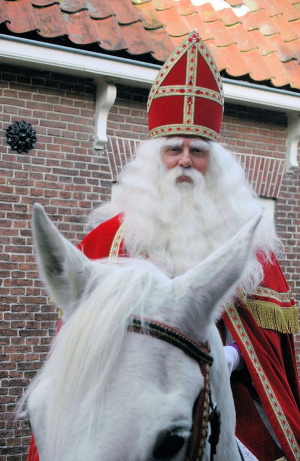 A man dressed as Saint Nicholas, in Holland. Photo by Jim Forest, courtesy of Flickr

The nonprofit St. Nicholas Center offers free printables, stories, handmade gifts and more, including a video to introduce St. Nicholas, intended for St. Nicholas events and a handout on The Real Santa (with an Eastern image, too). Visitors to the site can find printable candy bar wrappers, paper bag puppets, cookies and even a religious devotional for churches—all with the intention of spreading the story of the life of the famed bishop of Myra.