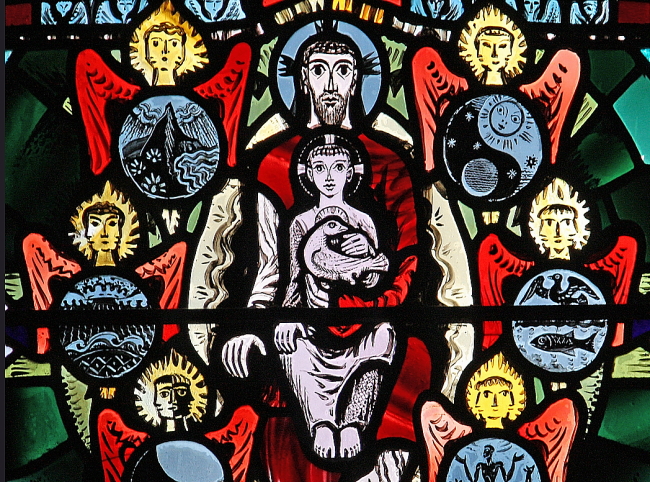 An interpretation of the Holy Trinity in stained glass. Photo by Lawrence OP, courtesy of Flickr

SUNDAY, JUNE 12: A culmination of the Nativity, Epiphany, Resurrection, Ascension and Pentecost, Trinity Sunday is observed by both Eastern and Western Christians today, calling to mind the role that each member of the Holy Trinity—the Father, Son and Holy Spirit—plays in Christianity. In the Western Christian church, white banners are draped and vestments shine as a sign of purity, one week following the Pentecost holiday; in the Eastern Orthodox Christian church, Trinity Sunday is observed on the same day as the Sunday of Pentecost.

Did you know? Some Christians may be surprised to learn that the original writers of the New Testament did not use the term “Trinity” as it appears in mainline Christianity today. While the three elements of divinity, God and Christ and Holy Spirit, were a part of the faith from its early years, the famous theologian Tertullian (who lived and wrote in Africa) is widely credited as introducing the first full analysis of the Trinity in the early 3rd century. The doctrine wasn’t formalized among Christian leaders until the fourth century.