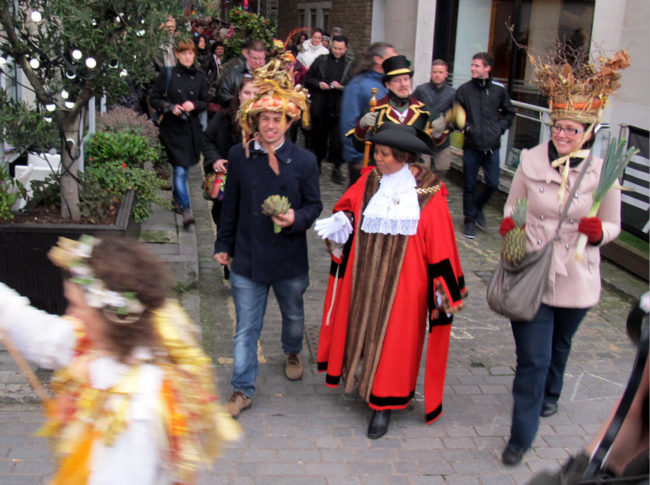 TUESDAY, JANUARY 5 and WEDNESDAY, JANUARY 6: Mayhem and jolliness rule on Twelfth Night, the final event of the 12 days of Christmas and the eve of Epiphany. On the following day, January 6, Epiphany is celebrated in in Western Christianity, thus officially ending the Christmas season in the church; this feast is known as Theophany (or Divine Manifestation) in Eastern Christianity.

Did you know? These festivals have been evolving for many centuries. Epiphany and Theophany customs in some countries actually mingle Eastern and Western Christian traditions—look to Eastern Europe for examples. Also, many Christians in the U.S. marked Epiphany on Sunday January 3 this year. In fact, the official U.S. Roman Catholic calendar considers all of this week to be an extension of “Christmas week,” so the first week of the next Christian season (Ordinary Time) does not begin until January 11, 2021. 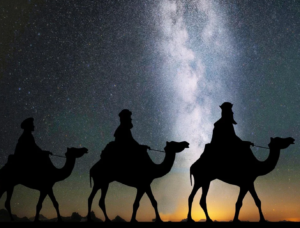 In the Christian church, Twelfth Night is Epiphany Eve, and the faithful prepare for the feast celebrating the visitation of the Magi. In some Catholic countries, children anticipate small gifts and candies to be left on the evening of January 5, as the Magi “pass by” on their way to Bethlehem. Songs such as “We Three Kings of Orient Are” and “I Saw Three Ships” pay homage to the Magi and, respectively, to their relics being transported to Cologne, aboard three ships.

NEWS 2021: As with many holidays this year, virtual celebrations are taking the place of many in-person festivities for Twelfth Night 2021. From New York, reenactors present Salutations of the Season, an online event (read more here); similarly, an annual Twelfth Night event in Pennsylvania will be moving online this year. From the Cathedral of the Incarnation, the Cathedral Choirs will perform on January 3, with their annual program, “Twelfth Night and the Procession of Three Kings” (get the Zoom link on the cathedral’s website).

Did you know? In Colonial America, the Christmas wreath was left on the door until the end of the Twelve Days of Christmas, at which time any edible portions were consumed. In a similar manner, any fruits on Christmas trees were consumed on Twelfth Night.

ON EPIPHANY, Christians worldwide rejoice in the manifestation of Jesus, revealed as God the Son, on the Feast of Epiphany (in Greek, Theophany). Literally “striking appearance,” or “vision of God,” Epiphany and Theophany have been central to both Eastern and Western Christian calendars for centuries. Through Advent, the Western Christian church anticipated the coming of Jesus—and, of course, Mary and Joseph were the earliest witnesses—but Christian tradition holds that one key moment in this revelation was the arrival of the Magi. With the arrival of representatives of other nations came the true unveiling of God’s purpose took place.

ON THEOPHANY, Eastern Orthodox Christians celebrate Jesus’s manifestation as the Son of God, although Eastern tradition focuses on his baptism in the Jordan River as the key moment of revelation. 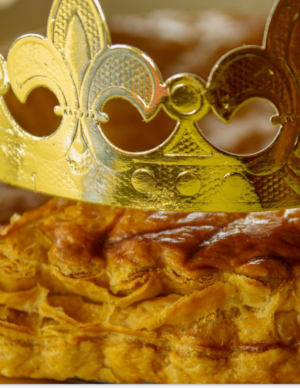 A traditional galette de rois (cake of the kings). Photo courtesy of PxHere

Epiphany customs in some regions of the world rival those of Christmas, and in most years, festivities include parades, parties, cakes and “visiting” Magi. On the morning of Epiphany in Poland, some children dress in traditional clothing, carols are sung and homes are blessed; in Argentina, many children awake to find gifts left by the “passing” Magi.

In Eastern Orthodox Christian communities, Epiphany (called Theophany) commemorates the baptism of Jesus in the Jordan River; because all three branches of the Holy Trinity were present at Jesus’ baptism, according to church teaching, this event marks the moment at which Jesus was fully recognized as the Son of God.

Whether baking a Spanish roscon de reyes (kings’ ring) or French galette de rois (cake of the kings), have some Twelfth Night fun!

Sip lamb’s wool (a type of wassail) and bite into a king cake, two customary dishes served on Twelfth Night. Check out recipes at Fish Eaters.

An English Twelfth Night cake recipe is courtesy of the New York Times.

In some countries, Twelfth Night and Epiphany mark the start of Carnival season, which lasts through Fat Tuesday, or Mardi Gras.