“O Thou kind Lord! Unite all. Let the religions agree and make the nations one, so that they may see each other as one family and the whole earth as one home.”
Portion of a Baha’i prayer, frequently read on World Religion Day 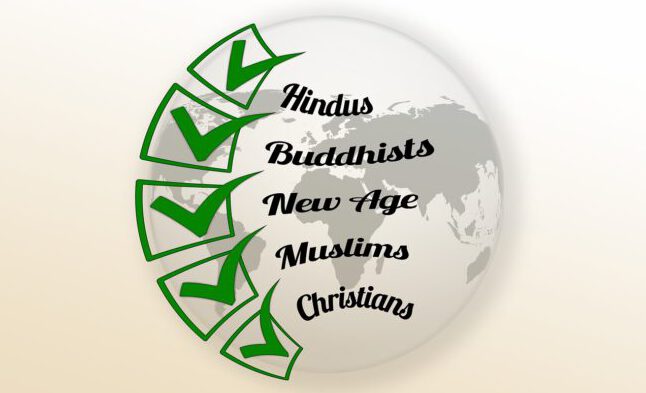 SUNSET SATURDAY, JANUARY 16: Take a few moments to consider unity through diversity, joining Baha’is on this, the 70th observation of World Religion Day.

Initiated in 1950, World Religion Day follows an essential tenet of the Baha’i religion: the belief that all religions are one, with each prophet or messenger delivering God’s truth for his time and place. Though deeply engrained in the faith, the call to “consort with followers of all religions in a spirit of friendliness and fellowship” is particularly emphasized on World Religion Day. When a feeling of oneness amid world religions is lacking, Baha’is believe, true global peace can never be achieved.

Established by the National Spiritual Assembly of the Baha’is of the United States for the third Sunday of January, World Religion Day brings interfaith panels and discussions, conferences and multi-faith gatherings to Baha’i communities—many of which will be held virtually, this year. While followers of Baha’u’llah’s religion recognize Baha’u’llah in a primary way—as one who brought a message of unity that is essential for our time—adherents also accept such religious figures as Abraham, Krishna, Zoroaster, Moses, Buddha, Jesus and Muhammad. World Religion Day was created to raise awareness of similarities between the spiritual principles of various faiths.