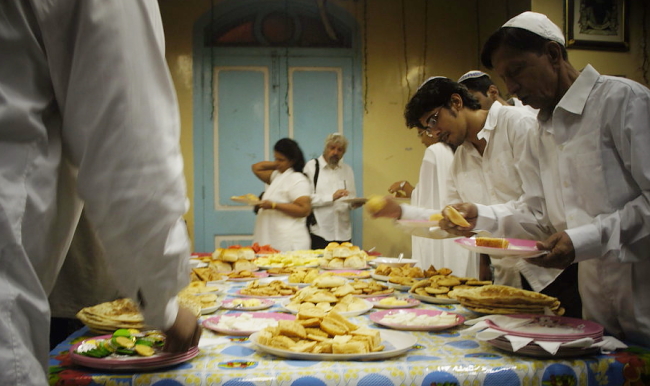 SUNSET WEDNESDAY, SEPTEMBER 15: From the sweet wishes of Rosh Hashanah and through the High Holidays, Jews arrive tonight at what is often referred to as the holiest day of the year: Yom Kippur.

A solemn observance, Yom Kippur (also called the Day of Atonement) is believed to be the final opportunity to make amends before one’s fate is sealed for the coming year.

Did you know? Throughout history, when Jews were forced to publicly convert to another religion, the Yom Kippur Kol Nidre service would annul those vows.

For 25 hours–this year, from sunset on September 15, the official start of Yom Kippur–Jews uphold a strict fast. Intense prayer accompanies the fasting, and many Jews spend hours repenting. Having asked forgiveness from others and made amends in the days preceding Yom Kippur, Jews ask forgiveness from God on Yom Kippur. Kol Nidre, or “All Vows,” gathers the larger Jewish community and begins Yom Kippur evening services; Ne’ilah, a service during which the Torah ark remains open and the congregation stands, is the final plea to God for forgiveness. A blast from the shofar follows the final prayers.

Why is Kol Nidre so significant? Kol Nidre is a deeply emotional experience for many Jews. At the start of Yom Kippur, amends are made and the community symbolically opens itself to regular members as well as others who rarely attend services. There is a long and complex history to the traditions of Kol Nidre—and there are many examples in Jewish fiction of moving scenes set at Kol Nidre. Overall, Kol Nidre represents a fresh resetting of commitments and promises within the community.

Most years, Jewish house of worship to capacity on Yom Kippur: Main seating areas can often be expanded on special occasions, and Yom Kippur is the main holiday when all the partitions separating rooms are removed. Overflow seating sometimes is added in other parts of the building and the majority of the Jewish community shows up for at least part of the long series of services.

UPDATE 2021: While many synagogues are reporting that in-person Yom Kippur services will take place this year, pandemic regulations will be followed and most temples won’t be filled to capacity. Alternatively, some synagogues will be offering virtual services. (The Jewish Telegraphic Agency reports on available online services for Rosh Hashanah and Yom Kippur.)

Although Yom Kippur is a solemn day, it is also one of celebration: Celebration of the anniversary of God forgiving the Jewish people for worshipping the golden calf. According to Jewish scholar and ReadTheSpirit contributing writer, Joe Lewis: