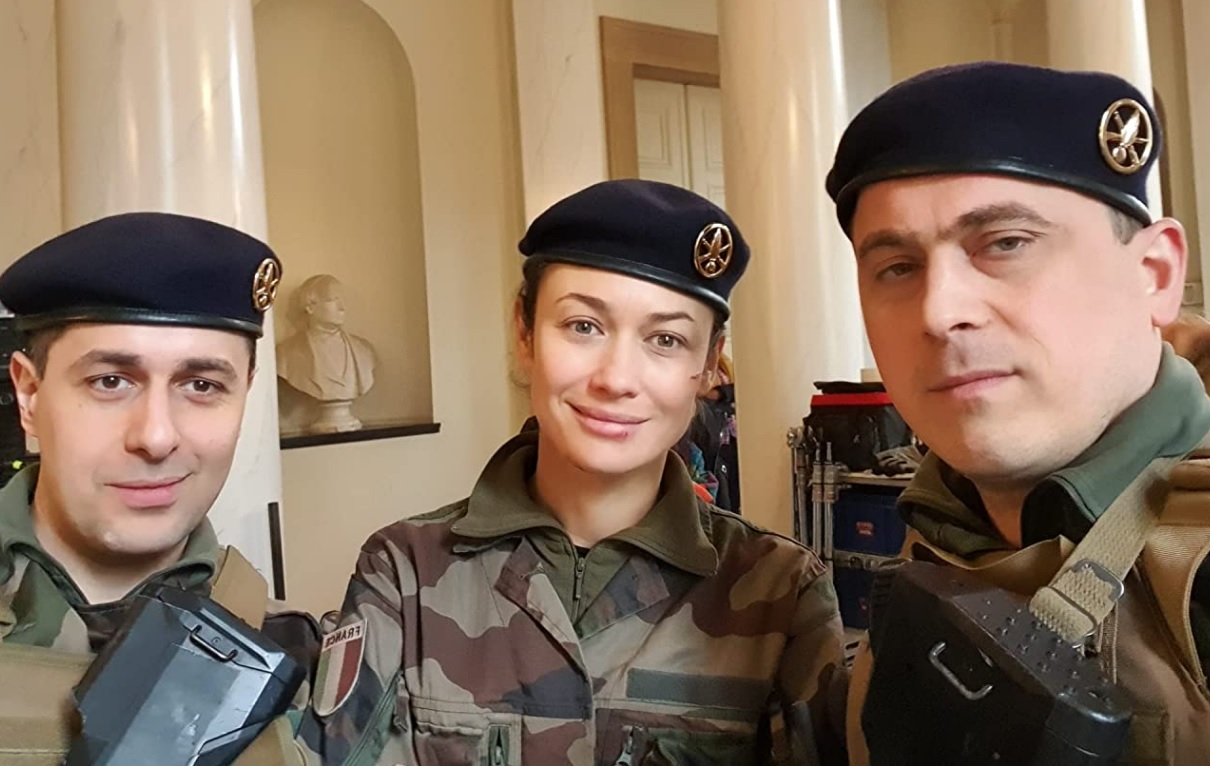 Director/writer Julien Leclercq could well have taken Psalm 58 as his text in this tale of vengeance. For me it started out well with an intense scene set in Syria where a French soldier named Klara (Olga Kurylenko) serves as an interpreter. Her squad is interrogating a family with children when something goes horrifically wrong.

Returned to her home in Nice to recover from her trauma while still serving in Operation Sentinel, she and her sister Tania (Marilyn Lima) visit a dance club where the two become separated. From the floor below Klara can see Tania consorting with a group of Russian men. The next thing she knows is that her sister has been raped, beaten, and left on the beach in a coma.

Drawing on her military connections, she is able to study the club’s surveillance video and learn the identities of the men Tania had been partying with. Unfortunately they are wealthy and have diplomatic immunity, so there is nothing the authorities can do. This turning out to be an action film rather than the hoped for study of a female soldier suffering from trauma, Klara decides to become her own one-woman vengeance force. Her fights against the odds will thrill some, perhaps, but the ease with which she gained entrance to the Russian oligarch’s mansion spoiled the rest of the film for me. I always have to agree to a certain amount of suspension of belief in order to watch this genre, but in this story there is neither surveillance cameras nor posted armed guards around the perimeter of the property—Klara just walks in and starts searching for her quarry.

This is a film to watch if there is nothing else available. At least it is relatively short.

French soldier Klara, suffering from PTSD from Afghanistan, seeks revenge on a Russian who raped her sister.
Editor Rating ★★★★★3 out of 5
More Details