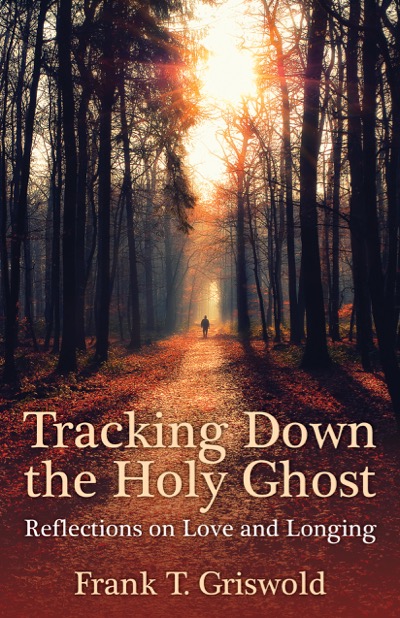 Why do we need this wisdom from former Episcopal Presiding Bishop Frank Griswold right now? Because, at the heart of this little book is an invitation from a survivor of conflict to walk along with him through various dramatic encounters and discover, in the end, that Spirit can guide us not only to our own individual solace—but toward re-establishing ties in a deeply divided community.

Griswold knows what he’s talking about. He’s most famous as the man at the helm of the Episcopal church when Gene Robinson was elected as the first openly gay Episcopal bishop and the entire denomination threatened to implode. Yes, in this book, Griswold briefly describes how he weathered that storm and brought a majority of other bishops to support Gene. But that’s not the main point of Tracking Down the Holy Ghost. The main point of this pilgrimage-in-print is to explore Griswold’s larger faith in the potential to heal our divided world:

“I have learned over the years that moments of resistance and unsettlement are almost always invitations to deeper prayer and greater availability to the motions of the Spirit,” he writes, citing sages including St. Francis, Carl Jung, Pierre Teilhard de Chardin, Evelyn Underhill, Gerard Manley Hopkins and Flannery O’Connor—to whom Griswold credits his book’s title. For some of our ReadTheSpirit readers, that list of citations alone is so rich and deep that it’s reason enough to purchase a copy of Griswold’s paperback. Don’t you want to know how he assembles that particular jigsaw puzzle of great thinkers?

That’s one of the pleasures of this book—but this is far more than a knitting together of the wisdom of these sages. You’ll turn the pages here because Griswold’s narrative is woven with wonderful nuggets from his own life. Among the most delightful is a true story about Griswold quite unexpectedly encountering and then re-encountering an angel—enough said. Read the book for details about the angel.

Here’s the main reason to take this pilgrimage with Griswold: Anyone who has read this far in this column will agree that we desperately need some spiritual guidance if we hope to survive and heal today’s culture of conflict.

Why This Is So Timely

This next bit of news may be depressing—or it may be inspiring to consider how much our challenge today is a part of our enduring human condition, a challenge faced by each generation.

Preparing this Cover Story, I ran an in-depth search in the archives of The New York Times to find some compelling headlines about the virulent new culture of conflict in America. Much to my surprise, the first headline that popped up was from 1865. It was a front-page story about the turbulent debate ripping apart the Union over what to do with the imprisoned Jefferson Davis following the Civil War!

Not surprisingly, headlines from the Great Depression, the McCarthy era of political witch-hunting, the Civil Rights movement, the Vietnam War and the Nixon resignation popped up in this search. But I was startled to find: Americans have been facing agonizing challenges to our national unity for two centuries—often in chapters of our history that I assumed had been smooth sailing. Here are just two of the lesser-known snapshots of what Griswold calls American “unsettlement”:

What could have been calmer than the era of “Silent Cal” Coolidge? Not so! In 1925, the White House was accused of fostering a culture of conflict because the Coolidges planned to update the mansion’s furniture and other decor from the era of Teddy Roosevelt. Amazing but true—this touched off a tidal wave of controversy over whether any new president had the right to uproot tradition. While seemingly silly by today’s standards, headlines screamed: “Some Fear a Deluge.”

A haunting 1935 Times news-feature—six years before the U.S. entered World War II and Japanese were truly demonized in American news media—focused on how Japanese immigrants were dividing communities like Los Angeles and posing a challenge to our national unity. The headline asked: Are they “Citizens or Aliens”? The basic message was: These people don’t want to mix with us and that’s causing trouble. The most haunting detail in that 1935 story? The beautiful music at a Los Angeles-based Japanese cultural festival described by the Times reporter was from an exotic town called Hiroshima. 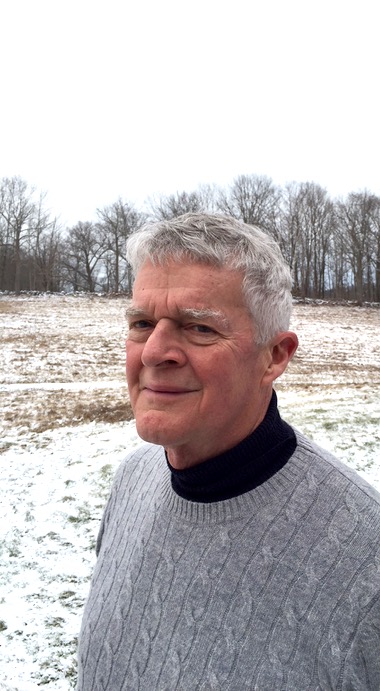 In our interview about his new book, Griswold said this culture of conflict is certainly a problem in 2018, but this also is a timeless human temptation.

“We see this today coming from the White House, of course. Almost every day there is this effort to hook us with purely emotional responses. The current president has an incredible capacity to stir raw emotion either against and for various things. Congress is absolutely enthralled with emotion. No one can think logically or clearly or temperately. Everyone is reacting. We’re all held hostage by forces that in the classical Christian tradition would be seen as evil.”

Stepping back, however, as Griswold invites us to do in this new book, we discover that this temptation is timeless. “Go back to the New Testament and the early centuries of the church and you’ll find that the discernment of spirits is a deep part of our tradition,” he said in our interview. “What is driving you? What is loving within you? What rage is inside you? The discernment of spirits became a classical Christian discipline. Just look back to the Desert Fathers. When we allow troubling spirits to overtake us, then we act on raw emotions and our actions can become very disordered and destructive.

“What I’m saying in this book—and when I say when I teach and speak these days—is that the rich tradition of Christian spirituality offers all kinds of insights into the most basic patterns of human behavior. Our spiritual disciplines should tip us off to the ways in which we can get caught up in these distortions. If I had a chance to talk with Congress, I’d say, ‘The basic problem is that none of us can even think clearly right now. Every day there’s some new bit of wildness unleashed from the White House and everybody is reacting out of raw emotion. We need to undertake a major piece of spiritual education to clear our minds and find a better way to pursue our national life.’

“We must discern that there is something larger than us, than our own individual desires,” Griswold said. “I hope that this book in a modest way helps people to at least ask: Gee, maybe there’s something that’s missing in my life that I need to attend to?”

In addition to ordering a copy of Griswold’s book via the links above, consider our own ReadTheSpirit Bookstore and our new Front Edge Publishing Bookstore. Both are packed with inspiring writers who can help you find balance and solutions for the challenges you face in life.