Click this image from PBS’s “Native America” to visit the homepage for the series.

“At the intersection of modern scholarship and Native knowledge is a new vision of America and the people who built it.”

Read those words again. That’s the single most important line in the introduction to Part 1 of PBS’s new four-part series, Native America. What public television is trying to do—along with the 100s of people who participated in this production—is redefine the way we think of Native Americans.

What does “redefine” mean? Now in my 60s, I was a high school student in 1970 when Dee Brown published Bury My Heart at Wounded Knee, which has sold more than 4 million copies and been translated into 17 languages. About that same time, I learned about the burgeoning American Indian Movement (AIM). My childhood vision of Indians, mainly as the enemies in Westerns, was turned on its head. For decades as a journalist, I joined with other reporters in documenting a host of Native American campaigns for justice: reclaiming stolen lands, reclaiming stolen artifacts, preserving languages that our government had tried to erase, revealing the horrific legacy of government boarding schools where Indian children were forced to abandon their family traditions.

For half a century, our vision of Indians has been of a complex network of peoples struggling to overcome genocide and oppression. Our heroes—activists and authors and storytellers and musicians—were on a collective mission to right these wrongs. The lives of men, women and children in Native communities depended on this effort.

Now, half a century after the founding AIM and the spreading of this story of injustice by Bury My Heart, the scholars and Native elders who we meet in this eye-popping new series argue that it is time to cast an entirely new vision of what we think of as the Native American Story.

For many generations, American school children have learned about the geniuses and the technological advances of the ancient world by looking primarily at the Mediterranean basin. Increasingly, textbooks also look to Asia and Africa. What’s been missing is an awareness that great visionaries, philosophers, scholars and inventors lived in the ancient Americas.

In this busy autumn season, you may look at the listings for this series and think: Oh, another documentary about Indians. I’ve seen so many already. Why should I tune in?

The reason: Right now, we’re at a historic turning-point in our collective understanding of Native American cultures. In another 50 years, you and your children may look back and say: “I remember seeing that PBS series back in 2018. That really did open my eyes to the vast riches of Native culture.”

That’s why the four parts of this series are: 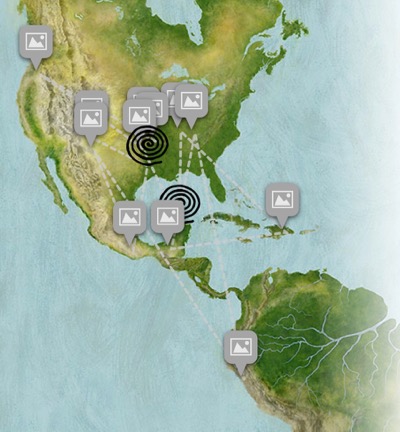 From Caves to Cosmos—The first hour explores Native origins, their creation stories and the way people living today continue to connect with these founding cultures.

European and Asian chefs may have originated some of the most popular dishes Americans enjoy today—but they stand on the shoulders of American Indians. Did you know that before Columbus connected the Old and New Worlds, Native peoples in the Americas had domesticated plants that, today, provide 60 percent of the food consumed in the world. Many of these foods were completely unknown outside the Americas until that cataclysmic connection in 1492.

In this first episode, you’ll see that one way Native peoples developed this expertise in agriculture depended on their connection with the disciplines of astronomy and architecture. We visit an amazing city designed collectively so that walls shared by all families served as a daily clock and a seasonal calendar. Farmers understood the optimal cycles for planting and harvesting by simply stepping out of their individual dwellings and observing the sun’s play along the city’s walls.

Then, the filmmakers take us to an even more astonishing series of three mountain ridges. The University of Illinois archaeologist Christopher S. Davis shows us around these ridges and demonstrates how paintings on the rocks turn this geography into an immense almanac. The narrator explains, “Eight thousand years before England’s celebrated Stonehenge, Native Americans painted these cliff faces to transform mountains into a three-dimensional solar calendar. It is the earliest evidence of tracking astronomical events in the Americas.”

Davis adds, “They created a calendar that you can walk through—a pictrographic almanac that encapsulates this landscape.”

These examples begin to sound like some awe-inspiring TED Talk by a cutting-edge green architect today, envisioning how we could transform the landscape to better accommodate weather patterns and natural resources. What we see in this PBS series is that brilliant Native innovators were doing this millennia ago.

Nature to Nations—We continue this story of the advanced Native cultures that built vast cities and elaborate systems of sustainable agriculture. We travel from Peru to Mexico to the Pacific Northwest.

Cities of the Sky—Just how advanced were these builders? These civilizations and the cities they built were capable of stunning public projects. Did you know that you don’t have to travel to Egypt to see the world’s largest pyramids? Some of the most ambitious were built right here in the Americas.

New World Rising—What are we still learning from Native peoples today? The authors of our U.S. Constitution were inspired by America’s first democracy—created by Indian communities. How can we feed the world’s peoples today? Consider that Native peoples carved the Andes mountains into fields that fed millions.

WHERE DO WE TURN FOR ANCIENT WISDOM?

Where do we turn for ancient wisdom that may help our troubled world today? All too often, we simply assume that the great innovators lived around the Mediterranean—or perhaps, we look to Asia. Today, just as African scholars as showing us that their continent also was a seat of timeless wisdom—these Native American peoples are showcasing the gifts their ancestors continue to give our world, today.

As Part 1 of this series tells us: We have barely begun to glimpse the wonders of ancient America! The PBS narrator tells us, “It is another world thriving with 100 million people, connected by elaborate roads, bridges and social networks spanning continents with some of the world’s largest cities, aligned to the heavens. It is the birthplace of some of the greatest civilizations on earth. This is the Americas, more than 500 years ago.”

Tune in! Your vision of Native America may turn upside down. 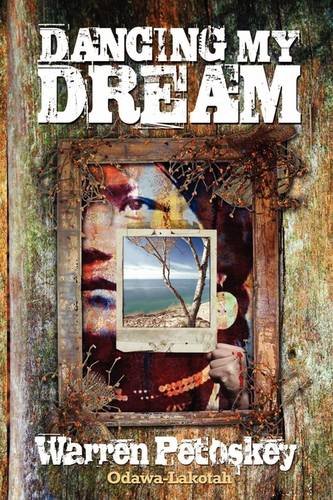 VISIT THE PBS HOME PAGE FOR NATIVE AMERICA—Lots of multi-media resources branch from this homepage. First, you’ll find summaries of all four episodes, plus a handy way to find a channel in your part of the country airing this series. You also can enjoy lots of video clips.

INTERACTIVE MAP—At a glance, you’ll see the Americas, marked by icons you can click to learn more about specific cultures and artifacts.

DANCING MY DREAM—Here at ReadTheSpirit, we are proud to publish Dancing My Dream, the memoir of Odawa-Lakotah elder and artist Warren Petoskey.
Like the new PBS series, Warren’s story spans centuries and lights up shadowy corners of American history with important memories of Indian culture and survival. Warren’s family connects with many key episodes in Indian history, including the tragedy of boarding schools that imprisoned thousands of Indian children as well as the traumatic effects of alcohol abuse and bigotry. He writes honestly about the impact of these tragedies, and continually returns to Indian traditions as the deepest healing resources for native peoples. He writes about the wisdom that comes from practices such as fishing, hunting and sharing poetry. This memoir is an essential voice in the chorus of Indian leaders testifying to major chapters of American history largely missing from most narratives of our nation’s past.