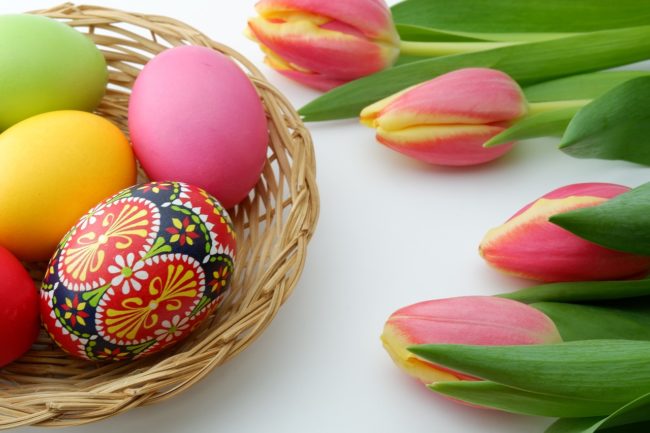 SUNDAY, APRIL 21, and SUNDAY APRIL 28: EASTER is the most important Christian celebration of the year in both Eastern (Orthodox) and Western churches—but the two branches of Christianity will mark the date one week apart this year.

Hot cross buns, chocolate bunnies and brunch soufflé fill tables and baskets of plenty on this joyous holiday, as families and friends gather to mark this, the focal point of the Christian calendar. Lilies adorn altar spaces and remind churchgoers both of resurrection (blossoms from dormant spring bulbs)—and that Jesus enjoyed a form of lily himself as is evidenced in the Gospel of Luke. The 50 days following Easter are called Eastertide.

(Note: Though termed Pascha in the Eastern Christian Church, the themes are similar across East and West.) 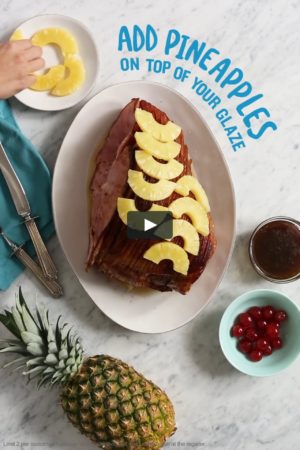 Click the image to watch a video on three ways to finish an Easter ham. Courtesy of Vimeo

EGG HUNTS AND HAM TO BELLS AND LAMB

Did you know? First evidence of the Easter festival appears in the mid-2nd century.

In his crucifixion, Jesus died on a Roman cross. That evening, according to Christian tradition, Joseph of Arimathea asked for the body, wrapped it in linen cloth and laid it in a tomb. Saturday passed, and early on Sunday morning, Mary Magdalene (and, some Gospels attest, other women in attendance) visited the tomb of Jesus. Much to their surprise, the tomb’s stone was moved, and a messenger announced that Jesus had risen from the dead. Gospel accounts vary regarding the messenger’s specific message and the women’s response, but all emphasize that the empty tomb was witnessed. To this day, sunrise services are popular in some regions on Easter Sunday, echoing the traditional stories of the empty tomb.

In the church, Easter is followed by the 50 days of Eastertide, which comes to an end on Pentecost Sunday.