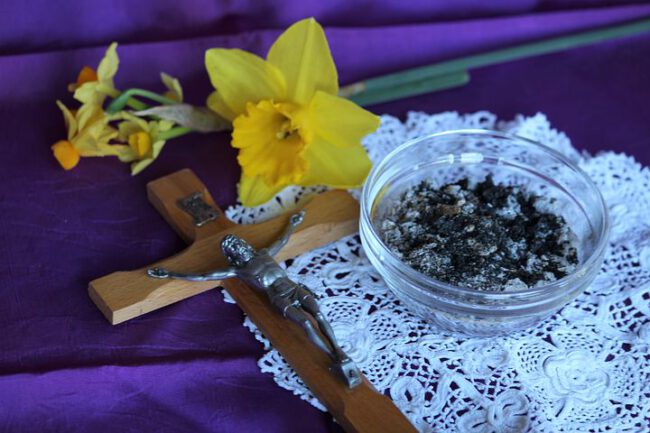 TUESDAY, FEBRUARY 16 and WEDNESDAY, FEBRUARY 17: Whip up a batch of indulgent treats rich in eggs, sugar and cream, and let yourself indulge—it’s Fat Tuesday on February 16! On the following day, Christians will enter the repentant period of Lent, leading to Easter, beginning with Ash Wednesday.

During the last 24 hours before the start of Western Christian Lent, recipes vary by country: English families fry up pancakes, Polish and Lithuanians serve donuts and Swedes and Finns cook up semla pastries. Yet all customs reflect the old Christian tradition of using up the rich foods in one’s home before starting the fasting season of Lent. Then, following Fat Tuesday, more than a billion Western Christians begin fasting for the start of the season of Lent.

A (MOSTLY) VIRTUAL MARDI GRAS: While there will be no Mardi Gras parades this year in New Orleans this year due to the COVID-19 pandemic, the famous city will be still be offering house floats, Mardi Gras cocktails in bars and restaurants, king cakes and more. In addition WYES-TV is releasing a special called “New Orleans Parades from the Past,” in a one-hour program available for viewing here.

(For details on the guidelines in New Orleans, check out the city’s Phased Reopening Guidelines.)

The popular Carnival associated with Mardi Gras, primarily celebrated in Portuguese-, Spanish- and Italian-speaking countries, derives from carne levare, meaning “to take away flesh/meat.” Most years, street processions abound in Brazil and Venice for Carnival, while a customary eating of salted meat takes a literal meaning to the day in Iceland. (AFAR has an article on what Mardi Gras will look like in during the pandemic.)

PANCAKES & RACES: Indulging in paczkis (pronounced pounch-keys) may be customary in the United States, but the custom of eating pancakes in the United Kingdom takes place on such a massive scale that the tradition has all but been renamed “Pancake Day.” The most famous pancake race has been held annually since 1445 in Olney at Buckinghamshire (this year, the race has been canceled, but with plans to bring it back in full in 2022.) Legend has it that a housewife was once so busy making pancakes that she lost track of the time until she heard the church bells ringing for service, and she raced out of the house while still carrying her pan with pancakes. In Olney, contestants of the pancake race must carry a frying pan and toss pancakes along the race course; all participants are required to wear an apron and scarf. A church service always follows the races.

AUTHENTIC RECIPES: For all of those staying home on Mardi Gras, check out recipes for everything from jambalaya and crab cakes to king cake at Taste of Home and Southern Living.

In the Western church, Ash Wednesday is a day of repentance and prayer. During a liturgy marking the day, a church leader typically swipes the ashes into the shape of a cross on the recipient’s forehead. Rather than wash the ashes, recipients are supposed to let the ashes wear off throughout the remainder of the day as part of their spiritual reflections.

2021 update: This year, many churches are offering alternatives to the typical Ash Wednesday services. Some are offering the application of ashes on the forehead via a cotton applicator, while others are offering DIY ashes. Check with your local congregation for details.

The Gospels of Matthew, Mark and Luke detail the story of Jesus spending 40 days fasting in the desert, where he is repeatedly tempted by Satan; similarly, Lent marks 40 days—not counting Sundays.

CLEAN MONDAY: Eastern Orthodox Christians will start Great Lent the same week as Western Christians, this year, and in 2021, March 2 is Clean Monday—the start of the fasting period for Eastern Christians that prohibits meat, dairy and various other foods. (For those following the Julian calendar, Clean Monday falls 13 days later, on the Gregorian March 15). Clean Monday—a public holiday in Greece—is commemorated with outdoor picnics, kite flying and shared family meals.