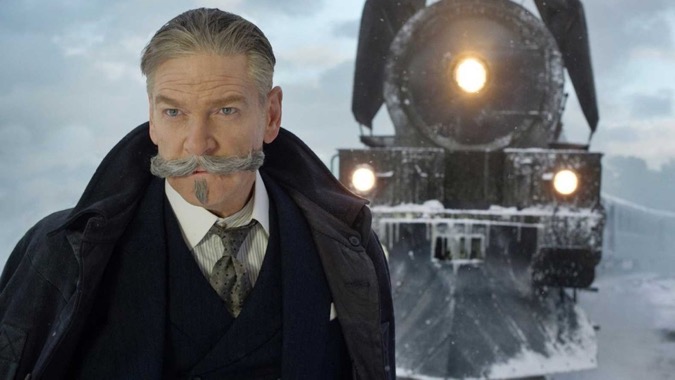 EDITOR’S NOTE—Our contributing writers share our long-time commitment: Good media builds healthier communities. So, we always are pleased to bring you their fresh stories of hope. Recently, we shared a story about a handmade quilt that looks like home—actually, all of our homes—and we published a story about two women leading a retreat to help university students wrestle with the tensions they face on campus. This week, Benjamin Pratt writes about the inspiring connection he made between his visit to the Old City of Jerusalem—and a inspiring remake of an Agatha Christie mystery.

Recently, I prayed at the Western Wall in Jerusalem—a defining experience in a sacred setting described as a place where God rests.

I prayed that God would stop resting and be more active to ease the painful tensions across the Middle East.

Five days later, on my flight home, I watched the 2017 film version of Agatha Christie’s Murder on the Orient Express, a special project for director and actor Kenneth Branagh working with a screenplay by Michael Green.

The opening scene takes place at the Western Wall! That got my attention—I was just there! In that scene, Hercule Poirot solves a mystery involving a rabbi, a priest and imam.

Even more coincidence: Days earlier our Jewish guide in Israel had told us that, in his opinion, the only solution to the strife among nations in the Middle East would come if determined, powerful religious leaders of the three faith traditions would provide the leadership. Then he said very soberly: “I don’t think it will ever happen.”

As the film unfolded I began to see that Branagh also was attempting to offer an alternative to seemingly impossible conflicts—in concert with the best of our religious traditions.

Branagh, who also plays Poirot, says of the film: “There are not only the questions of who did it, how did they do it, and why, but also the question of what now represents justice. And that issue of what justice is—when concerning crimes born out of revenge—goes quite deep in analyzing whether an eye for an eye and a tooth for a tooth ultimately is a way to order civilized behavior.”

Agatha Christie’s tales are quite formulaic, which her loyal fans enjoy. In Christie’s tales, everyone eventually gets what is deserved—the moral universe always is set right again.

In her Hercule Poirot mysteries, the Belgian detective acts as her Prime Mover. “I can only see the world as it should be,”  he says. “There is right! There is wrong! There is nothing in between.”

If you’re not familiar with the plot of the Orient Express, here’s a brief recap: We learn that one of the mysterious passengers on the train actually is a criminal who earlier kidnapped and murdered a child in a case loosely based on the real-life Lindbergh kidnapping. In the course of the story, the killer becomes the victim. Poirot learns that the other passengers on the train are not strangers. All of them were traumatized in some way by the killer—and, on this journey, all of them collaborate in his execution.

That’s the basic plot of the novel and earlier radio, TV and movie versions of the tale—making Branagh’s and Green’s expansion of the storyline quite striking!

What makes this new film especially relevant in our world today is their additions to the final scene. This is when Poirot is about to reveal what he has learned about the murder plot—the crescendo of any Christie mystery. First, the detective addresses the central dilemma he faces:

“I have discovered the truth of the case and it is profoundly disturbing. I have seen the fracture of the human soul. So many broken lives, so much pain and anger giving way to the poison of deep grief until one crime became many. I have always wanted to believe that man is rational and civilized. My very existence depends upon this hope, upon order and method and the little gray cells. But now perhaps I am asked to listen, instead, to my heart.”

Poirot then steps before the 12 passengers and says:

“Ladies and Gentlemen, I have understood in this case the scales of justice cannot always be evenly weighed. And I must learn for once to live with the imbalance. There are no killers here. Only people who deserve a chance to heal.”

Ultimately, in this film version, Poirot seems to be reaching for what we might call Restorative Justice today. He has no judicial powers himself in this corner of the world—and decides not to reveal the truth to regional law enforcement authorities. Instead, he makes space for these dozen victims to further wrestle through their past traumas without adding further punishment himself.

Of course, the film is fiction and soon ends, so we never learn more than Poirot’s impassioned plea—lines that do not appear in the original Christie novel. These remarkable words are Green and Branagh appealing to all of us in the audience, today.

At the Western Wall, my prayer was for Restorative Justice that might one day bring balance and healing in our divided world. What stunned me on the flight home was that my prayer was not a lonely voice—clearly Branagh and Green are voicing a similar plea.

If this column finds you, today, ensnared by this “poison of deep grief,” may these words point you further along your journey. And, now, like the film, this column quickly ends.

I have done my part: Sharing these words with you. And, with that—like Branagh—I’ll take my leave.

Now, it’s your turn: Consider sharing this story with a friend.

At the root of our conflicts, I cannot believe we are beyond redemption.

We are not hopelessly evil.

Only people who deserve a chance to heal.

Enjoy looking over Benjamin Pratt’s books in our ReadTheSpirit bookstore.