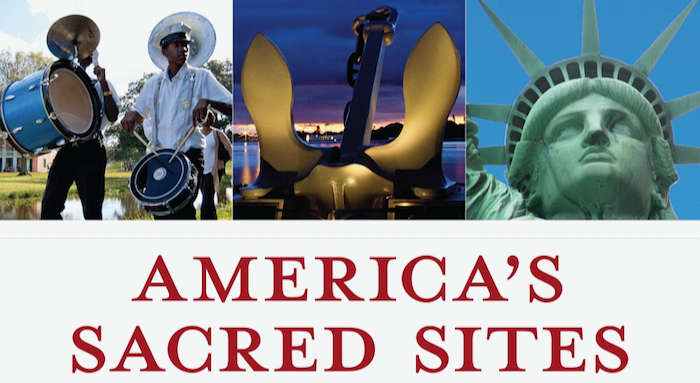 Discovering the Sacred in Our Heartland

What’s the last thing most of our families are thinking about this fall? Taking a road trip. But, that’s exactly what two spiritual guides are inviting us to undertake in a pair of unique, beautifully illustrated volumes that will be a welcome addition to your reading list this autumn and winter. That’s true even if your spiritual “road trip,” for now, is only the start of a plan for yourself as an individual or with your family, friends or congregation. Now is the time to open your horizons, once again, as you think about what defines—and unifies—this vast and diverse nation of ours.

Please, read this week’s cover story and share it with friends via social media, email or your own newsletters.

And Speaking of American Inspiration …

FROM QUIET FIRE—Lincoln scholar Duncan Newcomer takes us from the pages of the current issue of The New Yorker to Lincoln’s nose on Mount Rushmore in a sweeping overview of the many forces that shaped Lincoln’s soul—a reflection that holds out hope for all of us to reinvent ourselves and our nation.

IN OUR FRONT EDGE PUBLISHING COLUMN—“I miss Linda!” That’s the most appropriate way to begin our remembrance of the first author in our 13 years as a publishing house to die—and leave our worldwide community of authors, journalists and editors feeling such a personal loss. That line is appropriate because the climactic line in her picture book for young readers, Sadie Sees Trouble

THIS YEAR, YOM KIPPUR began at sunset on Sunday September 27. We are marking the Jewish High Holy Days this year with inspiring true stories from Howard Brown. For Yom Kippur, Howard reminds us of the ultimate questions we all share: Who shall live? And, who shall die?

Best Wishes to All of Our Jewish Authors …

IN A SPECIAL FRONT EDGE PUBLISHING COLUMN, we highlight the many Jewish authors who have joined our community of writers and teachers since our publishing house was founded in 2007.

BORGEN is streaming now on Netflix. Click this image to read Ed’s entire column about the series.