Peter Wallace: Rediscovering the Emotions of Jesus in ‘Heart and Soul’

Talking about Jesus’s emotions makes some Christians uncomfortable—and with good reason. Studying the realm of Jesus’s emotions opens the door to actually modeling his behavior in the world. It’s an idea that has empowered saints, ministers and huge institutions from schools to hospitals.

The key question: Is Jesus a divine character in a sacred book, reduced to words on a page—or is Jesus alive today and urging us to interact with the world as Jesus once did? That’s the central theme in Day1 radio broadcaster Peter Wallace’s unusual new book, Heart and Soul—The Emotions of Jesus.

Please, enjoy this week’s two-part cover story—and share it with friends. Both Peter Wallace and Duncan Newcomer have new books that are ideal for individual reflection and small-group discussions with friends.

Duncan Newcomer: Reclaiming the humanity of Jesus with Peter Wallace

We say that a book is a community between two covers—inviting readers to join the author in a national conversation. Occasionally that conversation also unfolds between two authors and two books, which is happening this autumn with Day1 radio producer Peter Wallace and Lincoln scholar Duncan Newcomer. Please, enjoy Duncan’s reflections on Peter’s new book. If you do discuss Peter’s book in a class or small group, Duncan’s column may help to spark your conversations.

Extending this conversation is Mark Sappenfield, Editor of The Christian Science Monitor, who devoted a recent Sunday column to Duncan’s new book on Lincoln.

SUZY FARBMAN’s column this week is a true story about suicide prevention—and the need for all of us to learn more about the early warning signs. In this story, Suzy writes about her lifelong friend Rabbi Daniel Syme, who served Michigan’s oldest Jewish congregation for many years—and also is nationally known as a Jewish educator, writer and producer.

GREAT GIFTS FOR EVERYONE ON YOUR HOLIDAY LIST … Americans love books, which is why book sales are rising each year. Our publishing house has a wide array of books—something for everyone on your shopping list. Please, check out this Front Edge Publishing column, which begins with a recommendation of The Flavors of Faith—and offers lots of other ideas, as well.

Click the movie still to read Ed’s review of Beautiful Day in the Neighborhood. 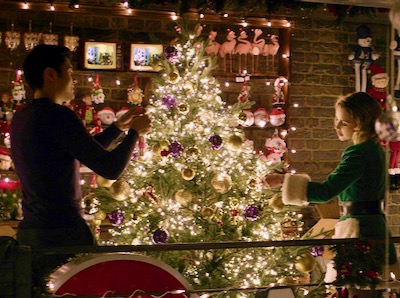