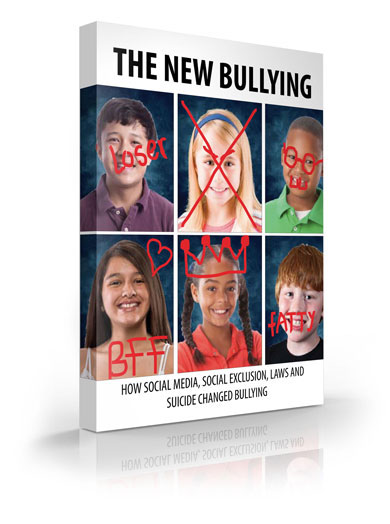 The New Bullying: How social media, social exclusion, laws and suicide have changed our definition of bullying–and what to do about it is primarily concerned with the issue of how bullying has changed from about 1997 to 2012. The authors’ thesis was that bullying has changed considerably, but that some adults are not aware of the change. This book is intended to document that change. Among the changes that were examined are the rise of cyberbullying, social exclusion as a form of bullying, new laws about school bullying, computer crimes and threats and a growing willingness on the part of the public to talk about bullying and its perceived connection to suicide and violence, especially in schools.

“As the mother of an 8th grade girl, I found your Bully Book to be the MOST RELEVANT and up-to-date book I have read on this subject. I think you and your students hit the points right on the head, and I think every parent of a child in middle school should read your book. The topics were so good–just RIGHT ON. Thank you for putting together such a great book. The chapters on the Internet were timely and it opened up a good dialogue with my teenager to find out more about what is going on within their school system and all around them.”