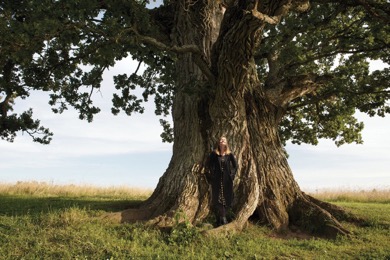 SOUNDTRACK FOR HOPE—This week, we welcome back singer-songwriter Carrie Newcomer, who we’ve featured many times in our online magazine over the years. She is debuting her first full-scale album of the Trump era—singing about the many ways we find hope in troubled times. Often working with her collaborator Parker Palmer, Carrie crisscrosses our nation and brings thoughtful spiritual encouragement to audiences everywhere she goes.

We’ve got samples of her new lyrics, plus links to her touring schedule and to ways you can order her new album—a terrific soundtrack for hope in your household and your community. Please, read this week’s cover story and share it with friends! 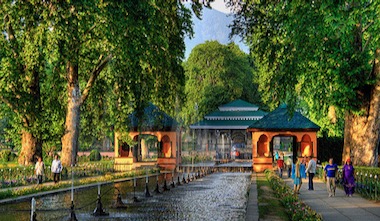 LIVING IN THE WORLD WE HOPE TO SEE—The best books are invitations to jump into communities we’re eager to explore. In this week’s Front Edge Publishing column, Editor David Crumm writes about how this idea lies at the core of successful publishing, today. In this column, you’ll learn about the colorful worlds opening up in recent best sellers—and you’ll learn how one author, Victor Begg, is meeting this challenge every day.

THE DREAM OF KASHMIR—In fact, this week, Victor has written a hauntingly beautiful salute to the beauty of Kashmir, which has been in global news headlines recently for a new and dangerous conflict between India and Pakistan. What we’re forgetting, Victor writes, is that there’s an international treasure behind this conflict.

And Speaking of Communities

MAYAN HEALING RITUAL—Another author who has carried our “community” invitation with him around the world is Rodney Curtis, who is best known for books such as Spiritual Wanderer and A Cute Leukemia. A professional photographer and writer, Curtis takes us this week into the realm of a traditional Mayan healing ritual.

THURSDAY, MARCH 28, this year is Major League Baseball’s Opening Day and, for the second straight year, all 30 teams will play that day. Contributing Columnist Martin Davis brings us a spiritual love letter to the game, this week. Among other reasons to read his columns? We’ve dug up some terrific photos to illustrate Martin’s column. You’re going to want to share this on social media!

AND BACK TO RODNEY CURTIS—Want to read more on the spiritual wonderment of baseball? Check out Rodney Curtis’s novel Hope’s Diamond.

LENT FROM EAST TO WEST—Western Christians—the majority of Christians in the U.S.—began with Ash Wednesday on March 6. Holidays columnist Stephanie Fenton takes a look at  the popularity of Lent in 2019. AND—Stephanie’s column also has a recommendation of our popular book for the season, Our Lent: Things We Carry. THEN—Eastern Christians—perhaps better known as the “Orthodox”—begin their Fast of Great Lent with Clean Monday on March 11. 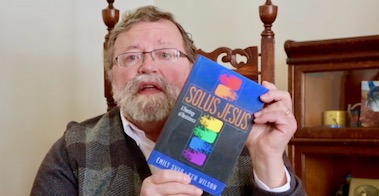 6 BOOKS THAT CAN HELP—News headlines are describing the challenge faced by millions of Christian families, who are discussing the religious inclusion—or exclusion—of LGBTQ family, friends and neighbors. We can help! Since our founding in 2007, ReadTheSpirit.com magazine and Front Edge Publishing have pledged to celebrate diversity, to encourage inclusion—and to publish the rich and inspiring stories of many minorities. That includes religious minorities, cultural minorities, racial minorities and gender minorities. At this historic moment, our Editor David Crumm speaks to us directly in a special video message that describes our six books that can help. Please, watch this video and share it across social media.

FAITH & FILM FOR LENT (WEEK 2)—Ed McNulty continues his day-by-day Lenten reflections on great films, including this one that’s beloved by millions of families around the world. Click on the image to read this week’s daily suggestions.