Responding to ‘The Uncertainty and Mystery’

COVER STORY—As Americans nationwide cope with the anxiety and disruption of Coronavirus, The New York Times points out that our world lacks a strong unifying figure to calm fears as FDR once did during the Great Depression. Countering that inspirational void, many journalists and writers are working hard to find and lift up such inspiring, unifying voices every day.

‘WE MUST RISE WITH THE OCCASION’ From Maine—where author Duncan Newcomer broadcasts his weekly public radio series Abraham Lincoln: Quiet Fire—Duncan is highlighting Lincoln’s response to deadly epidemics. Our ReadTheSpirit special issue, this week, begins with the text of Duncan’s two upcoming episodes. Please, share this story—and others on our front page this week—with friends and co-workers.

BIAS BUSTERS:
FIGHT THE VIRUS, NOT EACH OTHER

HEROIC JOURNALISTS—One of the journalists working every day to reduce fear and combat bigotry is MSU School of Journalism’s Joe Grimm, the head of the Bias Busters teams that have produced more than a dozen books to provide fair, accurate and balanced information about racial, ethnic, religious and gender minorities. Please, read our Front Edge Publishing column this week about Joe’s work and you will discover an amazing daily resource for celebrating our cultural diversity. After you’ve read that column—share it with a friend.

FROM ITALY: ‘FAITH IN A TIME OF CORONAVIRUS’

From Italy’s hard-hit northern region, Elisa Di Benedetto has been writing (and even appearing on U.S. radio) talking about Faith in a Time of Coronavirus. Other journalists are helping Elisa collect—and publish excerpts—of inspiring messages about spiritual resources that can help us to cope in such dire times. Elisa is a co-managing director of the International Association of Religion Journalists and is leading this effort because the IARJ’s core mission is sharing encouragement and timely story ideas with other journalists. Please, read the latest collection of these words of spiritual wisdom at the IARJ website.

FROM WASHINGTON D.C.:
A HYMN OF GRACE 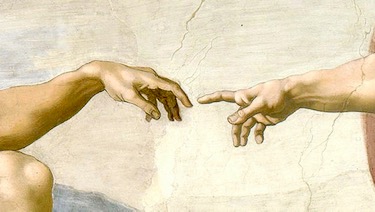 WHAT GOOD CAN COME FROM D.C.? In fact, there’s a lot of spiritual wisdom in Washington, including the ongoing work of teacher and author Benjamin Pratt. Like Elisa Di Benedetto in Italy, Ben (and his wife) live in a virtual “petri dish”—a senior-living community that is widely regarded as a high-risk setting during such a pandemic. You can see from Ben’s books on his Amazon author page that one of his pastoral specialties is caregiving—so Ben wrote this inspiring reflection on living in a season of fear. He reminds us: We certainly aren’t the first to face such seasons! In fact, great teachers—and songwriters—of the past can help us to remember that the surest antidote to fear is a return to thankfulness.

FROM GEORGIA:
‘We Need Each Other Now More Than Ever’

DR. DAVID GUSHEE continues to teach his Sunday School class, even though his church in Georgia is like so many nationwide that have physically closed their doors temporarily. Dr. Gushee, the author of the landmark book about Christian inclusion Changing Our Mind, spoke with a reporter from Word & Way, a Missouri-based Christian magazine, about the importance of remaining connected as congregations. His class will now meet virtually for a few weeks. “I believe that we need each other now more than ever,” Gushee told Word&Way. “When I heard that our congregation was canceling church meetings for many weeks, I felt that if I didn’t right away arrange for our class to meet (at the exact same time as usual) this first week apart, that we would never do it. I wasn’t willing to let that happen.”

A NATIONAL NETWORK OF HOPE—Want more messages of hope? Listen to the Day1 radio network, hosted by Peter Wallace for the best of mainline Protestant preaching in a radio series that stretches back 75 years! Also, beyond the audio and video at Day1, you’ll always find inspiring columns on the front page of the network’s website. (In fact, you’ll occasionally find “shout outs” to ReadTheSpirit writers.) This week on Day 1’s front page, you’ll find the full text of an inspiring sermon by the Rev. Mandy Sloan McDow, based in Los Angeles and one of the leading United Methodist preachers of our time. You’ll also find the thoughtful message from Episcopal Presiding Bishop Michael Curry to his denomination. And, you’ll find one of an ongoing series of meditations from the best-selling author Frederick Buechner. Lots to enjoy at Day1!
.

NO KIDDING! This little video is going—ahhh, well, we won’t say “viral” anymore, will we? Spotted from the World Health Organization by our Publisher John Hile, it takes just a minute to watch—and it will change the way you wash your hands forever! (If you don’t see a video screen below, then hop over to YouTube to see it there.)

A PERFECT YEAR FOR ‘OUR LENT’—Holidays & Festivals columnist Stephanie Fenton reported on the start of Lent recently for 2 billion Christians: “With Lent quickly approaching and Easter on the horizon, Western Christians enter the season of repentance.” (Click to read more.)

The annual observance of Lent—the season of spiritual reflection leading to Easter—is growing across the U.S. Around the world, 2 billion men and women mark Lent as a part of the Christian calendar.

If you’re looking for an inspiring book to read day-by-day along your own Lenten journey this year, we recommend Our Lent: Things We Carry.

These 40 daily stories by David Crumm highlight 40 “things” that Jesus and his followers encountered in the final days of his life, which is the biblical story Christians remember as Easter approaches. Then, each chapter connects the Bible lesson with our own daily lives—as well as the lives of men and women who are celebrated in our culture, including the spiritual writer Thomas Merton, the actress and singer Judy Garland, the country musician Merle Haggard and even the beloved Cat in the Hat.

St. Patrick without a Parade

HOLIDAYS COLUMNIST STEPHANIE FENTON has the story with links for recipes you can enjoy at home, even some books and other resources you’ll enjoy as you Think Irish this week.

‘WELCOME SPRING!’ That’s what people are saying across the Northern Hemisphere, marked by the vernal equinox. Though the names and specific rituals differ, the theme throughout all of the above holidays is joy in the promises of new life; a specific joy that comes with the spring season. As the darkness of winter lifts, communities rejoice.

Among Ed’s free reviews and columns are these 10 recommending movies that are guaranteed to lift your spirits—and are available for streaming right now via Amazon and/or Netflix. (Psst! This list of 10 actually recommends a full dozen films.)