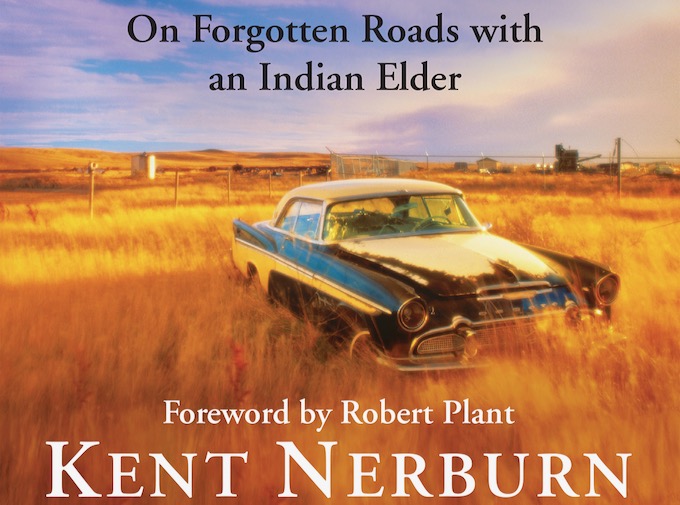 ‘ALWAYS TEACH BY STORIES.’ That’s best-selling author Kent Nerburn’s vocational advice to anyone who wants to leave a wise legacy among the people we come to know and love. Kent certainly has done that through his long series of books. Now, Kent’s milestone best-seller Neither Wolf Nor Dog is turning 25 and, for the first time in our coverage of Kent’s adventures, we have permission to share an excerpt from the beginning of that classic. These are the events—starting with a seemingly commonplace telephone call from a distant corner of the Great Plains—that led Kent deep into a life-changing adventure. Please, enjoy this excerpt and share it with friends.

… AND SPEAKING OF EXCERPTS

CONTINUE READING WITH this excerpt from Our Muslim Neighbors, by Victor Begg, which was just published by the progressive Muslim magazine AltMuslimah.com. This passage comes from the opening pages of Victor’s book, beginning with the words: “I am an accidental activist.” The AltMuslimah online magazine began as a discussion forum on gender in Islam—and has expanded to include diverse perspectives and personal stories related to Islam both from Muslim and non-Muslim writers. This website’s reach now includes connections with various universities and other news media, including The Washington Post. Now, Victor’s book is a part of that national forum. Clicking on this photo takes you to the book’s Amazon page. The text link in this news item takes you to Glenn’s new column on faith and focus.

AIMING AT OUR HEARTS

GLENN WAGNER ON FAITH and FOCUS—The author of God Incidents: Real-Life Stories to Strengthen and Restore Your Faith, Glenn Wagner, offers this wise and inspiring reflection on how focus relates to personal connection both in faith and in writing. Glenn is a United Methodist pastor and wrote this column for his colleagues in ministry about the importance of understanding our audience’s needs and interests. Glenn’s thoughts, in this column, are aimed both at other writers and also at people working in ministry. Please, enjoy Glenn’s thoughts and share them with friends.

AND, PLANNING FOR HOLIDAY GIFTS?

FRONT EDGE PUBLISHING Marketing Director Susan Stitt adds an important reminder to anyone planning to give books as gifts for the year-end holidays. In recent years, shortages have slowed the publishing industry to a crawl as year-end orders pile up. A JEWISH OUTDOOR FESTIVAL—Following the Jewish High Holidays each year, Jews enter a joyous “Season of our Rejoicing.” It is time for Sukkot, an ancient harvest festival. Tradition calls on Jews to construct and then dwell in temporary structures, called sukkahs, during Sukkot, in memory of the ancient Israelites’ living quarters during their 40 years in the desert. Holidays columnist Stephanie Fenton has the colorful story of this popular festival, which many Jewish families share with their non-Jewish friends and neighbors.

FAMILY DINNERS AND PROUD MEMORIES—Every year, Canadians lead all North Americans in an early autumn festival of thanksgiving, which also includes a special focus on Native peoples. Americans won’t be serving turkey and all the trimmings for more than a month after that. Stephanie Fenton’s story also links to the news about the world’s second-largest Oktoberfest, which is held to coincide with Canadian Thanksgiving.

A NATION DIVIDED—Many years ago, Columbus Day was universally marked across the U.S., especially as an occasion for Italian-American pride. However, in more recent years, many communities have decided they should focus on Native American heritage. New for 2019, the Pew Research team has mapped the U.S. to show the varying approaches to this autumn holiday. Stephanie Fenton has the story.