Retired Col. Clifford Worthy, 92—the oldest living Black graduate of West Point—stands shoulder to shoulder with members of his family.

OUR COVER STORY IN A WEEK OF HIGH ANXIETY—As we move through a week of anxiety in America that none of us have experienced at least since the aftermath of the 9/11 attacks two decades ago, we are offering an eloquent appeal—you might think of it as a classic Psalm crying out for help and hope—from one of America’s true heroes: retired Col. Clifford Worthy, the oldest living Black graduate of West Point at age 92.

Please, read this cover story from Col. Worthy—and share it with friends via social media, email or even by printing out the story (there’s a convenient print button at the end of all our stories) and giving it to someone you know who would find inspiration and hope in these words. 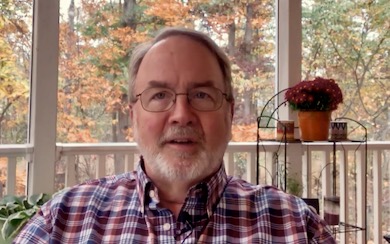 IN HIS “LEADING WITH SPIRIT” short video this week, author and leadership coach Larry Buxton reminds us of the value of actually listening to other people. In part, he says: “What we’re learning is that humility and listening show a different type of strength—the strength of curiosity. The strength of not thinking less of yourself, but thinking of yourself less. Valuing others. The strength to set your own ego aside for a few moments and really listen to someone else.”

Please, visit Larry’s leadership website and watch this very timely 5-minute video, which you are free to share with others. It’s easy, because these are YouTube videos with easy sharing options built into the video screen. While you’re at Larry’s website, go to his homepage and sign up to get one free email each week with a new leadership video.

DUNCAN NEWCOMER’S QUIET FIRE column this week looks at the way Lincoln dared to reach across the aisle to discover new friends—when their values aligned with his vision of America, whatever their official political affiliation might be. Almost every day, in this election year, Americans are looking toward Lincoln for wisdom—sometimes pointed in that direction by politicians and sometimes appearing in the pages of major newspapers and magazines. Just this week, for example, The New York Times published a long story about all the dangers Lincoln—and all Americans—faced in the 1860 election.

‘CHANGING OUR MIND,‘ Dr. David Gushee’s book has helped to change the relationships in thousands of Christian families that have struggled with acceptance of LGBTQ loved ones. In this week’s Front Edge Publishing column, we explain what that publishing milestone really means.

Plan Ahead for Veterans Day!

ON NOVEMBER 11, this year, a new National Museum of the United States Army will open in Virginia with a live-streamed ceremony followed by public access following COVID-19 safety procedures. Stephanie Fenton’s column includes a 3-minute video about the new facility. And, at the close of her column, she has a convenient link to the online clearinghouse for news-updates about special restaurant offers to treat vets on this national observance. 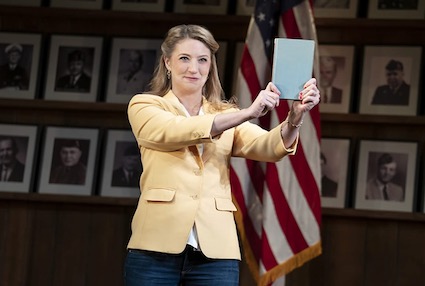