‘LIGHT SHINES IN THE DARKNESS’ 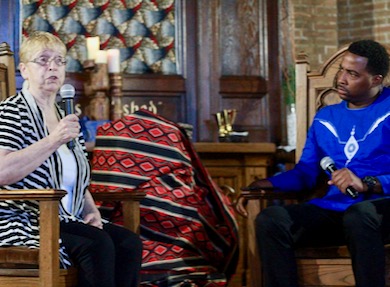 TAKING A MESSAGE OF HOPE ON THE ROAD—Our online magazine takes our vocation seriously: “Good media builds healthier communities.” That’s why we publish stories (and books) like the one featured in our Cover Story this week.

Lucille Sider, a clinical psychologist and clergywoman, is carrying her message of honesty and hope to audiences nationwide. That story begins with her new book-length memoir, Light Shines in Darkness: My Healing Journey Through Sexual Abuse and Depression.

ANNI REINKING APPOINTED—In addition to highlighting the work of Lucille Sider, this week, we are celebrating the appointment of author and scholar Dr. Anni Reinking to a new Illinois-state-wide assessment team of early childhood education programs. In Anni’s column, she explains why this often-hidden bias is difficult to identify and has remained a problem for so many years. 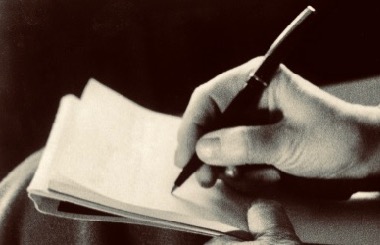 And speaking of helping others …

SHARING OUR WISDOM—What an appropriate Suzy Farbman column this week! Our magazine, this week, opens with stories from two authors who are traveling far and wide to bring their wisdom to bear on urgent challenges affecting families. This week, Suzy writes a wonderful remembrance about two real-life uncles who knew a thing or two about how to deliver wisdom—so that it would be remembered many years later.

HARVEST FESTIVALS already are on the horizon, including Lammas and Lughnasadh with centuries of tradition in the UK, including the baking of special loaves for a festival on or near August 1. Stephanie Fenton has the story. If you’re looking for festivals in your corner of the world, remember to Google local events early—because some regional festivals are moved, these days, to more convenient weekend days. 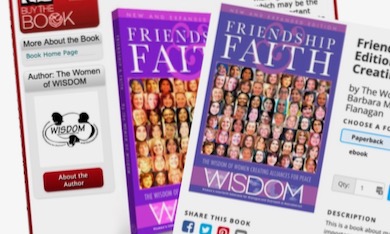 Why Do We Have 2 Bookstores?

THE ANSWER MAY SURPRISE YOU—We actually sell books from 100s of bookstores around the world. In this week’s Front Edge Publishing column, David Crumm writes about the two bookstores we maintain. He explains why book distribution can be a huge challenge, facing issues from price fluctuations to random messages about unexplained delays. And, he looks at how we address those challenges by offering our authors and readers lots of options!

Click the movie still to read Ed’s look back at Do the Right Thing.