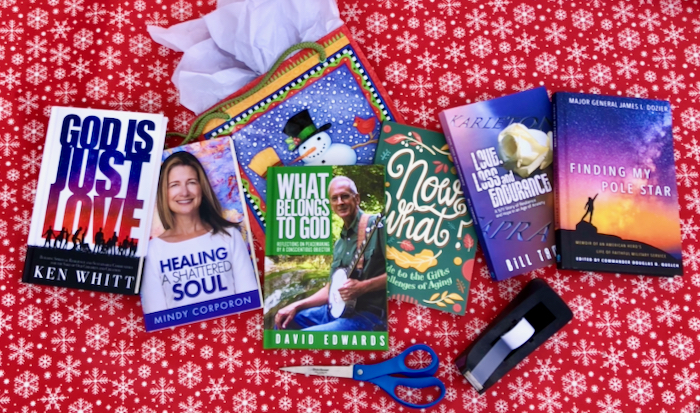 Our Peacemakers Also Guide Us in Coping with Tragedy and Loss

THIS YEAR AS YOU SHOP FOR LOVED ONES, please consider some of the very timely books produced by our authors. In this Cover Story, Front Edge Publishing’s Susan Stitt describes a half dozen of these books. They are inspiring and several of them are packed with great ideas for families to explore in the new year. And, please, help all of our authors by sharing this story with friends on email and social media. 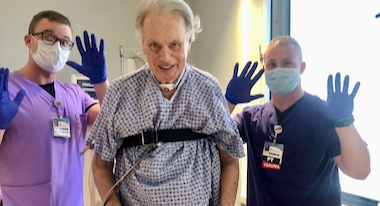 Our God-Signs columnist returns to our magazine this week with the inspiring story of famous Indianapolis restaurateur Steve Huse and his months-long odyssey with COVID. Despite more than 100 days in a hospital, much of that time on a ventilator, Steve survived—then had to relearn basic life skills such as how to walk again. Through it all, his wife Lila rallied family and friends to boost Steve’s spirits. Now, Lila shares some of the lessons her family learned in helping to bring Steve through his life-and-death struggle. 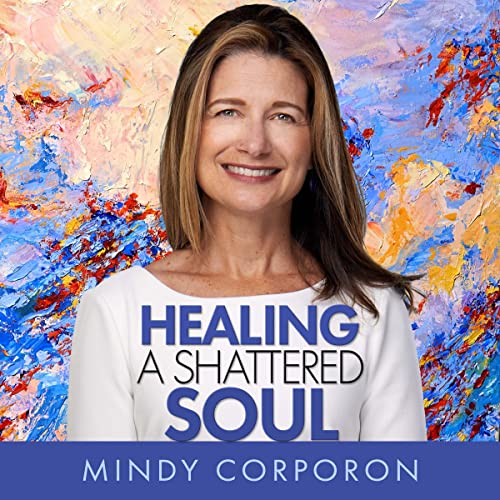 How Can We Helpfully Respond after a School Shooting?

MINDY CORPORON is a nationally known advocate for the thousands of families affected by tragedies each year—drawing on hard-earned wisdom she has gathered after a terrorist attack struck her family. Now, Mindy’s life’s work has become a multi-faceted effort to share spiritual solace as well as very practical ideas for coping with trauma and loss. Her podcasts and programs already have helped men, women and young people nationwide. So, this week, when a 15-year-old gunman unleashed a shooting rampage inside a Michigan high school, Mindy immediately responded with examples of the many practical ways neighbors can respond. Please, read this timely column in our We Are Caregivers section and share it with friends.

In the Mysteriously Inspiring Flint Hills

JOURNALIST Bill Tammeus takes us this week to the Flint Hills. If you’ve never heard of this awe-inspiring stretch of America, here’s just one line from Bill’s column: “The plains, the Flint Hills, the prairie—these, too, are active mystery, fresh every minute.” Enjoy!

ON MONDAY, DECEMBER 6, the man behind our beloved Santa Claus stories—St. Nicholas or Sinterklas or San Nicola—will be celebrated by Christians around the world. Our Holidays & Festivals columnist Stephanie Fenton reports on this festival, which a growing number of American Christian families are celebrating as a religious antidote to the commercialization of the Christmas holiday.

STEPHANIE ALSO REPORTS ON the start of the Western Christian Advent season, this year, on November 28. She includes a link to making a DIY Advent wreath with candles for each Sunday of Advent.

AND, she reports as well on the start of the Eastern Orthodox Nativity Fast, the traditional period of preparing for Christmas, which began even before American Thanksgiving this year.

Click on this photo to read Ed McNulty’s review of “Passing.”