This year, our online magazine is highlighting emerging stories about relationships with our Native American neighbors. We have been reporting on both the tragic history and the multi-faceted opportunities, today, in establishing such cooperative relationships. As residents of North America, we have an enormous amount of work ahead of us, including coming to terms with centuries of trauma in North American Indian boarding schools.

For this week’s Cover Story, we asked journalist and author Bill Tammeus to report on an important nationwide effort to open up these relationships by taking a small first step: land acknowledgment. His story not only explains the practice of land acknowledgment. Bill also provides many links to great reading and online resources—including a very useful Native Land app for smartphones. Please, read this story and share it with friends.

IN THIS WEEK’S ‘LEADING WITH SPIRIT’ video, author Larry Boxton reminds us: Next to the Seven Deadly Sins, the Cardinal Virtues are apt to look pale and unenterprising—but appearances are notoriously untrustworthy. Larry zeroes in on Prudence and points out how that virtue, alone, can be both a huge challenge and a very helpful guide. Note: In the illustration above from the Vatican palace, Raphael painted (from left) the Cardinal Virtues of Fortitude petting a lion, Prudence holding a mirror and Temperance holding reins. If you’re curious, here’s a higher res version.

WE ARE CAREGIVERS—In this special section of our online magazine for caregivers, Susan shares links to two of the most important websites that act as national clearinghouses for helpful information about caregiving.

In our Front Edge Publishing column, this week, Susan also specifically invites our authors and contributing writers around the world to send us news items about your own work related to caregiving.

WE’VE GOT the story about Halloween 2021, plus related observances at this time of year. Plus, in that story, you’ll find helpful links to tips for parents and ideas for parties and family fun.
.

Lighting Up the Night for Diwali!

COMING NOVEMBER 4—In her Diwali column, Holidays & Festivals expert Stephanie Fenton writes, “In recognition of the triumph of light over darkness, Diwali bears great significance for Hindus, Jains and Sikhs alike; as awareness of Indian culture spreads, major celebrations now are hosted around the world.”

Click on this image to read Ed McNulty’s review of the new movie, Sons and Daughters of Thunder. 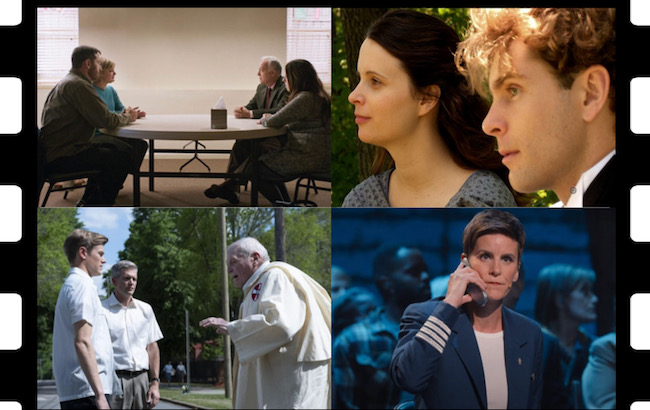 Click on this image to learn more about the OCTOBER issue of Visual Parables Journal, which includes full discussion guides for many movies including Mass, The Eyes of Tammy Faye, Sons & Daughters of Thunder, Son of the South and The Guilty.