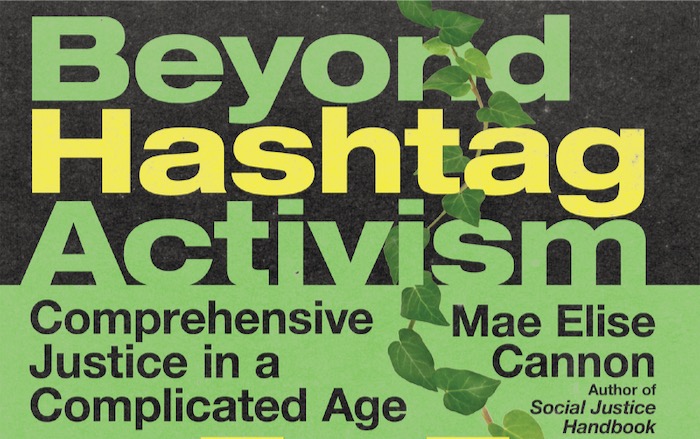 What We Need to Know—To Take Action Now

A CRASH COURSE ON FAITH AND INJUSTICE

Just as Marie Kondo has built an international following for her advice on organizing your home—Mae Elise Cannon has become a leading Christian expert on sorting out the often-confusing impulses of your heart.

Mae Elise Cannon is a Christian ethical organizer. Her encyclopedic new handbook is titled Beyond Hashtag Activism: Comprehensive Justice in a Complicated Age and covers lots of life-and-death topics, including the Black Lives Matter movement, the #MeToo movement and the rights of LGBTQ people. Her book is as timely as today’s front-page news.

Please, read our Cover Story and share it with friends. Cannon’s book comes with study questions woven into the text, making it perfect for small-group discussions in congregations.

Lincoln’s Own Indictment of White Responsibility

DUNCAN NEWCOMER’S QUIET FIRE column, this week, follows on a central theme of our cover story with Mae Elise Cannon. One of the most difficult truths of the Black Lives Matter movement is that White America bears the responsibility for our institutional racism. In her book, Cannon puts it this way: “Racism in 21st-century America is a reality. Acknowledging racism means understanding that white people hold social and institutional power over people of color.”

In his column, Duncan reminds us that—even as he was proposing emancipation during the Civil War in 1862—Lincoln understood this crucial point, as well. Please, read Duncan’s column and share it with friends.

DID YOU KNOW that millions more Americans suddenly became caregivers in the midst of this pandemic? Our common estimate for years was that 43 million Americans served—either by choice or necessity—as caregivers. Now, studies show it’s more than 53 million! Our publishing house has valuable resources for caregivers. Please read this week’s Front Edge Publishing column about a valuable book that can help you—or someone you love—cope with caregiving. NOTE: This column also gives readers several share-able links to the latest data on caregiving, including a newsy chart you can share with friends—and a major report on the scope and scale of caregiving, today, which is free to download and share.

DRAMATICALLY DOWNSIZED HAJJ IS AN OPPORTUNITY TO MEET OUR MUSLIM NEIGHBORS

The thousands of Muslim men and women who normally would be packing up for their once-in-a-lifetime journey to Mecca this month aren’t going anywhere, this year. Due to the pandemic, Saudi Arabia is turning this event that normally involves millions into a symbolic ritual for about 1,000 people. This is an opportunity for all of us to reach out to Muslim neighbors and co-workers and ask about family customs—as our holiday story by Stephanie Fenton suggests.

If you’d like to simply skip ahead to ordering your own copy of Victor Begg’s Our Muslim Neighbors—which includes a section on the Hajj—please follow this link to Amazon right now.