WE WORK TOGETHER;
BUT DON’T ALWAYS UNDERSTAND EACH OTHER 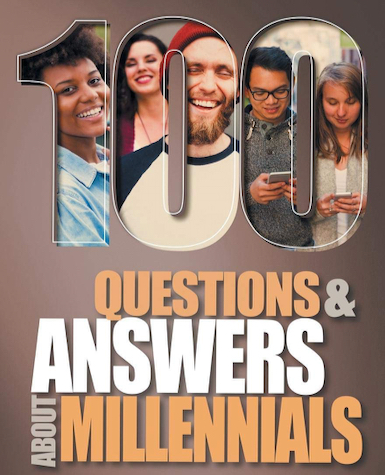 NOW THERE’S HELP—Have you ever said something to a group of co-workers or neighbors and suddenly had the sinking feeling that they didn’t understand a word you just said to them? Why can’t those “young people”—or those “older people”—understand us?

Right now, Americans have four huge generations in the workforce and lots of time and energy is wasted because we simply miss cultural cues from each other. That’s why the Michigan State University School of Journalism Bias Busters team has just published its first double-sized guidebook: 100 Questions and Answers about Gen Xers—and on the flip side of the book, an entire second book begins: 100 Questions and Answers about Millennials.

In our Cover Story this week, we preview some of the key questions. There’s even a two-question Pop Quiz. It’s super simple. (Or so we thought!)

Please, read this Cover Story, get the guidebook—it’ll make life so much easier for you in the future—and tell friends about this news. 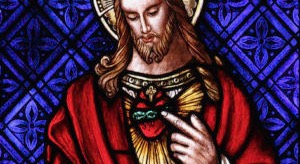 FRIDAY JUNE 28—Holidays & Festivals columnist Stephanie Fenton reports on observances from many faith and cultural traditions. This week, she explains the centuries-old traditions behind a familiar Catholic symbol known as The Sacred Heart of Jesus.

ARE YOU READY FOR JULY 4?

MILLIONS ARE PLANNING PARTIES—So, before you finalize your plans, read Stephanie Fenton’s column about the holiday, which contains a dozen fascinating links to everything from recipes to tips for a successful party.

Make a Difference This Week

VICTOR BEGG APPEARS IN DC—The author of Our Muslim Neighbors is coming ton Washington D.C. for a Tuesday, June 25, appearance at the popular progressive gathering place Busboys and Poets. The landmark was established 14 years ago as a center of anti-Iraq-War activism by artist, activist and restaurateur Andy Shallal. Will you be in the DC area next week? Stop by the 450 K St NW location at 6 p.m. and see what Victor has to say about the state of our nation today. The name Busboys and Poets was chosen in 2005 to honor Langston Hughes, who once worked as a busboy. Over the years, the venue has become known as “a cultural hub for artists, activists, writers, thinkers and dreamers.” 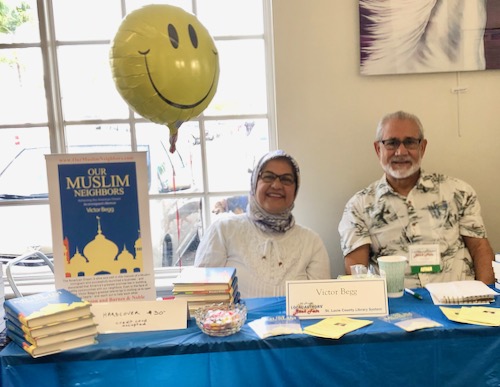 How do authors get paid?

PUBLISHING NEWS—In this week’s Front Edge Publishing column, financial manager Patty Thompson answers the universal question authors ask: “When do I get paid?” The answer is complex and it has caused perennial friction between authors and the publishing industry, nationwide. Patty explains the challenges all publishers and authors face—and she explains how Front Edge has developed best practices that work around those barriers as effectively as we can. Are you an author? Know an author? This is a valuable column to read and to share with colleagues.

Click this image to read Ed’s review of the documentary called simply 5B. 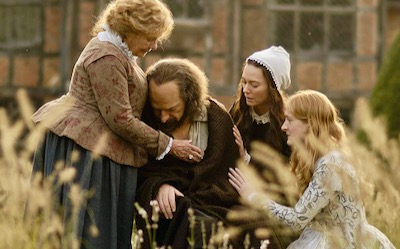 Click the movie still to read Ed’s review of All Is True.