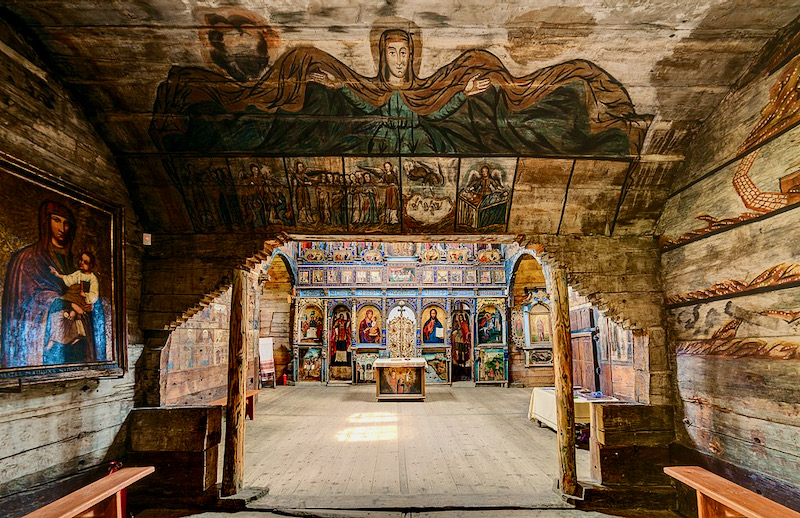 ENDANGERED HOLY SITES IN UKRAINE—This photograph shows the interior of a World Heritage Site: St. George’s Church in western Ukraine. Our Passover, Easter and Ramadan stories this week are illustrated with photographs of historic religious sites in Ukraine that currently are endangered by Russian attacks—so be sure to look at all four of the following stories to see all of the photographs.

Our writers prayerfully reflect on our troubled world

AUTHOR VICTOR BEGG pointed out to us that the convergence of these three Abrahamic observances occurs so rarely that we see it only every three decades. Passover, Easter and Ramadan coincide this year—and will next year—and then we won’t see these three converge again until the 2050s. That’s because, as Victor explains it, Ramadan’s lunar cycle moves the Islamic fasting month “earlier” by about 11 days each year. This rare convergence truly makes this an exceptional week in which our writers are sharing spiritual reflections—focused on their hopes for peace in our troubled world and especially in Ukraine. Please, enjoy these columns—and the photographs as well—and share them with friends.

RABBI LENORE BOHM writes Passover’s power to inspire action: This year, we will be thinking of Ukraine (the accompanying photographs show the Brodsky Synagogue in Kyiv).

MARKING RAMADAN, Victor Begg reminds us that all of our faiths call on us to be peacemakers (with photos of the Al-Salam Mosque in Odessa).

And, more timely reflections from our writers

Then, she reports on Easter, also known as Pascha.

Complain about baseball? Not this fan!

‘Let’s play ball!’ writes journalist and author Martin Davis as he enjoys his first baseball game of the season. You’ll find his homage to the start of the baseball season on this page in the Virginia-based Free Lance-Star, where Martin now is Editor of the Editorial Page.

If you enjoy Martin’s columns about sports, then you’re sure to enjoy his new book 30 Days with America’s High School Coaches, available from Amazon in hardcover, paperback and Kindle versions.

His new book was just reviewed by Drew Gallagher, headlined: Interviews reveal insights from those shaping young lives from the sidelines
.

WEDNESDAY, APRIL 13, Mindy Corporon will kick off her annual campaign called SevenDays. Centered in the Kansas City area, this huge effort also shares inspiring ideas and opportunities to anyone within reach of an internet connection. As she describes the goal: “SevenDays overcomes hate by promoting kindness and understanding through education and dialogue.” To learn more, visit Mindy’s website SevenDays.org. You’ll be surprised by the array of stories, ideas, events and inspirational ideas. Mindy is the author of Healing a Shattered Soul. 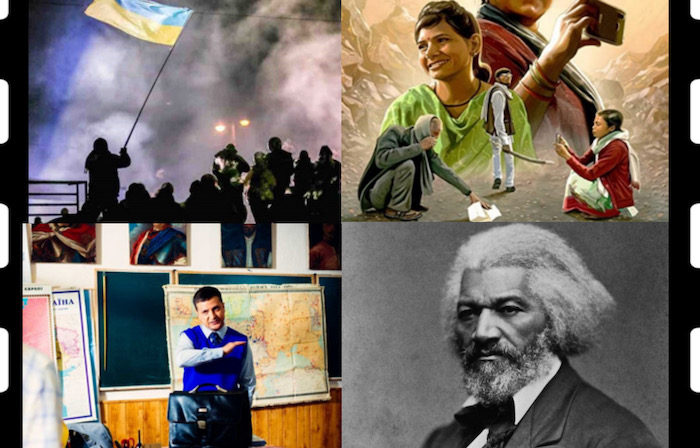 Click on this image to learn about the April 2022 issue of Visual Parables Journal. As always, this new monthly issue is packed with discussion guides to many films, including Winter on Fire—Ukraine’s Fight for Freedom, Writing with Fire, Frederick Douglass in Five Speeches, Flee and Carrie’s War.