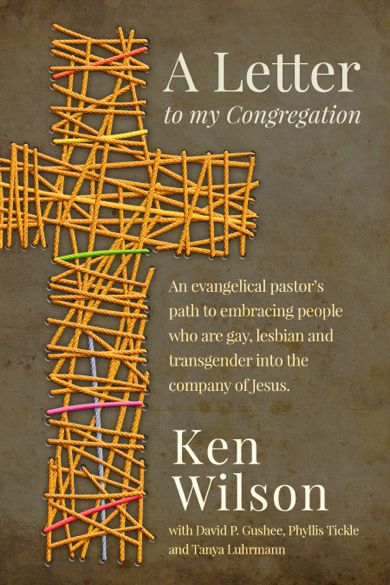 CLICK THE COVER to learn more about the book.

KEN WILSON and the “Third Way,” which he describes in his book, are now a major part of the nationwide movement to heal wounds left by years of anti-gay messages and policies in evangelical churches. Reports from the Pew Research Center, the Public Religion Research Institute and even the evangelical Barna Group all conclude that anti-gay bias is a major factor turning millions of young Americans away from churches. (See this OurValues series to learn more about those reports.)

Ken Wilson is the first pastor of a large evangelical church in America to successfully welcome LGBT Christians through this “Third Way” he describes in his book.

LEARN MORE about the book on this Resource Page, including free sample chapters.

ENJOY an in-depth interview with Ken Wilson about A Letter to My Congregation.

THE FOLLOWING NEWS ITEMS show the wide range of responses to Ken’s book. If you plan an event in your area involving Ken’s book, email us at ReadTheSpirit @gmail.com and your news may be listed here. We invite you to share or re-post any of the following news items to spark interest in your community. YOU CAN HELP SPREAD THE GOOD NEWS, right now, by using the blue-“f” Facebook or envelope-shaped Email icons.

Share this article:
Visit Our Bookstore
Meet Our Authors