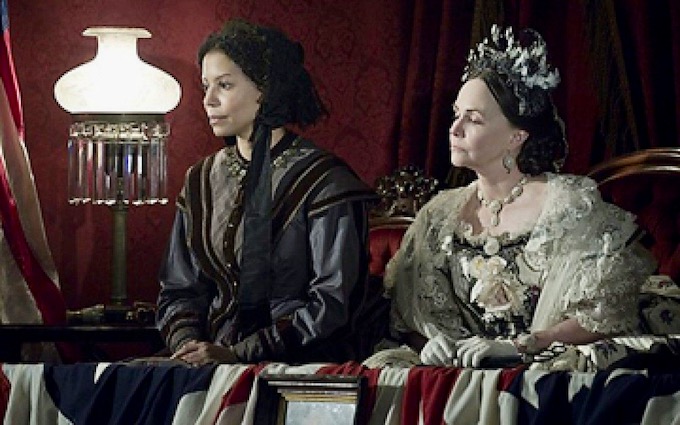 Gloria Reuben as Mrs. Keckley and Sally Field as Mary Todd Lincoln in the 2012 film Lincoln. 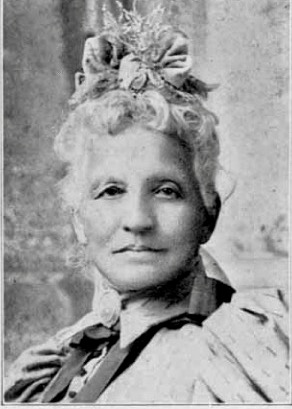 Here’s a Lincoln quote for you. In the script for the movie Lincoln Tony Kushner pictures an encounter on the steps of the White House between Lincoln and his wife’s dress maker and confidante, Mrs. Elizabeth Keckley. He is coming back at night, heavy-hearted, from the War Office.

They begin to talk seriously.

He asks her, “Are you afraid of what lies ahead? For your people? If we succeed?”

She says, “What about you?”

Lincoln confesses, “I—I don’t know you Mrs. Keckley. … I assume I’ll get used to you. But, what you are to the nation? What’ll become of you once slavery’s day is done? I don’t know.”

And he didn’t. Lincoln hated two things. He hated slavery and he hated not-knowing something. This was a teaching moment for Lincoln, a moment for him to learn.

In this scene we see Lincoln at the nexus of his ignorance of Black people. He admits he doesn’t know her, doesn’t really know her.

This is a piercingly honest statement for Lincoln to make—a painful admission for Lincoln—because Keckley had been a part of the Lincoln’s household since 1861, when she began not only making dresses for Mary Todd Lincoln but also became a close friend, advisor and an overall guide in navigating current styles in the cut-throat social world of Washington D.C. As one of Washington’s best-known dress designers, Mrs. Keckley is credited with upgrading the sophistication of Mary Todd’s gowns and personal appearance. Mary Todd came to rely on her for emotional support, as well.

Mrs. Keckley became so close to the family that she often had conversations with both Lincolns in the family’s private rooms. It was Keckley who introduced Sojourner Truth to Lincoln. She had enough resources and organizational skill to establish and run a nonprofit to help newly freed slaves—and the Lincolns actively supported her work. She was with Lincoln when he made his fateful visit to Richmond after the South’s defeat.

On December 12, 2018, The New York Times published a long-belated obituary summarizing Keckley’s life (using the alternate spelling of her name “Keckly”). This was part of the Times’ “Overlooked” project, dedicated to publishing in-depth obituaries of men and women the staff has overlooked throughout its long history. 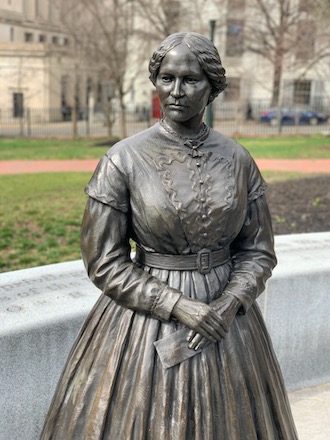 Statue of Keckley at the Virginia Women’s Monument.

Nancy Wartik’s obituary of Keckly says, in part: “The path that had led Keckly to become a first lady’s most trusted friend was almost unimaginable. She survived rape and years of beatings, going on to start her own business and eventually buying her way out of captivity. Then she earned a place as one of the reigning couturiers of high society in Washington. One of a relatively small number of literate slaves, Keckly was also among the first African-American women to publish a book. Her memoir is now considered one of the most important narratives of the Lincolns’ domestic life.”

So, in the Lincoln film, when Lincoln says, ““I—I don’t know you Mrs. Keckley”—that is truly a startling line for Kushner to put in his mouth. And, I believe, it is an honest expression of what Lincoln was suddenly encountering in this new world that was emerging.

That line—that admission—carries a huge weight, because we know that Lincoln hated not knowing things. As a boy he told how he would pace and fret at night in the log cabin when someone has used a word he did not understand or expressed a concept he had yet to fathom. It burned him not to know and he would not rest until he did.

When ideas were mastered, they were etched as if in steel on his mind. His memory was an iron forge.

So pictured as standing dumbfounded before the stately Mrs. Keckley, Kushner puts Lincoln in the classic White person’s position—sad to say, not only at the end of the Civil War but to this very day in many communities. In this encounter across races, Lincoln admits that he doesn’t know who is standing in front of him.

There is a lot to ponder in that scene—and to discuss with family and friends who may watch this film with you.

Are you thinking of streaming the film, or borrowing it from your library? Overall, I can say: I like this film very much. I also caution viewers: The movie makes it look like the Constitutional end of slavery with the 13th Amendment was a sudden legislative idea cooked up by some suddenly good White men being pressured by the President. Of course, there was a very long history of many people—Black and White—hating slavery.

I would also caution viewers, as I have in earlier Quiet Fire episodes: No one suggests that Lincoln’s personal assumptions about Black Americans—or specific policies he was pursuing throughout his presidency—should guide us in our era. Our time is changed. For a long time, Lincoln thought that Black people were a problem to be fixed. He supported “colonizing” Black people back to Africa. He was surprised—when proposing this idea of a Black colony, Liberia,  to a group of Black ministers from Chicago—to hear them say, “Mr. Lincoln we are not Africans. We are Americans.”

In this unforgettable scene in the Lincoln film, it’s not what Lincoln knows that is so important to us today—it’s what he admits he doesn’t know, as hard and embarrassing as it was for him.

We do know: Lincoln hated slavery and he hated not knowing things and in his passion to fill that darkness he has been lighted down in honor, as may we, to the latest generation.

Do you hate not knowing things, too?

START WITH WIKIPEDIA: There’s an extensive article on her, including many fascinating links to go even further in learning about her life and legacy.

READ THE TIMES OBITUARY: Here’s the 2018 piece on Keckly.

READ HER BOOK: As of July, 2020, it’s only 99 cents in the Kindle version, which easily can be read on most smartphones and tablets.

IN THE BARDO, TOO: I’m not alone in recommending Keckley’s own text. In his Man-Booker-Prize-winning 2018 novel, Lincoln in the Bardo, George Saunders quotes from her autobiography to open his second chapter.

WATCH THE DOCUMENTARY FILM: You’re looking for The Life and Times of Elizabeth Keckly, a documentary that currently is not on Amazon’s or Netflix’s streaming list. However, the film is available through library systems and also through Apple TV.